Last week ended Tech Roundup with a look at Cannondale Pro Cycling’s new Sidis, and this week isn’t any different.These are Sidis new Froome Limited Edition shoes, a yellow (naturally) version of their Sidi Wire shoes. They’ve incorporated a reference to the Kenyan flag, a shield and spear badge, to mark the birthplace of the 100th Tour de France winner. We’re guessing they’re a strictly limited release, and it looks like they’re only available in the US, where they will set you back £550.

Ace frame builder Tom Donhou has a habit of regularly posting photos of customers bikes, and the latest is quite a stunner. 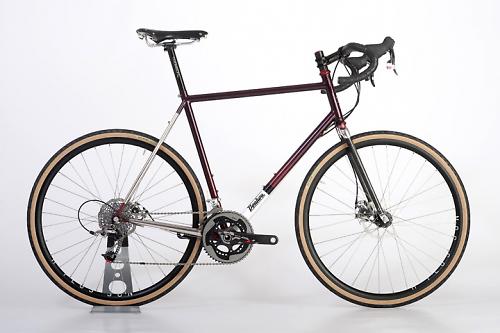 Gravel race bikes are all the rage in the US where they bash along gravel tracks in 300km races, but our lack of such roads in UK hasn’t seen a similar scene develop. The bikes are perfect for UK riding though, and Donhou’s latest creation features a Reynolds 853 frame with a stainless 931 rear triangle with plenty of tyre clearance and space for mudguards. There are also rack mounts so it really is built for any adventure. 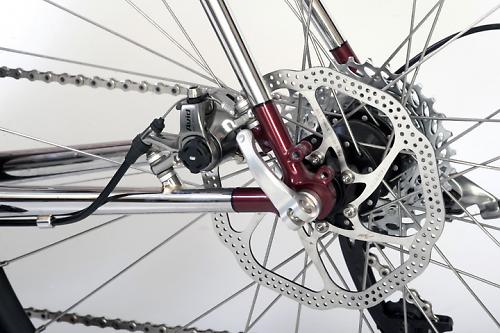 Donhou designed his own very neat rear disc mount. The Avid mechanical brake caliper sits inside rear triangle and the cable is slung under the chainstay and then up the down tube. It’s been built with a SRAM Red groupset and BB7 SL brakes, Hope hubs, Thomson post and stem and a Brooks saddle. The frame is finished with a subtle “have to look twice” fade in the paint from deep red through to a dark plum across the frame. 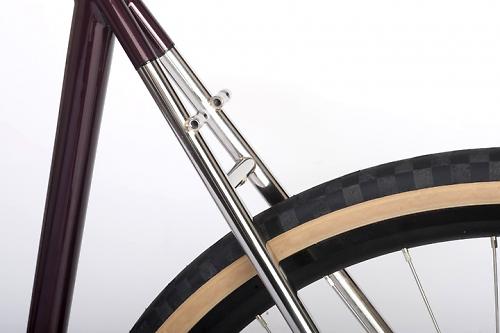 Go check out www.donhoubicycles.com to see it in more detail and some of the other builds on his website.

Looking for some fresh cycling clothing? How about the latest kit from TenSpeed Hero, like this Stealth Club Jersey. Stealth? They’re not talking the bright stripes, it’s alluding to the Italian made fabric used around the shoulders and side panels that wraps the body. The rest of the build is a lightweight summer fabric. It’s a race fit cut, has four pockets for “$20 dollar bills, keys, and charms.” It costs $120. A long sleeve club jersey and women’s version is available too. 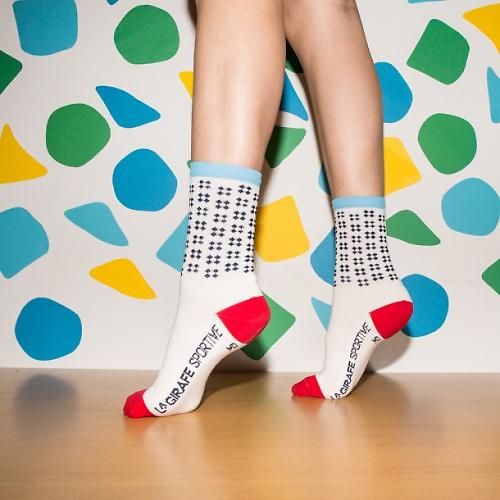 Pair the jersey with the La Girafe Sportive socks, available in a six pack, a pair for everyday of the week excluding your rest day. Snazzy socks, everyone needs a pair or six of snazzy socks in their lives.

These smart light use an integrated magnet to attach to the bicycle frame or another other component. You get a white light for the front, and a red for the rear, they’re switched on and off with one click. 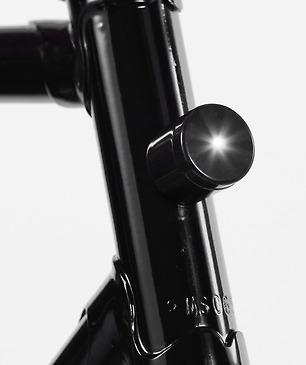 They claim the magnet is strong enough to keep them in place even over rough roads, but can be easily removed when you leave your bike somewhere so they don’t get half-inched. The lights connect to each other for easy storage, and presumably to stop your house keys or spare change attaching to them at the bottom of your bag. 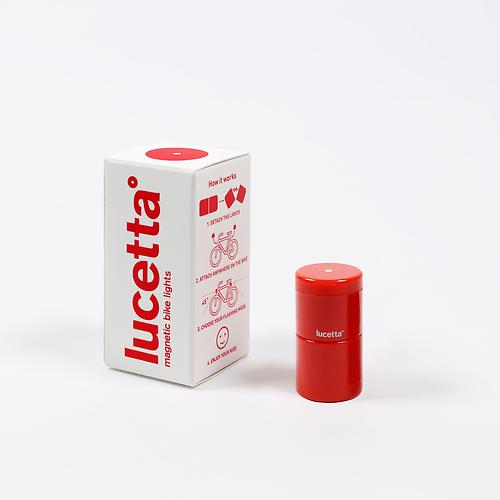 The lights have several modes, steady, slow and fast flashing beam. They’re powered by two CR2032 batteries and last up to 40 hours. They cost £24.99 for a pair, available at www.palomarweb.com/cms/content/lucetta

Another cool jersey, this time from Brazilian company Brazil Kirschner. The company aims to offer fashionable and functional kit inspired by European cycling culture yet blending it with some Brazilian style. 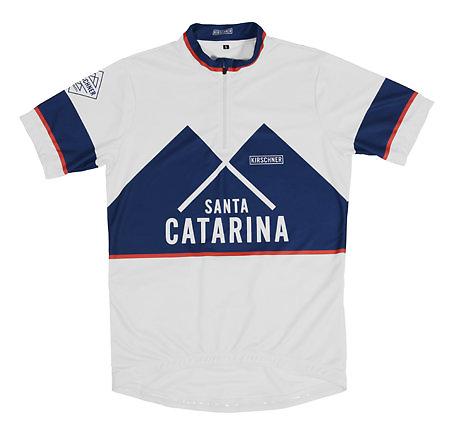 The jersey expresses a clean aesthetic and all their jerseys are manufactured in Brazil. The Blue Shirt Santa Catarina is the pick of the range we reckon. It celebrates the Santa Catarina roads and mountains of their home state, with two mountains, Rastro and Dona Francisca, printed on the front. 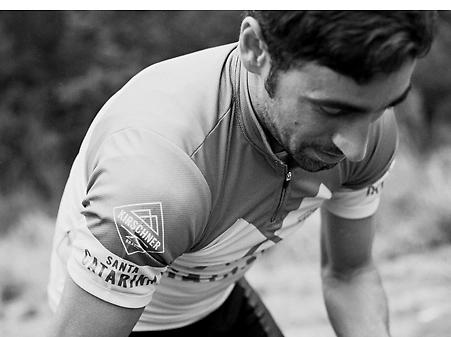 It has a slim cut with a ¾ length zipper, three deep pockets plus a small zipped pocket, and is available in three sizes. It costs R$149, which is roughly £40, though the price doesn’t including shipping.

Here’s a nice film they’ve produced. Makes you want to book a flight to Brazil doesn’t it?

If you've ever wondered about the differences between the various tubesets used by Lynskey across their range of titanium road bikes, Don at Lynskey Performance explains how they work titanium on their road bikes depending on the intended usage of the bike.

If you need a sturdy standing for propping up bikes, whether in the garage or at events, then the new BikeStandZ from RockGuardZ could be for you. It’s made from lightweight aluminium tubing with steel fixtures, with a claimed weight of 6kg. It easily folds away so can be transported if needed. Bikes hook onto the main bar by the saddle, and you can fit about three bikes on there. It costs £129.

It’s that time of year when 2014 race kit starts appearing, and Endura have just sent through a sneak preview of Movistar’s new kit. The Scottish clothing company partnered with the team at the beginning of the year. As the new kit won’t be officially unveiled until the start of next season, on 1st January 2014, they’re not giving away much at this stage.

It sounds like Endura have been working hard on the kit and the details. They tell us they have worked on one important aspect for the team, the race radio pocket in the bib shorts. They wanted to design a pocket that doesn’t interfere with jersey pockets, to avoid the radio rubbing. What they have done is created a kangaroo-style pocket, accessible from both sides, with a central seam to stop the radio moving around. Craft have a good reputation for producing top-notch winter clothing (which they should, given they’ve based in Sweden) and the new Hybrid Weather Glove looks a smart addition to their glove range.

They’re made from a highly elastic polyester fabric with touch-screen sensitive inserts on the index finger and thumb for Instragraming your ride. The really clever bit though is that they can be converted into a mitten with an integrated windproof and waterproof shield. Fingers a bit chilly? Simply pull over the mitten for extra insulation. It tucks away when not needed. The final detail is a plethora of reflective details, a Craft hallmark.

Tech Roundup is off for a ride, tune in next week for more of the hottest products from the cycling world.