Thule are a well regarded company for bike racks and with their brand new RaceWay, they’re claiming it’s the “strongest, simplest and most secure rear-mounted bike rack.” You certainly don’t want your bike falling off your rack now do you?

It looks similar to the Saris Bones, with curved arms mounted to the vehicle. Thule reckons it will fit most vehicles, with the FitDial ensuring it is compatible with a wide range of models. The Sure-Tight ratcheting cables are claimed not to stretch like regular straps. The arms are narrower so most bikes should fit, even small size frames. A cable lock gives some security when you leave the bike and car unattended.

It’s available in two and three bike versions and costs £235 and £260 respectively. More at www.thule.com

Rapha are once again offering personalised Team Sky Replica kit, with your name printed on the sleeve and rear pocket. They’ve done this before, but the new 2014 kit has seen a subtle change, with a new sponsor now going on the side panel, requiring a relocation of the athletes name. 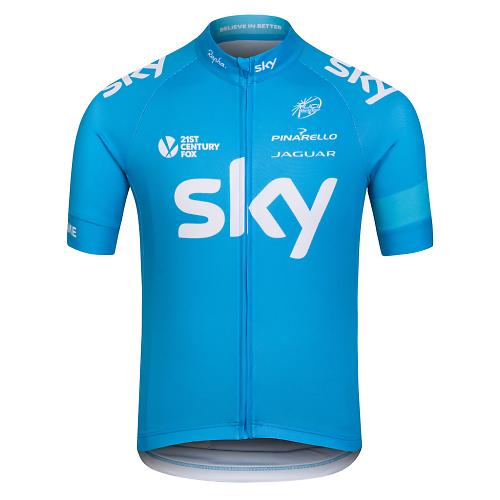 As well as your own name, you can choose your national flag. There is a  maximum of 16 characters for your chosen name. More at www.rapha.cc

Looks like there’s a new bike brand on the way, and it goes by the name of ORRO. We’ve just had the most teasing email newsletter from ORRO with a small cropped photo of what clearly looks like a carbon fibre frame, with close ups of the internal cable routing and seat tube junction. 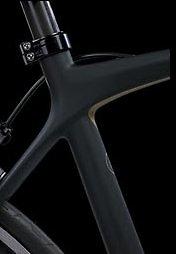 And that's about all at the moment. The email says the brand is launching mid-April. You can sign up to the newsletter to keep in the loop at www.orrobikes.com 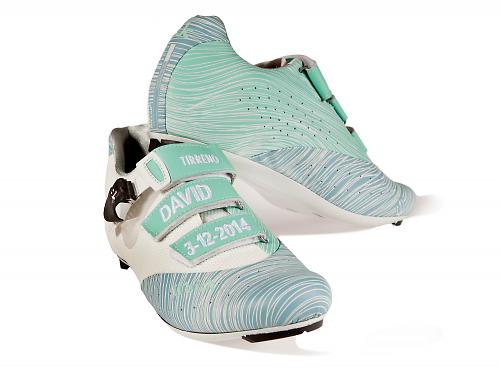 David Millar, currently in his 18th and final season as a cycling professional, is now racing the  Tirreno-Adriatico. And he’s wearing this swish custom shoes courtesy of sponsor Fizik. If you don’t know, Millar is wearing custom Fizik shoes in every race he’s taking part in, and they’ll then be auctioned for the  Small Steps Project charity. The first pair in this project, dubbed ‘An Eloquence Of Movement', sold recently for £460. Online retailer Merlin Cycles have just launched their Interactive Cycling Events Map that currently lists over 50 cycling events right across the globe, so if you’re looking for a challenge this summer, it seems like a good place to start. The team are busy adding more events to it all the time. You can take a look at it here 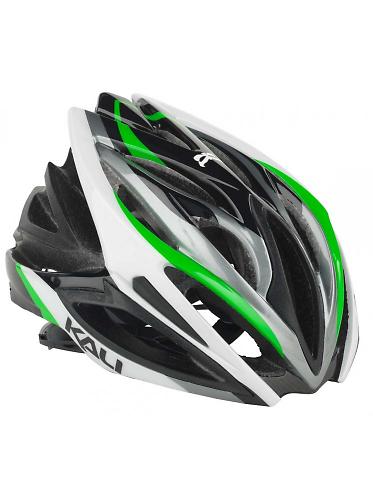 Helmet manufacturer Kali will soon be coming to the UK with new distributor nrg4, starting with two road lids, the Phenom and Loka. The Phenom tops the range at £149.99 with a claimed 260g weight with  a layer pyramidal EPS cones placed in the cross-section of the EPS liner. It’s available in a wide range of colours. 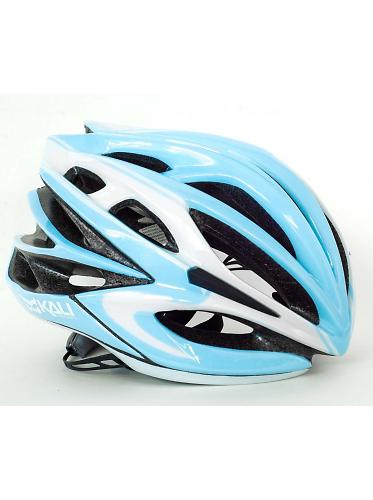 The Loka is more affordable at £89.99 is made using the same Fusion Plus technology as the Phenom but has fewer vents so we imagine it’ll be a bit heavier, but they don’t quote a weight for this one on their website. Anyway, it looks smart and is available in a range of colours. www.nrg4.co.uk 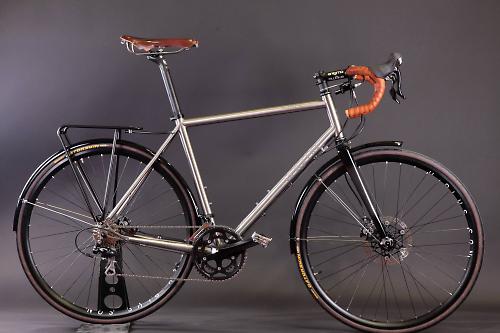 Enigma Cycles just posted this photo of a very nice Etape build on their Facebook page, and we thought we had to share it with you. As you know, we think disc brakes are well suited to all-rounder everyday road bikes, and this Etape is a perfect example.

The model is their touring bike but it’s been built with Hope’s V-Twin hydraulic disc brakes with their floating rotors and a Shimano 105 mechanical groupset. There’s mudguards and rack, naturally, and a Brooks saddle with matching leather bar tape. A tasty build that, someone is a lucky chap. 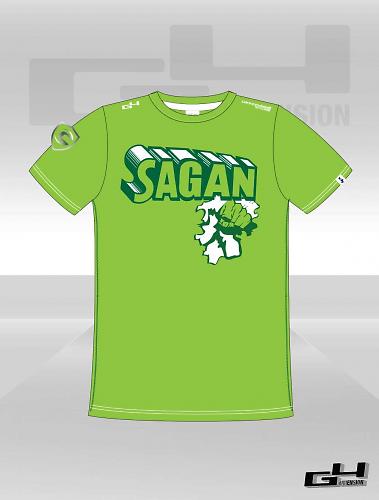 Peter Sagan fan? Who isn’t, and you can show your admiration for the young rider with this new ‘Hulk’ t-shirt that has just been launched by G4, a French sporting garments company. The ‘Hulk’ graphic is to commemorate the victory salute made by Sagan on his second stage victory during the 2012 Tour de France. It was also marked with a special edition bike by Cannondale, with a pair of ‘Hulk’ eyes on the top tube. The paint finish was said to glow in the dark, so a good one for the evening commute. 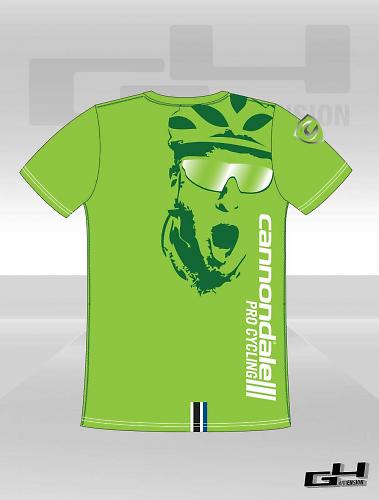 G4 have also designed a t-shirt for the classics and an Australian t-shirt, with more in the pipeline. No word on pricing yet. 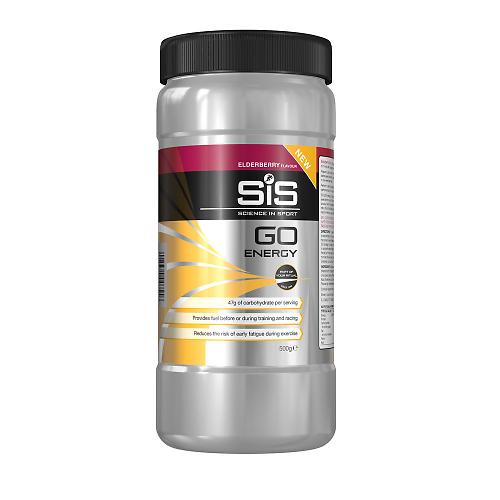 A couple of new flavours from SiS,  SiS GO Energy in Elderberry and SiS GO Electrolyte in Raspberry - both in a new style 500g wide neck tub. They cost £9.99 a tub, which is good for about 10-11 servings. 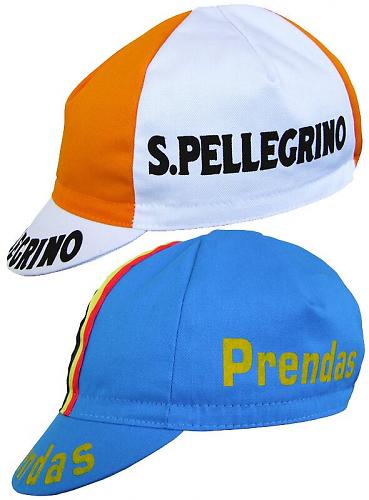 Just in time for the spring, Dorset-based clothing company Prendas have added two new cotton cycling caps to their range. There’s a blue Belgian champion edition, a cracking cap for heading over to the spring classics or just showing your worship to the Belgian gods of cycling, or one inspired by the stunning San Pellegrino jersey of the 1960's. Take your pick at www.prendas.co.uk

More from Tech Roundup next week, have a good weekend.