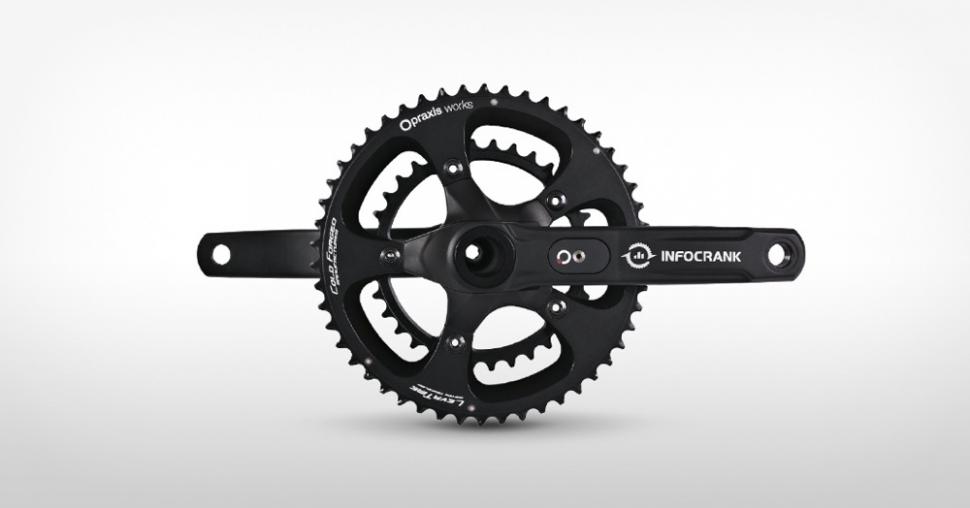 The power meter market is getting ever busier, the Verve InfoCrank coming in at about the mid-point of the market in terms of price with systems starting at US$1,750 (which is about £1,040 at today’s exchange rate).

InfoCrank measures each leg independently, unlike the Stages crank-based system, for example, that measures just your left leg and doubles it, assuming that your legs are producing equal amounts of power. 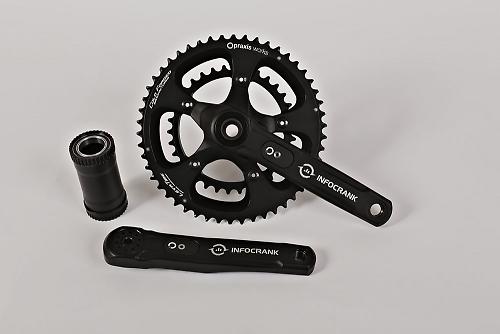 The system also measures your torque (in Nm), multiplying that by your cadence to give your power (watts).

So how do Verve measure torque?

For more on the KIP power meter system, visit www.kipcycling.com.

Verve reckon that you can use InfoCrank “anywhere you can ride your road bike”, and they claim that it’s “almost unbreakable”. They say that they’ve been commissioned by the Australian Institute of Sport to design versions for track, MTB and BMX.

It’s said to be waterproof (IPX7, which means it can survive being submerged in a metre of water for 30mins) and to compensate for variations in temperature automatically.

How accurate is the system? Verve is at pains to point out that, “With relative measurements, readings should have reference to context, as in ±2% of the system’s maximum reading capability. Accuracy also depends on how cadence is measured, and on the A-D [analog-to-digital] converter’s sampling rate.”

That said, they claim, “InfoCrank shows you that most of the time you ride the bike with loads that can be measured accurately at ±1%, while other times, because the load is less, it may be rather less accurate, ±1.5–1.75%.”

Verve also claim that, “Under track testing, InfoCrank produced cleaner cadence and torque data than the SRM. The InfoCrank seems to respond faster to torque changes. The high-speed data generated from the InfoCranks appears to be of high quality with a good signal to noise ratio.”

Of course, SRM might have a different tale to tell; we’re just reporting Verve’s claims. We’ve not used the InfoCrank system. InfoCrank runs on small SR44 silver oxide cells, two in each crank. These are available all over the place. Verve say that if you ride three hours a day, four days a week, you’ll only need to replace the batteries once a year, and you can easily do it yourself.

Verve’s first chainset comes in a 110mm bolt-circle diameter (five bolts) with compact chainrings – 50-tooth and 34-tooth. A 52/36-tooth model will be available too. It uses a 30mm axle with forged chainrings from Praxis. (Praxis won’t make a 53-tooth 110BCD chainring, but in theory you could fit one from another brand).

InfoCrank will work with a 68mm wide English threaded bottom bracket, (most 24mm axle installations using threaded bearing cups can be converted to accept the 30mm axle) or with a BB30/PF30 frame. There are no BB86 or BB90 options, for example, at the moment. Check the Verve Cycling website for more information on compatibility.

InfoCrank uses ANT+ wireless communication protocol so it can talk to an ANT+ compatible bike computer, like a Garmin Edge, for instance. Of course, that computer needs to have options for power readings, including left/right power balance.

If you don’t already have a compatible bike computer, InfoCrank offers GPS-enabled computers that will do the job.

Verve say that you’ll never need to recalibrate the InfoCrank unless you damage your crank arm in a crash. In that case, you can just hit ‘calibrate’ on your bike computer to reset it.

Go to www.vervecycling.com where you’ll soon be able to pre-order.