Scott’s current Plasma 3 time trial bike was already a pretty radical looking bike, but the company have updated it with a new frame for 2015 in the the new Plasma 5. The company claims a 7% drag reduction compared to the old bike, a 47% stiffer frame and a weight saving of 130g.

There’s also a Plasma 4 which is based on the range-topping 5 but at a more affordable price and makes do without the integrated stem. 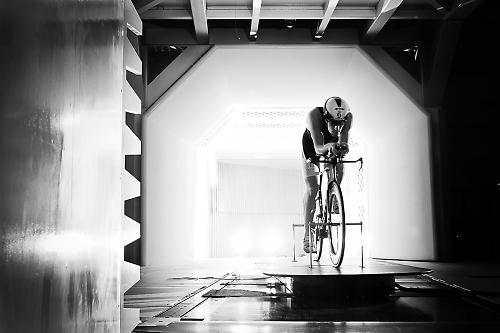 Scott enlisted the services of Simon Smart, the same aerodynamic expert that helped them to develop the Foil, for the new Plasma 5. For the new bike Scott considered the interaction of the rider and the bike in shaping the aerodynamics of the Plasma 5.

“The Plasma 5 was designed to enable an aerodynamic fusion between rider and bike,” says Scott of the new bike. "The Plasma 5 has been designed to be faster with the rider than without.” We'll take a wild stab and say they are talking aerodynamically there - you'd hope anyway. 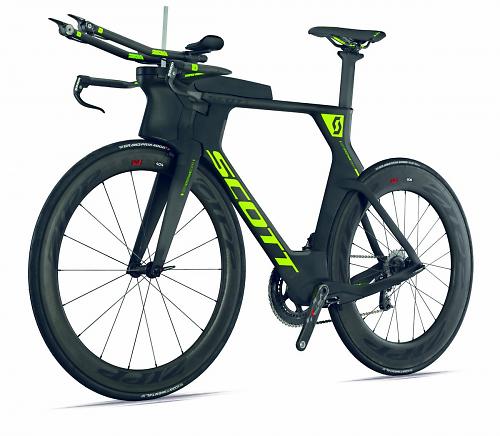 The new bike looks quite similar to the current Plasma 3, but there are small revisions to the tube shapes, developed with CFD (computational fluid dynamics) software. They’ve changed the seat tube area most noticeably, and there’s a longer flare over the top of the wheel, which has been based on the effect the rider has on airflow in this area. 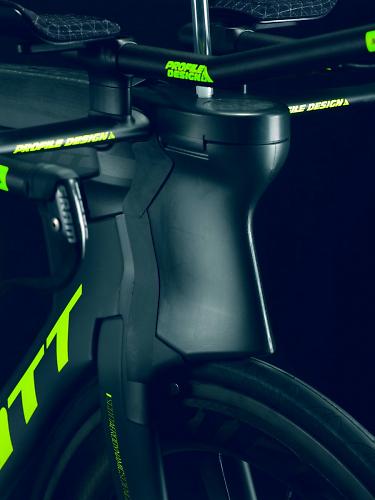 As mentioned they claim the new frame is 47% stiffer than the old model too, along with a claimed 130g weight reduction - which to the layman at least suggests that the old bike was a tad noodly (technical term) or that the new bike is VERY stiff. We've never heard of anyone complaining about the old Plasma being flexy so we'll go with this one being stiff.

One key change has been to move the upper headset bearing above the stem (it used to be below the integrated stem) which has increased the stiffness in this area, according to Scott. This change has allowed the stem to be some 90g lighter. 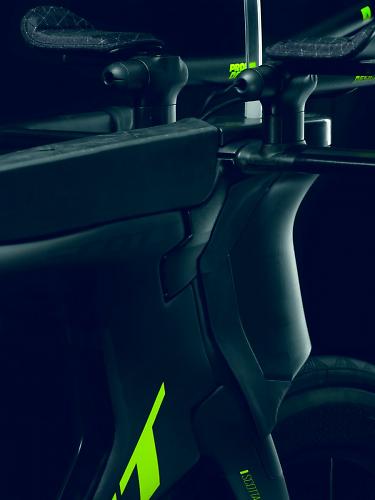 The new proprietary front brake is fully integrated into the fork blades. A direct mount or standard brake caliper can also be installed should you prefer. The rear brake is hidden behind the bottom bracket and is a direct mount type. Cables are all internally routed, going inside the handlebar, into the stem and then through into the frame for some very clean lines.

The new bike also offers more adjustability in the fit so a wider range of cyclists can fit it, with three different base bars and two stems to help dial the position. Profile Designs developed new aero extensions for the Plasma 5 with more height adjustment and pad mounting options. That should ensure you can get the fit you want more easily. Getting a good position is vital both for aerodynamics and comfort. 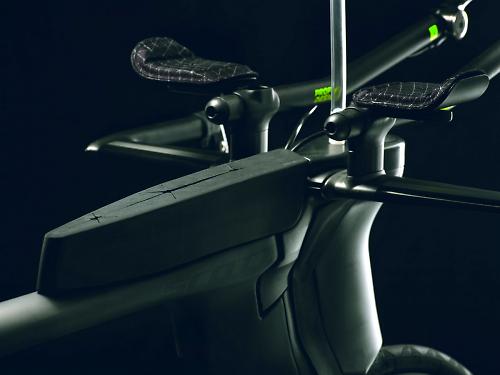 The Plasma 5 is UCI legal but you’ll have to remember to remove the top tube storage box and water bottle mounted in front of the head tube. Those are fine for triathlon events but anyone from the UCI is going to point their clipboard at those and shake their head disapprovingly. 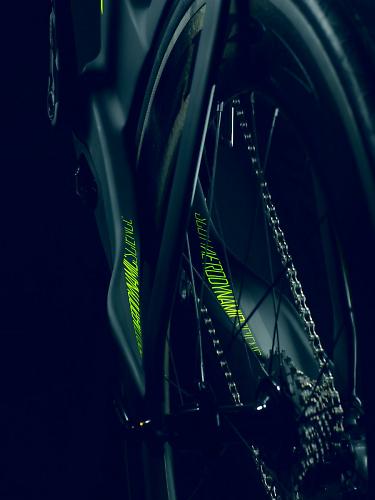 If you are doing triathlon, you’ll be interested to know the top box has enough space for loads of energy bars or gels, spare tubes and CO2 canisters. The front mounted water bottle holds either 550 or 625ml of fluid, with a hose exiting between the aero extensions, making it easy to drink without moving from the optimum aero position. 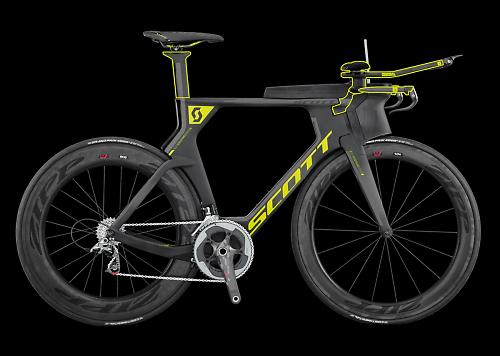 Scott will offer the top-end Plasma 5, made from HMX carbon fibre, and the lower Plasma 4 uses cheaper HMF carbon. No word on UK pricing or build options at the moment.

Aside from carbon fibre differences, the key difference on the Plasma 4 is the switch to a conventional non-integrated stem and base bar assembly. The fork is also different with a regular brake caliper, and the frame doesn’t feature the same clip-on storage and water modules.