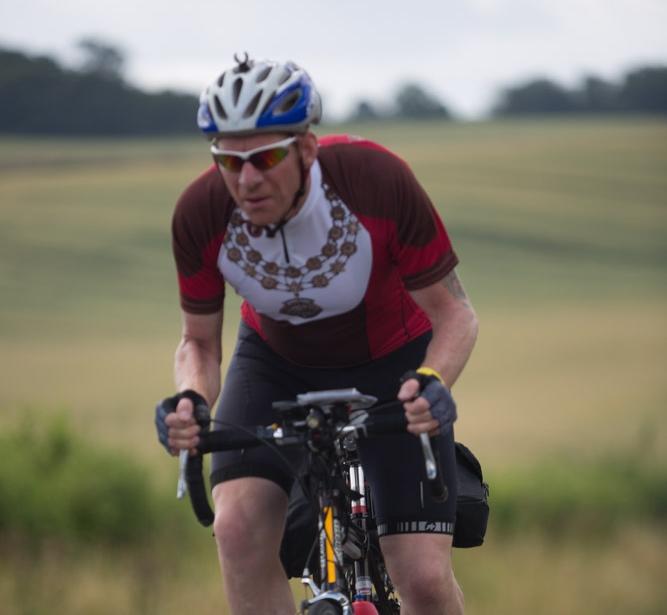 Martyn Bolt, a former mayor of Kirklees and a keen cyclist, feels that there is a low cost solution to what he feels is a dangerous stretch of road between Crosshills and Skipton in the Yorkshire Dales. He has called on local councils to designate an adjacent path as a shared use facility, which would allow cyclists to legally make use of it

Bolt, who is from Mirfield in West Yorkshire, says that despite being an experienced cyclist he had felt worried by the speed of vehicles and how close they passed him along a 2.5 mile stretch of the A629 during a recent ride. However, he noticed a path running alongside and stopped to investigate.

While the surface was poor, the path was devoid of pedestrians and Bolt feels it could easily be developed and designated a shared use facility which would help improve safety for anyone cycling in the area.

“I know riders may choose to use the path already, but as a responsible rider I want to see it safe and legal to do that and the cost of this action in real terms is very low.”

Bolt, who is a councillor himself, has emailed North Yorkshire County Council. They have highlighted a split in responsibility between themselves and Craven District Council, but said that the issue would be looked at.

Bolt believes that providing alternatives to such stretches of road would help encourage more people to cycle in the Dales and sees such moves as key ways in which councils can build on the enthusiasm generated by this year's visit of the Tour de France as well as next year’s new three-day Yorkshire race.

“At a recent cycling conference, it was highlighted that the average daily spend from cyclists in cafés, shops and communities is nearly £10 per head. Add to that the potential income stream from tourists who stay overnight in our wonderful countryside and it is easy to see that a small investment would yield big returns.”