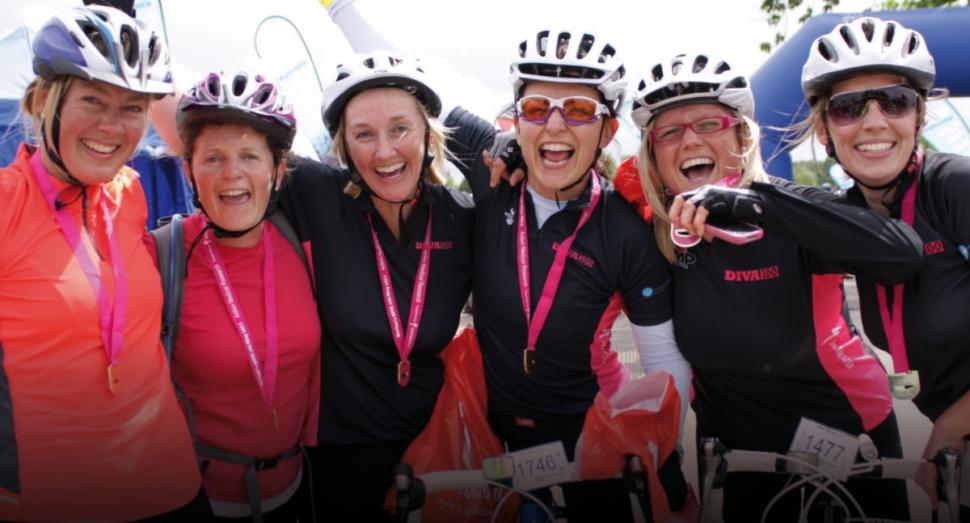 The charity sportive series, which was launched over 30 years ago with a 100 mile Bristol-to-London ride, featured 15 events last year, but this year's list only features 10.

Each ride will feature three route options for riders of different abilities. Starting with the easiest Cool route, a medium-difficulty Classic route, and topping out at the 100-mile Champion routes.

According to AMR, the event reduction is to both ensure that the quality of their rides stay high and to accommodate the inclusion of their Chris Boardman and Joanna Rowsell ride outs.

This year’s events list also features a special event with AMR’s celebrity ambassador, and conqueror of the 2014 BT Sport Relief triathlon challenge, Davina Mccall, which is set to take place in Sussex on June 7.

Getting underway with Rowsell's ride out in Surrey on March 15, the series will cover 100-mile events in Peterborough, Warwickshire, Bath, Suffolk, Tonbridge, Stirling, York, Bristol, and Essex, as well as Davina’s 67-miler in Sussex.

Entrance to all of the events, bar the Rowsell and Boardman rideouts, will cost £55 - unless you sign up to the fundraising option which costs £30 plus a commitment to raise a minimum of £35 for AMR.

The Rowsell ride is open to cycling enthusiasts of any level and will set participants back £400, but that one-off fee does also include a lunch after the morning’s ride.

Chris Boardman’s event will cost a heftier £700 for each of the 30 available places. The event, set to take place in the Lake District, will have two distances available: a 50-miler and a longer 70 mile route - both accompanied by Boardman. The event will be treated as a hardcore training ride and will be followed by a sit-down meal with the three-time yellow jersey wearer.

Event organiser AMR has spent over £100m funding research into a wide variety of issues affecting sick or disabled children since it began in 1952, and its website is set to be updated with further details about their fundraising 2015 cycling events in the coming week or-so.