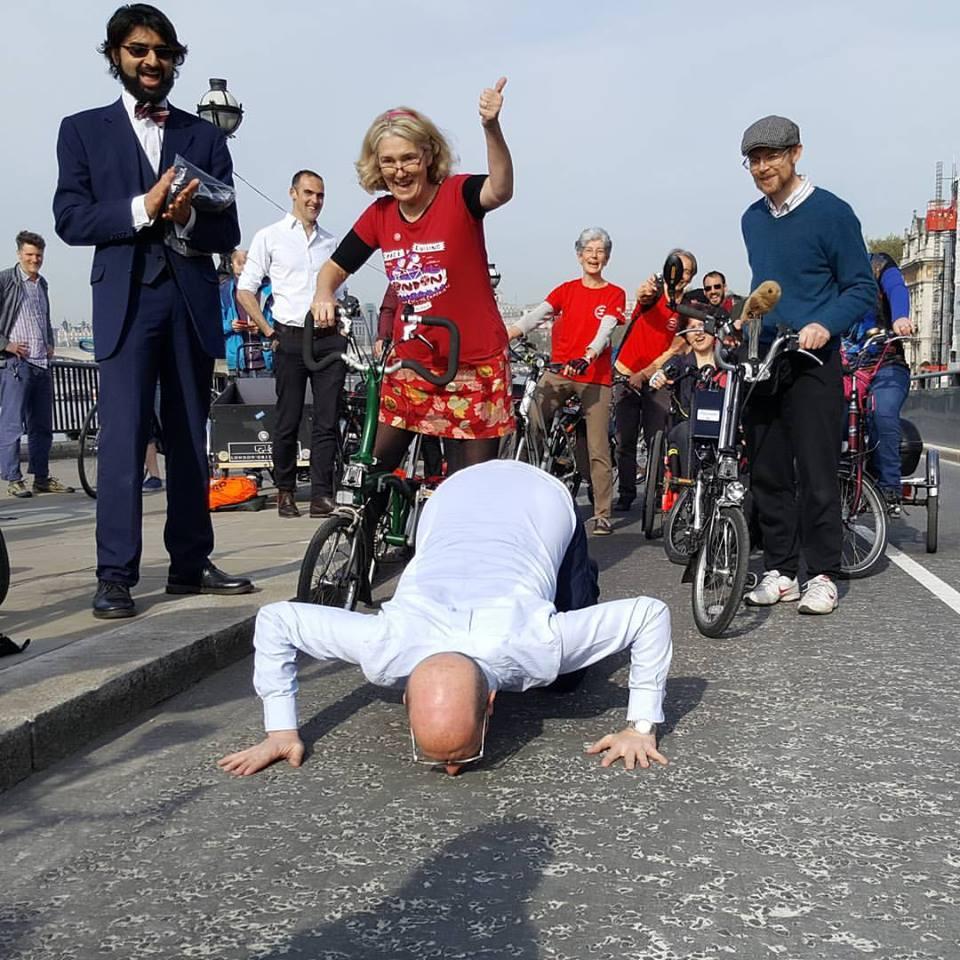 Gilligan on opening of Cycle Superhighways (image by Laura Laker)

Boris Johnson's Cycling Commissioner, Andrew Gilligan, talks to road.cc about his legacy...and how he doubted at times the cycle routes would ever be built...
by Laura Laker

Boris Johnson’s Cycling Commissioner, Andrew Gilligan, spoke to road.cc on his last day in office (unless the incoming Mayor, Sadiq Khan asks him to stay) on the legacy of his pivotal role delivering London’s first Continental-standard cycling infrastructure.

Standing at the junction of the North-South and East-West Cycle Superhighways on Friday, on what used to be a motorway-style slip road from Blackfriars Bridge onto the Victoria Embankment, now given over entirely to two-way cycling traffic, Gilligan reflects on what has been achieved since 2013.

In a recorded interview (which you can listen to in its entirety below) he told road.cc the most important thing for any successful cycling scheme is political leadership, and praised Johnson’s work in making the cycle schemes happen amid vocal opposition that many believed, Johnson and Gilligan included, would stop the schemes in their tracks.

He said: “A huge number of people, including at times, me and the Mayor, never thought that we’d see this day, we just never thought this would open like this, that we would be able to take away space from motorists and give it to cyclists like we have.

He said: "The amount of politics that went on around this was unbelievable , behind the schemes, and it came very close to not happening on a number of occasions, and as you know it was a pretty big fight."

However, as cyclists stream past in what he describes as “Copenhagen-like scenes” just hours after the barriers were removed, Gilligan says the naysayers have been proven wrong. He believes in months to come people will question why so much road space was given over to a mode of transport only 7% of Londoners use in Central London every week, to the detriment of London's air.

He said: “It’s going to be a permanent part of London. We’ve changed the face of the city, and I think it’s going to be recognised as one of Boris’s most important legacies.”

What does Sadiq Khan's mayoralty mean for London's cyclists?

He described cyclists riding around barriers along unfinished Cycle Superhighway sections in their eagerness to use the routes - scenes road.cc also witnessed - and says he believes the ongoing success of routes opened in the preceding weeks and months, will make the case for the new Mayor to continue the cycling programme.

The interview is below: