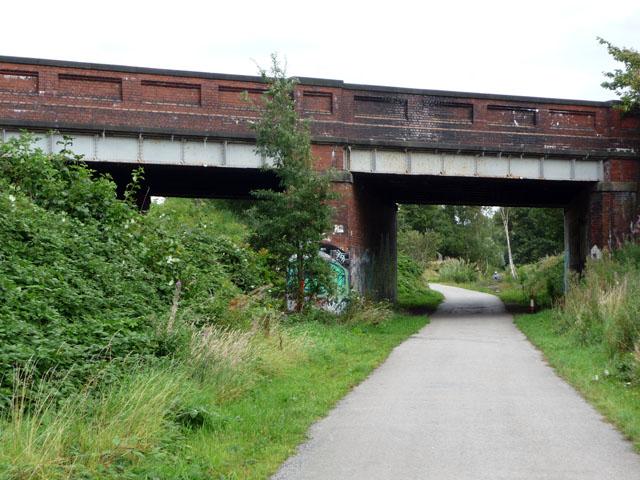 Spate of attacks on cyclists on Manchester’s Fallowfield Loop

Victims knocked from bikes and beaten up
by Alex Bowden

At least three people have had their bikes stolen after being violently attacked on Manchester’s Fallowfield Loop in the last two weeks. The Manchester Evening News reports that in all three cases, the victims were knocked from their bikes and beaten up by at least two young men.

Part of Sustrans’ National Cycle Network, the eight-mile Fallowfield Loop is an off-road shared-use path from Chorlton through Fallowfield and Levenshulme to Gorton and Fairfield. At least two of the attacks took place around the Levenshulme area.

Chris Dalgarno-Holt was cycling on the Levenshulme stretch at 2pm on Sunday July 3 when he saw two young men ahead.

“It was a really busy day, there were lots of kids and families. But I was on a quiet stretch when I saw two lads up ahead. I sped up to get past them but one of them jumped me. A fist came and thumped me in the side of the face.”

Dalgarno-Holt was punched several more times while on the ground before the men made off with his a £600 bike, his phone and other belongings.

“My one consolation was my helmet took two blows, so someone will have a sore hand,” he added.

On June 24 at 6.30pm, Mark Usher was just past the Levenshulme section heading east when he was attacked by three men. He was punched in the stomach and knocked from his £600 hybrid bike which they took.

“I do think the police could do more,” he said. “All they need to do is get a couple of officers undercover to cycle the loop one afternoon and look for these males. I’m trying to do my bit for the environment by cycling to work. It’s important people feel safe.”

A third account, on Facebook, describes two thieves leaving a bike’s owner ‘bleeding and bruised’ on June 29 after attacking him as he cycled towards Levenshulme from Reddish.