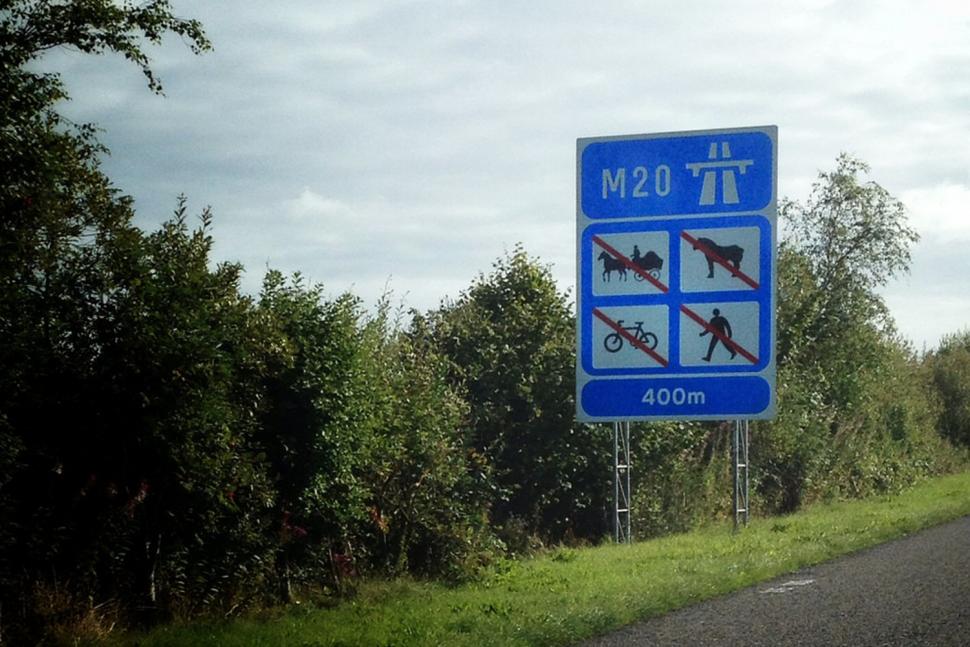 No cycling on the motorway - image from Flickr via Bine Rodenberger.jpg

A family of four, who are believed to be from outside of the UK, were escorted from the hard shoulder of the A74(M) motorway in Scotland on Friday.

Police received reports from drivers that two adults and two children were cycling on the hard shoulder of the Scottish motorway in Dumfries and Galloway.

The family were found by police near the town of Beattock on the motorway - which stretches 48 miles from Gretna in the south all the way up to Abington in South Lanarkshire - before being escorted off.

If that was the case, and the family were escorted off the road at junction 15 near Beattock, speculation suggests that they may have joined the motorway at junction 14 - which is 14 miles away.

Whether or not the family spent 14 miles on the hard shoulder is unknown at this point, fortunately though there have been no reports of the family coming to any harm. The police have also reported that no further action will be taken.

A police spokesman spoke to STV about the situation: "We received a report of a family of four, two adults and two children, cycling southbound on the A74(M) and were escorted from the route."

This is certainly not the first example we've seen of a cyclists erroneously ending up cycling on the motorway.

In February of this year a 12-year old boy was found by Greater Manchester Police cycling on the M60 near Barton Bridge.

The police said he was escorted from the motorway, taken home, and "strongly advised" against cycling on the motorway in front of his parents.

These sorts of incidents aren't confined to the UK either. In 2015, ahead of the Pan American Games in Toronto, Canada, the Brazilian national cycling team were found cycling on the highway.

Police escorted the team off the road and said the group were "extremely cooperative and apologetic."

Here on road.cc we've also seen a couple of other Brazilian cyclists riding on the motorway who were anything but apologetic.

In our favourite example of motorway cycling, these two Brazilian cyclists decided to draft a lorry on video, reaching speeds of 124 kilometres an hour.

We wouldn't recommend trying this yourselves.