In compiling the Bike of the Year Awards articles recently, it became clear that the prices of many 2017 bikes have increased compared to 2016 models. That’s the result of Brexit, of course, and while price increases vary from brand to brand they can be as much as 12% in some cases, which certainly adds a sizeable chunk the price tag of a new road bike.

- Brexit: what does it mean to you and your bike?

There is a way to beat the Brexit price increases, and that’s to act quickly and snap up a 2016 bargain. We’ve had a trawl around some of the best-known retailers and discovered there are some decent bikes still available and some with really quite hefty discounts. In many cases, the frames are identical between the 2016 and 2017 models, save for a different paint job, but we have noticed a few new bikes coming along this model year with a lower level specification compared to the previous year. So not only might you be getting a cheaper bike, you might be getting a better specced one too.  It’s really worth shopping around if you are in the mood for a new road bike this year. 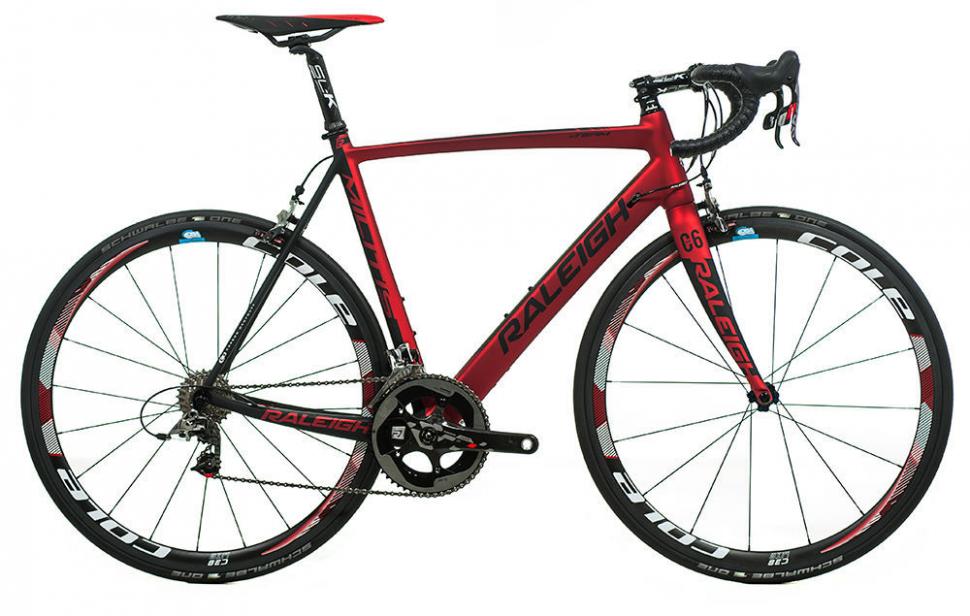 We’ve been a fan of the Raleigh Militis since it was first launched, the carbon fibre road bike catapulted the iconic British bike brand back into the high-end performance road bike market. Two grand off a bike with a carbon frame and wheels and SRAM Red groupset is a bit of a steal. 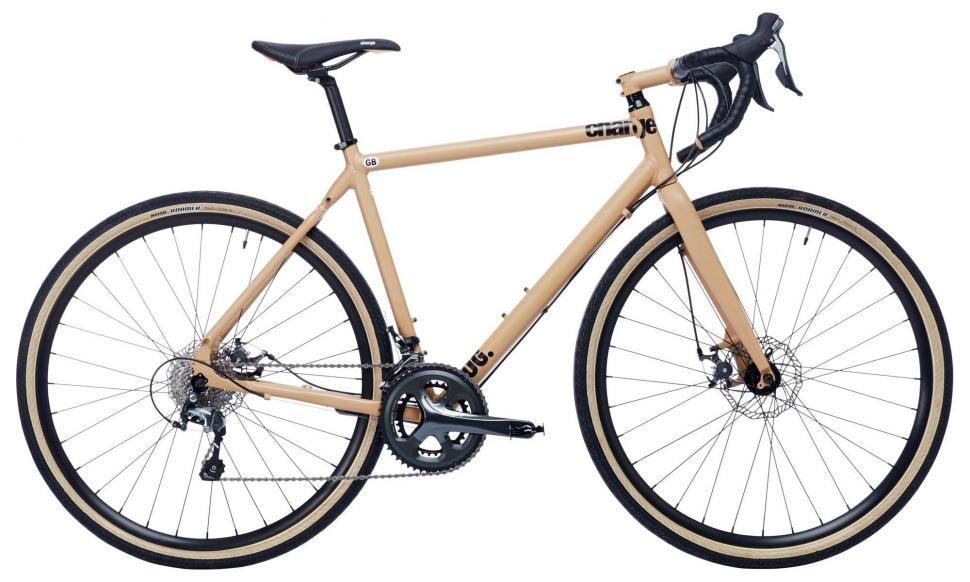 Revamped with an aluminium frame and clearance increased for wide tyres, the latest Plug was a hit in its single speed guise in the Commuting Bike of the Year awards. Add some gears and this bike looks a steal if you want a speedy commuter or leisure cycling bike The British designed carbon fibre road bike from a brand better known for its mountain bikes was well received when road.cc reviewed it, and it ticks a lot of boxes if you want a fast and comfortable road bike 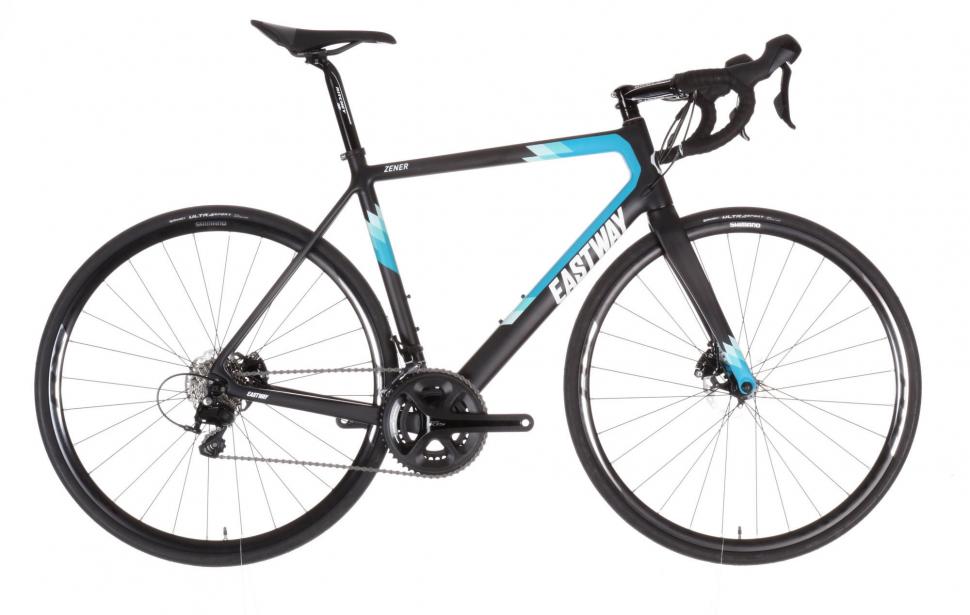 Eastway was reborn a couple of years ago by online retailer wiggle, and they’ve done a grand job of producing a range of smartly designed and well-specced road bikes, and the Zener D2 is a great option for the cyclist wanting to upgrade from their first road bike. A carbon frame with an endurance geometry will provide comfort and the Shimano 105 groupset with hydraulic disc brakes provides solid control. If you want a high-end carbon fibre performance road bike shaped by aerodynamics, look no further than this smart Cube Agree. Direct mount brakes, aero profiled tubes, tapered head tube, light carbon frame and, on this model, a Shimano Dura-Ace 9000 groupset. Okay, so Shimano might have just launched a new version of Dura-Ace, but the previous groupset is still a bloody good choice. 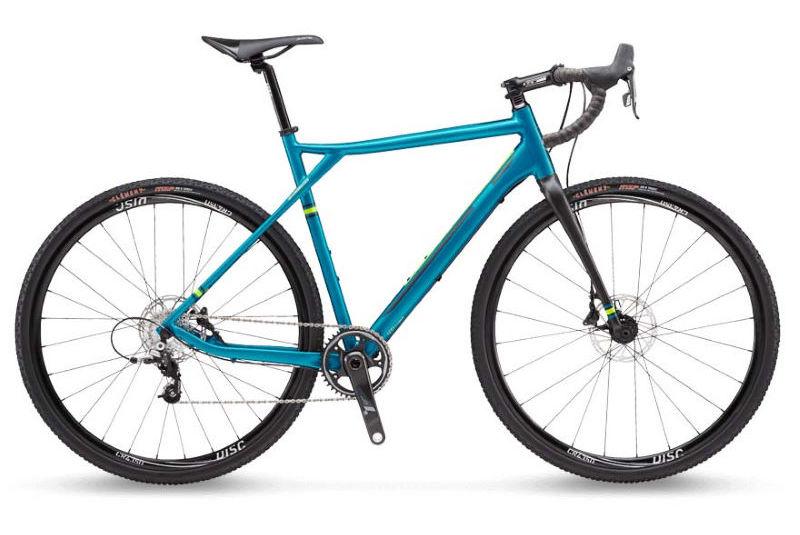 GT’s Grade was a hit from the moment it was released a few years ago, and as the adventure category has grown, it has stood the test of time. This model gets the fantastic SRAM Rival 1x11 groupset with hydraulic disc brakes and Clement 33mm tyres. If you want a comfortable bike for going the distance, the GranFondo from BMC is a popular option. This model combines a carbon fibre frame and fork with Shimano’s latest, and very good, Tiagra groupset. 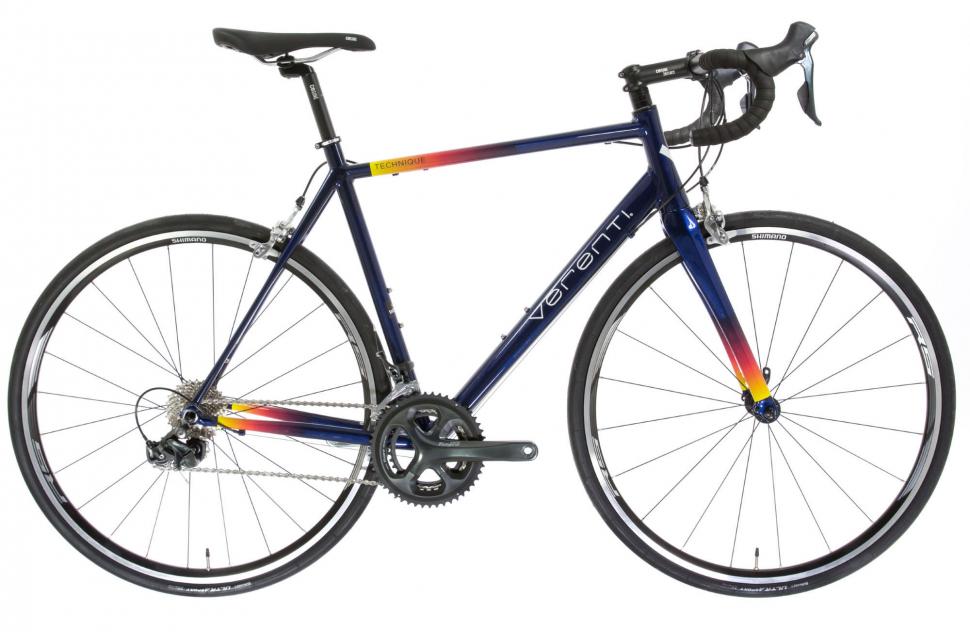 Third place in the road.cc Sub-£1,000 Bike of the Year 2016-17 Awards, the Verenti Technique offers an excellent performance with great handling that doesn’t put a foot wrong whether you’re taking place in a sportive or commuting to work. 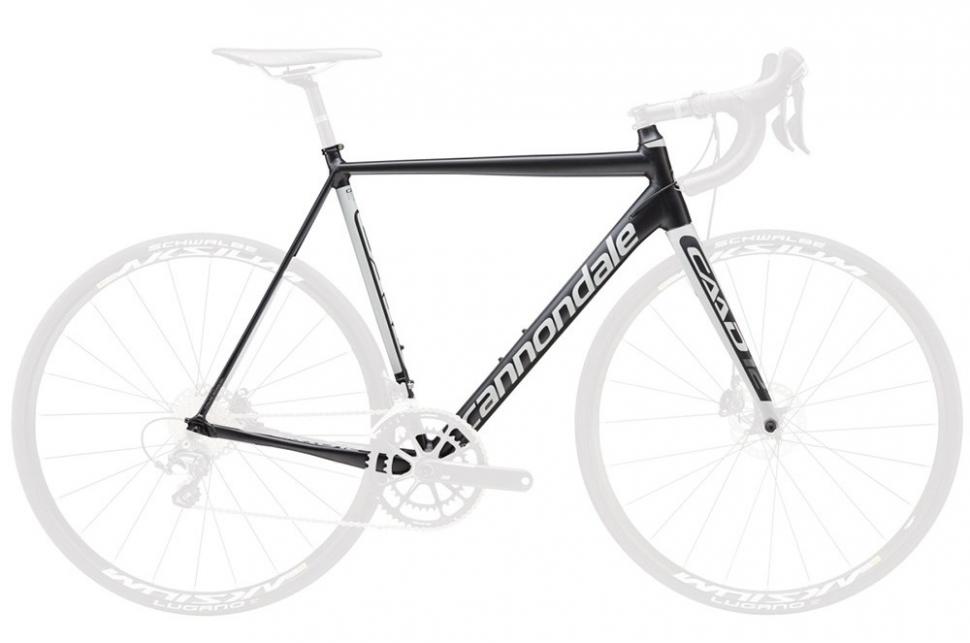 We’ve mainly included complete bikes here, but there are some good frameset deals to be had if you want to go down the route of building your own bike. Cannondale’s aluminium flagship race bike has long been a fave with home mechanics and the excellent disc-equipped version is the good basis for building a bike for the summer. 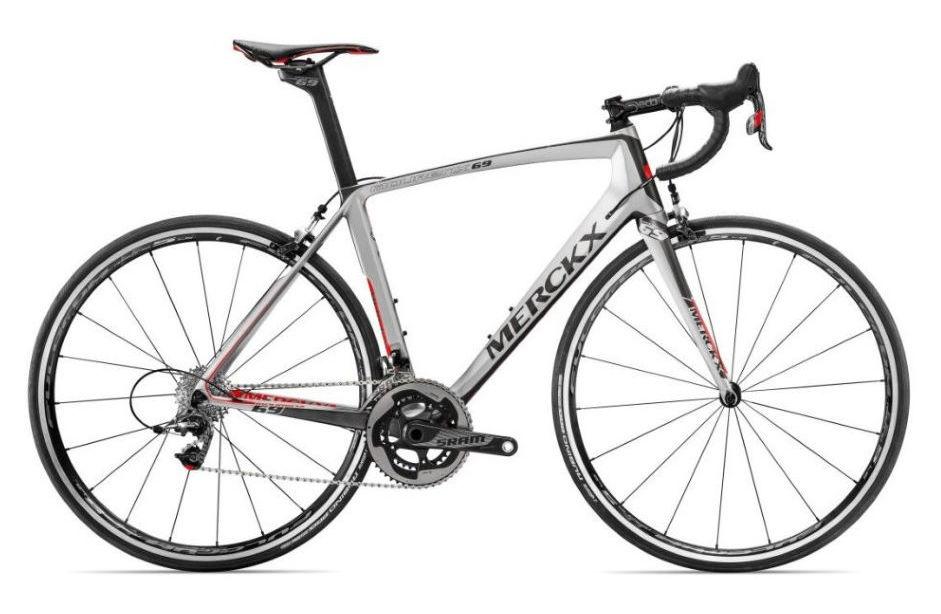 There are few bike brands with more race heritage as one bearing the name Merckx on the down tube. The Mourenx 69 though, isn’t designed for racing, it’s an endurance bike built for comfort and distance. Trek’s lightest carbon fibre model is the Emonda SL and you can get a sizeable discount off this Ultegra-equipped model. We love the paint job too! 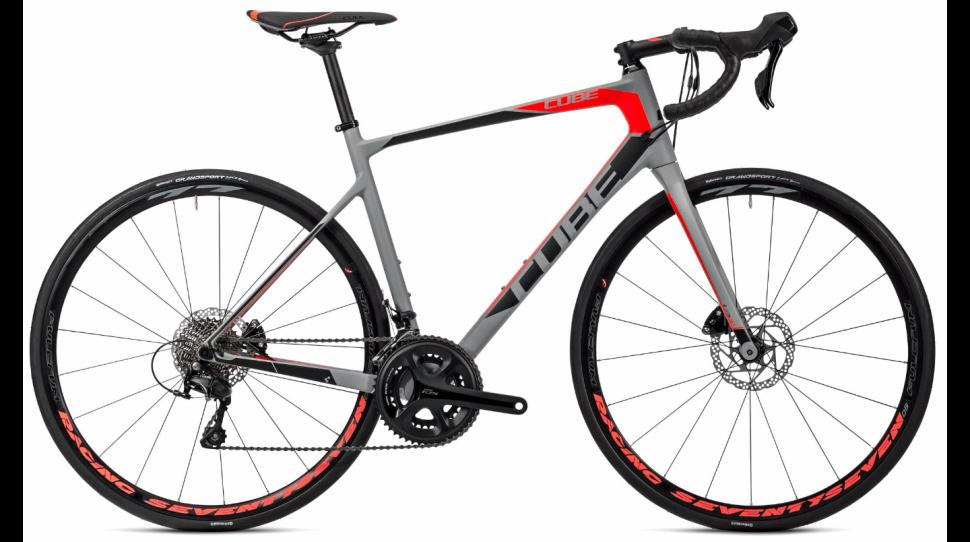 Redesigned last year, the Cube Attain GTC Pro is a carbon fibre endurance model that is available with disc brakes. This model gets the latest Shimano 105 groupset with hydraulic disc brakes. 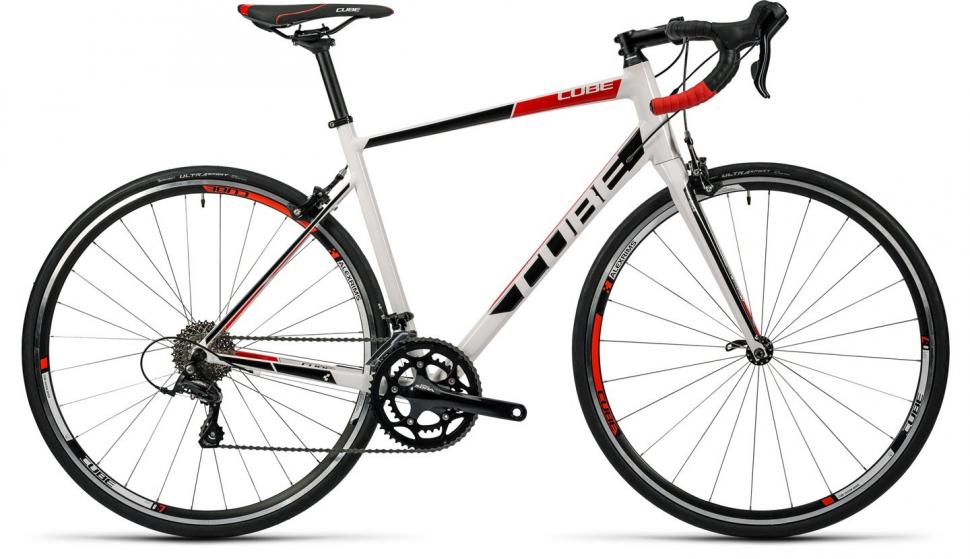 If you want a cheaper Attain and don’t want disc brakes, this is a good option. It features an aluminium frame with a carbon fibre fork with a solid Shimano Sora groupset and comfortable 25mm tyres. Chain Reaction Cycles has a good range of sizes available, from 47 to 60cm. The Specialized Tarmac hasn’t changed for 2017 which means there are some good deals around, such as this Ultegra Di2 model. The only snag is that Sigma Sport only has stock of the 49cm model. Still, a good buy if it fits you. 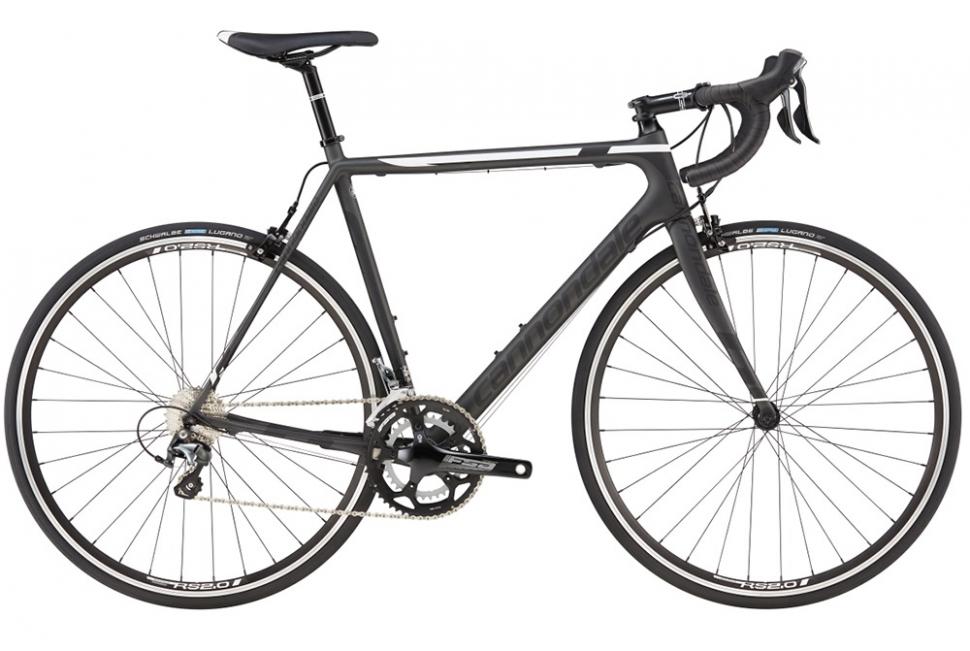 Originally conceived as a top-level race bike, the SuperSix Evo has since become much more affordable, making access to the great carbon fibre frame and the excellent performance and handling it offers open to many more people. This Tiagra model is available in a good few sizes including 56, 58 and 60cm. 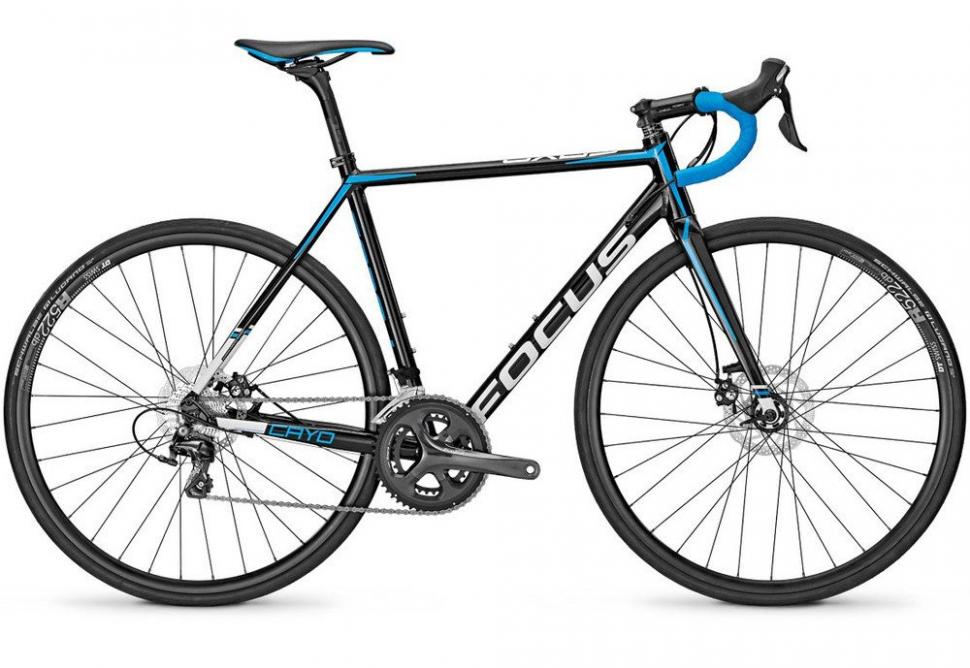 A high-performance bike, the Cayo has long been a popular model in the Germany company’s range, and you can have it with disc brakes too. Fully internal cable routeing on the smooth welded, triple butted aluminium frame, and Shimano’s latest Tiagra 4700 groupset.