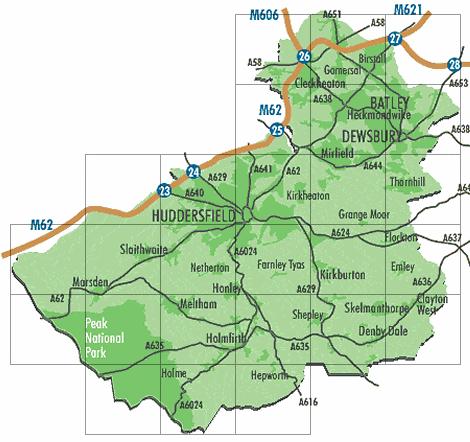 Council officials in Yorkshire have been left red-faced after 7,000 copies of a leaflet designed to promote cycling turned out to be riddled with spelling mistakes after an unexpected computer spell check.

According to the Yorkshire Post, Kirklees Council had already checked and agreed a final proof of the leaflet, but before it was printed the design software being used to produce the pamphlet applied its own, rather esoteric, spellcheck, with its changes appearing on the published version.

That meant that Kirklees became Kirtles, Birstall was rendered as Bistable and Cleckheaton became Czechisation, while Kirkburton ended up as Kirkpatrick.

Perhaps the most spectacular revision was an email address for British Waterways, which appeared as enquiries.manic-depressive@brutalisation's.co.uk.

The leaflets have now being reprinted, and the £1,000 cost reimbursed to the council, whose area includes Huddersfield, Batley and Dewsbury.

A council official said: “An unanticipated automatic spell check occurred to the final version of the map after staff had agreed and proof-read a correct version."

He continued: "The mistakes were only noticed once the leaflets had been printed. As soon as we became aware of the errors, distribution was immediately stopped."