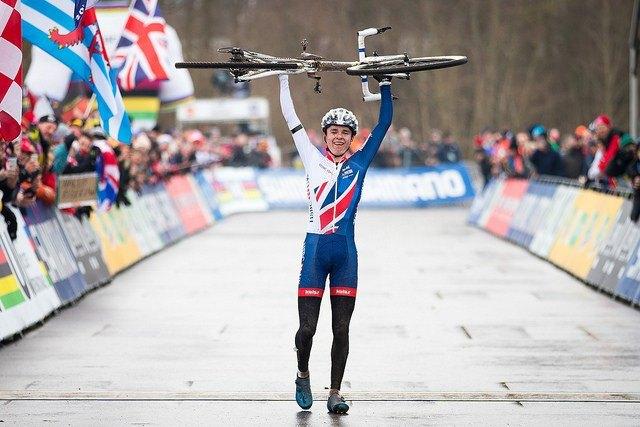 The UCI Cyclo-Cross World Cup could be heading back to Great Britain with plans unveiled to bring a round to London, potentially paving the way for the city to host the World Championships in the discipline.

The website Cyclocross Rider reports that Simon Burney, who was behind the successful bid to host a round of the World Cup to Milton Keynes in 2014, and writer Paul Maunder are hopeful of bringing it to the Lee Valley VeloPark.

The start and finish of races would be held on the road circuit there, which replaced the former Eastway circuit, itself a past cyclo-cross venue that disappeared due to the building of the Queen Elizabeth Olympic Park in Stratford.

I'm working with @SimonBurney to develop a bid for a London round of the UCI World Cup in the 2018/19 season - Cross London. pic.twitter.com/bEPKGmR26O

Maunder, whose book Rainbows in the Mud will be published by Bloomsbury Sport next month, told the website: "British cyclo-cross is booming and we have a new generation of exciting 'cross racers, led by [Junior] World Champion Tom Pidcock.

“Britain needs a high level event to act as a focal point for the British 'cross community.

"It's early days, but the response from key partners has been overwhelmingly positive.

He added: “We hope that our event, Cross London, will inspire the next generation of racers and reinforce the UK's commitment to cyclo-cross."

Initial plans are to bid to host the World Cup in London for three years commencing with the 2018/19 season, followed by a pitch for the World Championships, which have been hosted three times in the UK – in London in 1973, Birmingham in 1983 and Leeds in 1992.

Next year’s Worlds will be hosted in Valkenburg in the Netherlands, while the 2019 edition will take place in Bogense, Denmark.

Evie Richards, meanwhile, took third in the women’s under-23 race.

She won the same event 12 months previously, but her achievement was overshadowed by the discovery, at the same race, of a motor hidden in the bike of Belgian rider Femke van den Driessche.

1
Police officer caught on camera telling cyclists to ride in single file to be given "education around traffic offences"
2
Hit-and-run driver moved unconscious cyclist off road before fleeing scene
3
‘Dangerous cycling is not a priority,’ police force says
4
Cyclist bitten by dog… and then abused by owner
5
Why was Mark Cavendish riding with Lance Armstrong this week?
6
Five-year-old boy killed after van driver knocks him off bike
7
Want the “fastest socks on the planet”? They’re yours for €1,000 + more tech news from Campagnolo, Rapha, Van Nicholas...
8
Near Miss of the Day 827: Bus driver “bullies his way into a gap that was never there”.