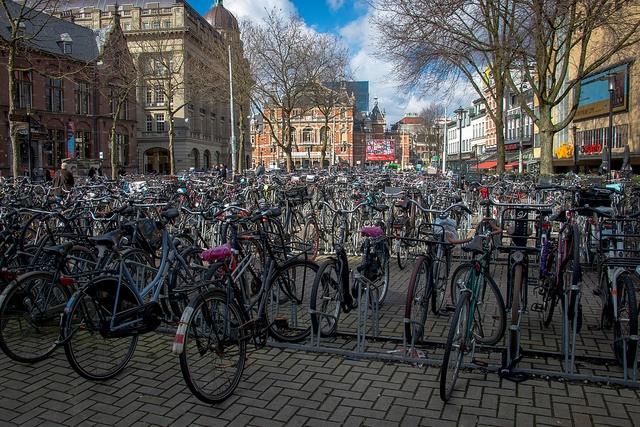 The city of Amsterdam will this week inform unsanctioned bike sharing companies that they need to remove their bikes before mid-October. Those not recovered will be impounded.

NL Times reports that many of the bikes have not arrived as part of some grand roll-out, but instead purely as a means of data gathering. They’re accused of clogging up valuable bike parking space at the expense of local cyclists.

In a post on Facebook, the council explained: "Of course you are allowed to park a bike in the public space, even a rented or shared bike. What is not allowed however, is using the public space as a place of issuance, which is exactly what a number of shared bike companies is doing now, while occupying scarce parking places badly needed by Amsterdam residents and visitors."

In July, responding to concern about the arrival and rapid expansion of dockless bike share schemes, the European Cyclists Federation published a position paper featuring a list of best practices to help towns and cities manage their arrival.

In August, Oxfordshire County Council, Oxford City Council and other partners said they were looking to set up a code of conduct for such companies to adhere to, while earlier this month, Transport for London (TfL) published a code of practice for dockless bike share operators. The latter demands that firms operate within strict geographic controls and also redistribute any large clusters of bikes that might end up blocking pavements.

Amsterdam is now working on bike share policy of its own and firms are to be selected and given a permit following a formal bidding process. Thus far, the city has only given permission to Hello Bike – a firm operating in the Zuidas area.

Similar to the TfL code of practice, companies will have to sign an agreement defining the area in which they will operate and how their bikes will be dealt with.