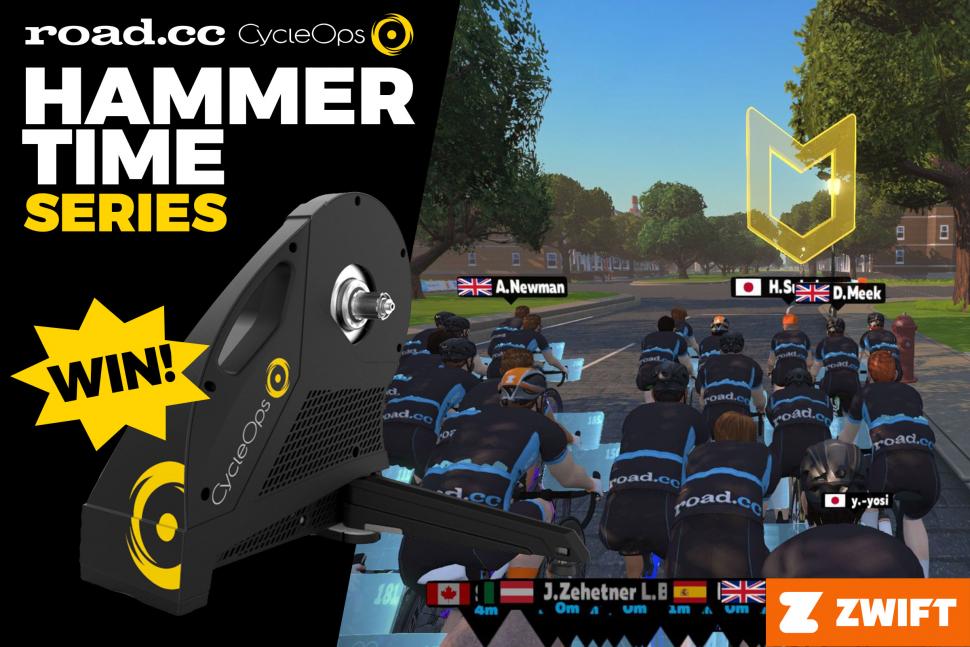 Monday is another group workout; we'll be chatting on discord and streaming on facebook...
by dave atkinson

This coming Monday at 2010GMT is the sixth in our eight-week series of Hammer Time rides on Zwift in association with CycleOps.  Ride #6 is another group workout with a mix of tempo intervals and sprint efforts. The series will culminate in a Fondo on Zwift 23 April, and if you ride one of the series rides and the Fondo then you'll be in the hat to win a CycleOps Hammer direct drive trainer worth £999!

Monday's ride is a group workout. That means everyone gets to to do the workout at their own level (based on the FTP they've set in Zwift) but the group stays together, even if you're putting out 150W and the rider next to you is doing double that. So you get the feel of a group ride and the benefits of a customised workout.

An hour long, this workout alternates between tempo intervals and sprint groups. You'll get plenty of active recovery time, as well as a few low-impact recovery periods.

After a warm up it's straight into a tempo block of six minutes at 80% of FTP. Following a short rest there's the first of three groups of four sprints. As you work through the session the sprints get higher in intensity but the recovery periods get lower, so you're able to work hard and recover across a wide range of scenarios. The sprint blocks are separated by tempo blocks to encourage active recovery on the bike.

We'll be streaming the ride live on Facebook again. The live feed last week's group ride is below. We'll also be chatting on Discord this week and feeding that into the live broadcast. So you can hop on and ask us awkward questions while we're trying to do sprint efforts. What could possibly go wrong? The Discord channel is push to talk, so it'll work better on the phone app than on a desktop computer.

> Join us on Discord

Like we said above, if you're a UK rider and you ride one series event and our Fondo on 23 April then you'll be in the hat to win a fantastic Cycleops Hammer direct drive trainer worth £999. We've reviewed it on road.cc and we really rate it: great road feel, sturdy build, easy to connect to all your devices.

There's a spot prize every week awarded to one UK rider too, and this week you'll be in the hat to win a CycleOps training mat worth £55. Just for showing up! 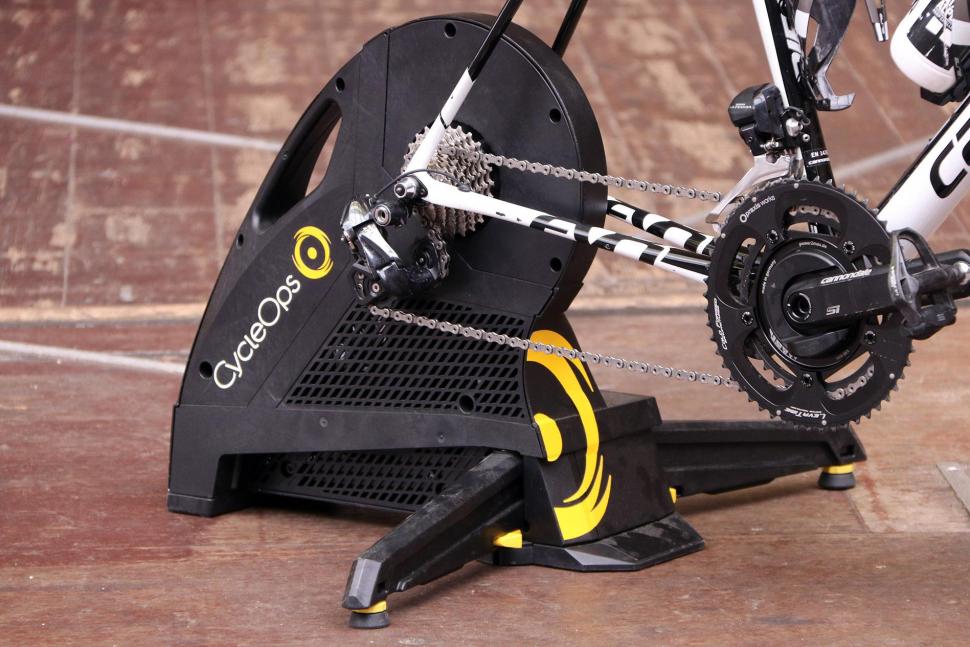