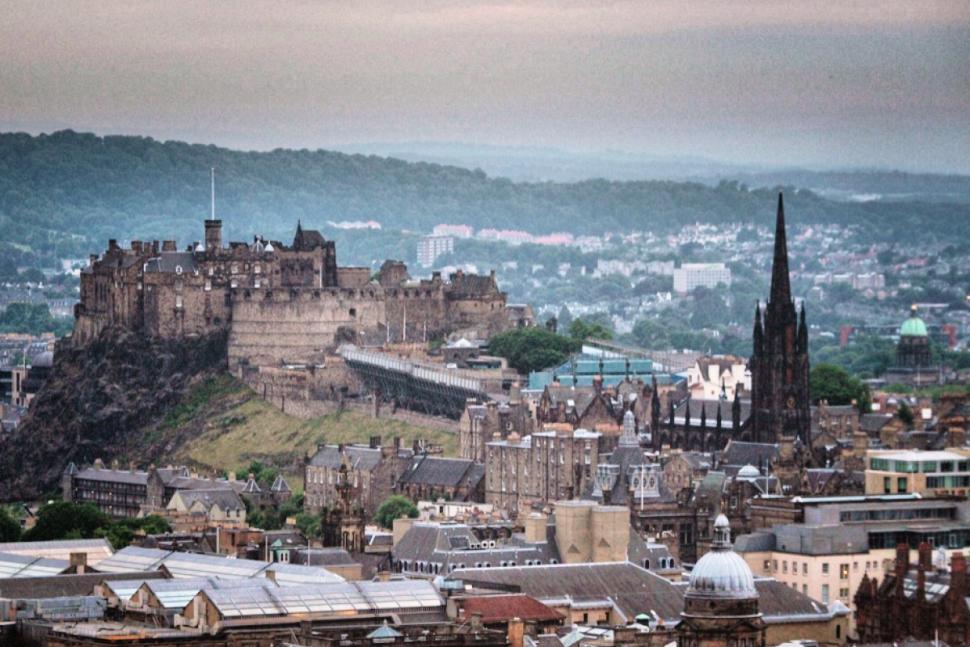 Edinburgh is planning a series of new driving restrictions in the city centre in a bid to create more space for people travelling on foot and by bike.

The council is taking a fundamental look at how the city centre works in terms of transport and is due to launch an official consultation process on a “Central Edinburgh Transformation” initiative next month.

Council leader Adam McVey told The Scotsman that having fewer private cars in the city centre would be a key aspect.

“You can’t drive where you want in other cities and they are all the better for it. They have better spaces and better public realm. We’re not aiming to eradicate private cars – that would be ridiculous. Everybody has to acknowledge that you cannot drive everywhere all the time.”

An official report for councillors says that the way the city currently caters for pedestrians, cyclists and public transport users is unsatisfactory.

“Edinburgh has an active and growing cycling culture with more people benefitting from this healthy, accessible and pollution-free way to get around. However, cyclists must negotiate conflicts with cars, public transport and pedestrians.

“The public transport system is the envy of many other cities, yet its high patronage results in several thousand bus movements per day on Princes Street and crowded bus stops across the city.”

McVey said the plans to tackle these issues could mean “quite a lot of change.”

“Other cities around the world have managed increasing numbers, which is driven either by population or tourism, they have looked to maximise space by diversifying transport uses.

“I would expect us to look at having less private cars and better public transport. We need to make sure people can still access the city centre, but in a way that maximises the space. We can’t increase the size of the city centre.”

A council spokeswoman said: “The successful co-existence of people who live, work and play in the city centre, spread across an extraordinary topography and urban form, is what makes Edinburgh the special place it is and what gives it its World Heritage Site status. But for all of Edinburgh’s outstanding qualities, some streets and spaces of the city centre remain congested and cluttered.

“Edinburgh is also a growing city. It is expanding faster than any other UK city and by 2040 will have a population of 600,000. A growing city needs a city centre that works for everyone across all its functions. To pull this together we will prepare a plan that sets out a clear ambition for the city centre in the context of the wider city evolution.

“We want to reduce congestion in the city centre and believe the key to doing this is improving the efficiency of public transport and investing in walking and cycling infrastructure.

“Making it easier to walk or cycle through high quality infrastructure as well as communicating the impact and benefit of high quality public realm on people’s health and well-being, are key components of creating a change in behaviour and a shift away from private cars.

“The process of evidence-gathering and consultation data will allow for idea generation and scenario testing. However, we are not at this stage of the process yet. We will continue to work closely with Lothian Buses and other bus operators on the project at every stage to test scenarios and develop solutions that fulfil the project aims and objectives.”

An ongoing consultation on safety measures for cyclists around Edinburgh’s tram tracks closes on April 11. Measures proposed include early release traffic signals and various options for changes to road layouts.