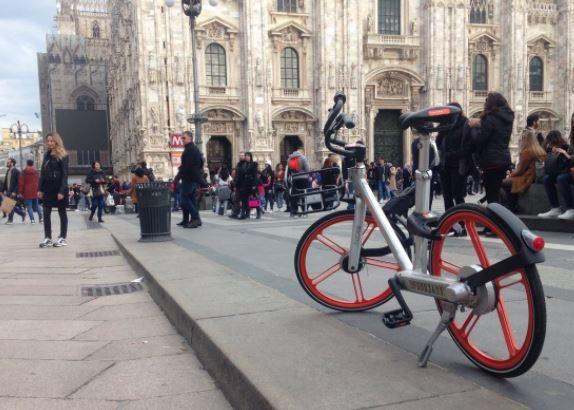 Dockless bike-share firm Mobike set to be sold for $2.7 billion

China-based dockless bike-share business Mobike is reportedly set to be sold in a deal that is said to value the three-year-old business at $2.7 billion.

Bloomberg reports that fellow Chinese business Meituan Dianping, best known for restaurant review and food delivery apps and an existing shareholder in Mobike, is set to take full control of the business.

Some 65 per cent of the purchase price will be in cash, says Bloomberg, with the balance made up by existing Mobike shareholders being issued shares in Meituan Dianping, which will also reportedly assume $700 million in debt.

It adds that Mobike will continue to trade as an independent business under its new parent, and will retain its current CEO.

Speaking of the potential transaction, Zhou Xin of Beijing internet consultanrs Jkinvest Bigdata told Bloomberg: “It’s quite positive for Meituan, as now it fully covers local services of all aspects.

He added: “Meituan is becoming a significant force in itself. Yes, it still belongs to the Tencent camp. But within camps, Meituan is also trying to build its own ecosystem.”

Together with rival operator Ofo, Mobike has been in the vanguard of the global expansion of the app-based, dockless bike-share revolution, and now operates in more than 200 cities worldwide.

Its bikes are now a familiar sight in cities including Sydney, Washington DC, Berlin and Milan, although it is less then 12 months since it first launched outside China, with its first foreign venture being Manchester, and in the UK it also operates in Oxford, Newcastle and parts of London.

The potential deal also represents the latest manoeuvring in the battle between Chinese online giants Tencent Group, a key backer of Meituan Dianping, and Alibaba Group, a major investor in Ofo.

Mark Natkin from Beijing-based Marbridge consultancy told Bloomberg: “It’s not a cheap deal but it’s a key time in the development of the bike-sharing business to pick a winner and get behind it.”