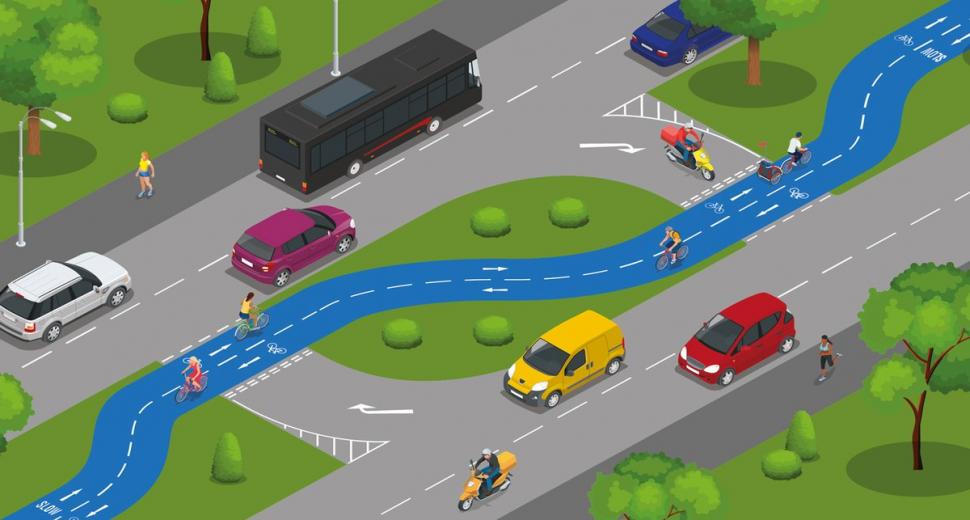 Birmingham’s new blue cycle routes along the A34 and A38 will be opening in the spring. The designs mean motorists will have to give way to cyclists at central reservations and after turning into side roads. Motorists’ responses on social media has been predictably robust, featuring liberal use of the phrases ‘waste of money’ and ‘accident waiting to happen’.

The A38 route will feature a stretch within the central reservation, which has given rise to the design below.

#Birmingham's new blue cycle routes along the A34 & A38 will be opening this spring. So we're asking all drivers to:

At central reservations & side roads motorists give way to cyclists on the blue cycle route.#BrumsOnBikes pic.twitter.com/IgNqdDOwXB

Amid all the usual gripes and whataboutery (red light jumping, bike lights, “road tax” etc) motorists expressed concern at how the cycle lanes crossed side roads, the possibility that lanes for motor vehicles could end up blocked by turning motorists and also “the amount of hazards i would have to slam my breaks on for” [sic].

One person even expressed their fear that “a steady stream of cyclists” could mean motor vehicles stuck on the road indefinitely.

The most common fear expressed by cyclists is that motorists won’t give way as they are supposed to and may just plough into them.