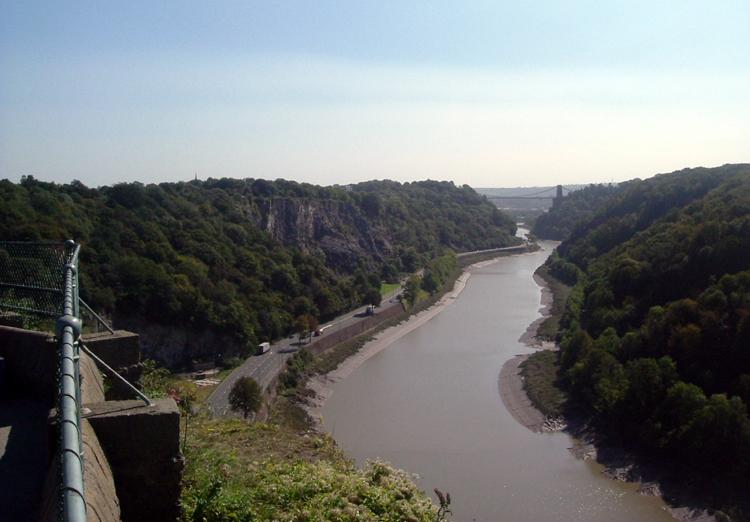 E-bike rider managed to escape in incident similar to recent knifepoint robbery in which £5,500 bike was taken
by Simon_MacMichael

A Bristol e-bike rider has told of how he managed to escape from armed men on a motorbike on a popular cycle route in Bristol where a cyclist had his bike stolen in similar circumstances last month.

The latest incident happened last Saturday lunchtime as the cyclist rode his off-road e-bike on the River Avon Path, which runs from Pill to Ashton via the Avon Gorge, reports the Bristol Post.

Realising he was being followed, he turned off the path towards Nightingale Valley. “Halfway up I heard a motorbike racing towards me with three white guys sitting on it,” he recounted.

“I quickly turned around and rode downhill just before they got off their bike. They tried to grab me and had some tools in their hands, but I didn’t wait long enough to find out.

“When I rode downhill towards the river path, the guy who followed me was waiting at the bottom,” he continued.

“I was riding an e-bike and think that saved me,” he said. “I would have no chance to outrun the motorbike on the river path on a push bike.”

He has warned other cyclists to be vigilant when using the path, which runs beneath the Clifton Suspension Bridge.

He said: “They work in a group – one or two guys on the lookout, riding up and down the river path. The rest, with the stolen motorbike, are waiting, probably in the area of Rownham Hill, or around the Brunel Way Pump Track.

“Once they spot someone riding alone, like myself, they communicate and set an ambush under the bridge. I suspect they have waited for me there, with three guys with knives and a motorbike blocking the way and a fourth guy behind me.

“It’s easy for them to rob or stab anyone – it’s a long, straight line and nowhere else to go.”

He added: “By turning up the Nightingale Valley, I must have ruined their plan, so they chased my uphill instead, and that’s what probably saved me.”

Avon & Somerset Police have issued an appeal for information, with a spokesman saying: “We received a report on Saturday, February 22, of men acting suspiciously in Leigh Woods, near North Road.

“A cyclist called to say at about 2.30pm he was followed by a group of three men on a motorbike, which he believed to be armed. They are described as white, in their late teens and covered their faces with a hood.

“The cyclist was able to leave the scene unharmed.

“We would ask anyone who saw men acting suspiciously in the area to contact 101 and give the call-handler log number 658 for 22/02.”

Last month we reported how, nearby, a cyclist had his £5,500 Yeti Titanium Arc bike stolen at knifepoint.

The robbers, neither wearing crash helmets, rode past the him on a motocross bike, and as he cycled under the under the Clifton Suspension Bridge, the passenger jumped out and hit him on the head, causing him to fall off his bike.

He demanded the victim’s phone and wallet at knifepoint and, when told he did not have them, searched his pockets before making off with the bike, one of only 20 such models in the UK and 500 worldwide.