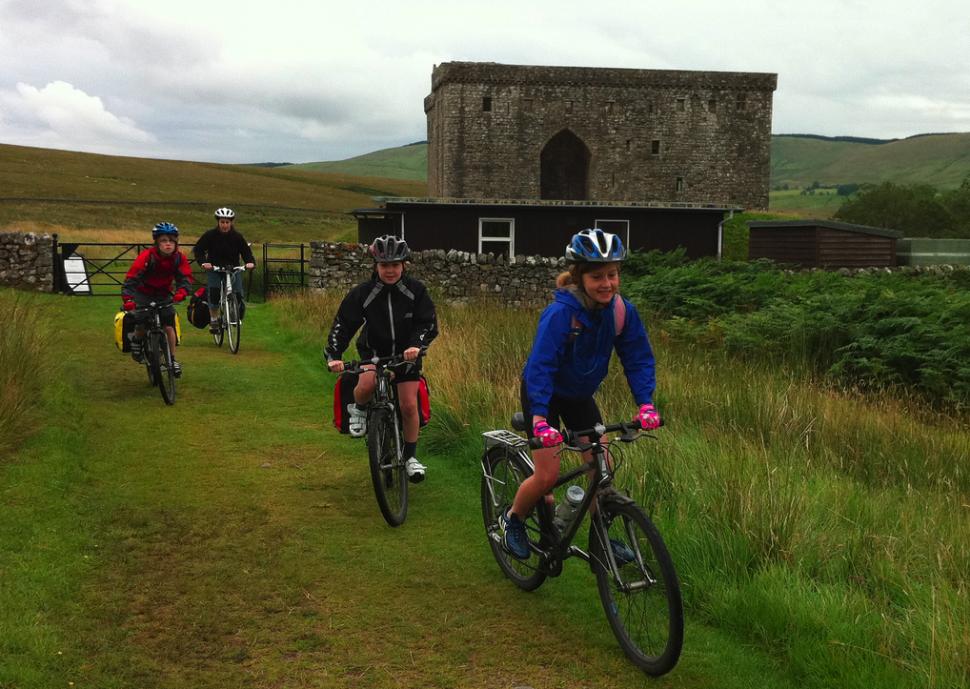 A village in the Scottish Borders has geared itself up to provide a warm welcome to cyclists, with local businesses signing up to a pilot scheme from the national tourist board to meet the needs of those touring the area on two wheels.

Newcastleton, about 30 kilometres northeast of Gretna, is reported by the newspaper Scotland on Sunday to have become the first village in the country to have signed up to a new VisitScotland initiative, ‘Cyclists Welcome’ – there’s also a sister scheme, ‘Wakers Welcome’ – with local pubs, shops, hotels and guest houses all signing up to the scheme.

Drawn up following consultation with national cyclist’ organisation CTC and the Scottish Cyclists Union, the Cyclists Welcome scheme requires businesses to meet a number of cycle-friendly criteria such as, in the case of accommodation providers, secure bike storage, facilities for drying clothes, late evening meals and early breakfasts.

Other businesses within the village have embraced the initiative to provide services such bike-washing and free tyre inflation and water bottle top-ups at the local garage, cycle parking outside the local shops on Douglas Squar, where there are also toilets and showers.

A spokeswoman for VisitScotland, which says the scheme is designed to help encourage entire communities to take cyclists’ needs into consideration, told Scotland on Sunday: "Visitors who enjoy cycling like to be made to feel welcome. They may arrive wet, tired or frustrated by a cycle breakdown.

“They appreciate having a place to keep their wet clothes, the option to set off early in the morning without missing breakfast, or simply a welcoming cup of tea on arrival. Businesses in the scheme are expected to simply commit to anticipating cyclists' needs."

According to VisitScotland, cyclists bring at least £200 million per year to the Scottish economy, part of the reason they splash the cash while out and about being because they carry few supplies with them and therefore need to stock up on the road. Obviously, you can add to that the fact that the very nature of cycling makes it vital to refuel regularly.

Barbara Elborn, operator self-catering accommodation in Newcastleton and a member of the village's business forum, said that the amount of trade due to cyclists had allowed her to stay open throughout the year, leading to her being "converted to the cause."

She added: "We have a huge amount of bike traffic and there is a great deal of enthusiasm and goodwill among local businesses. Our economy is hugely dependent on the bike leisure market. We recognised the opportunity and grabbed it with both hands."

Cycling Scotland chief executive Ian Aitken said that the initiative is "a fantastic scheme. It's great to see local businesses are looking to nurture this growing industry by making cyclists feel as welcome as possible.

The scheme has also been launched in England, Wales and in both Northern Ireland and the Republic of Ireland.