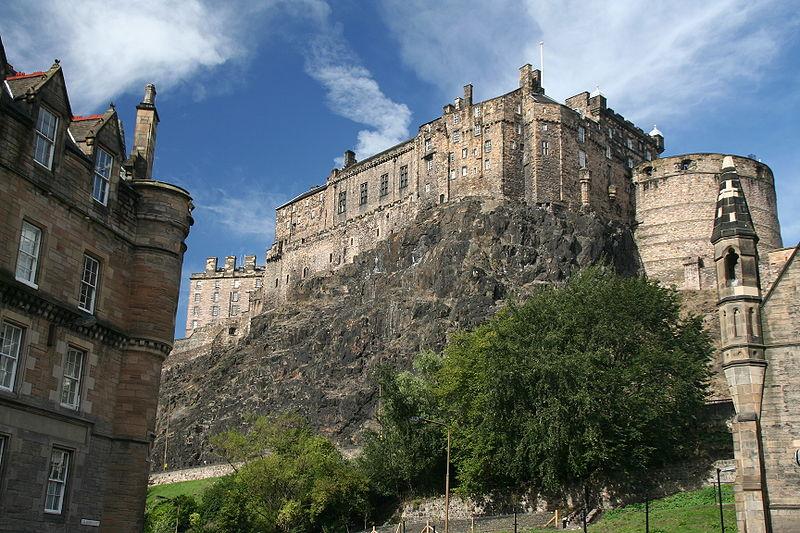 That was the order given to six soldiers from the The Black Watch, 3rd Battalion the Royal Regiment of Scotland as they reached the final few metres of a 1750-mile sponsored ride from central Italy to Edinburgh.

Health and Safety regulations thwarted the riders’ hopes of pedalling all the way up to  their military headquarters inside Edinburgh Castle, so they were on foot and pushing their bikes as they crossed the finishing line at the end of an epic two week ride.

Green Party parliamentary candidate Alison Johnstone told the Daily Record: "If they can get from Italy to the top of the Royal Mile without too many scrapes, it's probably OK to let them take their bikes to the castle as well."

The soldiers’ ride began on March 18 at the site of the Battle of Monte Cassino and  took them through Switzerland, France and the UK.

The trip succeeded in raising £25,000 for the charities Help for Heroes, Erskine House, the Royal Regiment of Scotland Association and the Black Watch Association.

Dubbed Exercise Tartan Cassino, the team leader was Lieutenant Bobby Stuart who said: "Every day of the journey has been a challenge but the determination and drive of everyone involved got us through it. We were cycling on average 125 miles a day and it was no easy feat."

The team included a recipient of the Military Cross, Sergeant Richard Clark, 26, who was awarded the medal after he attacked a Taliban machine gun post in Afghanistan using a rifle, grenades and rockets.