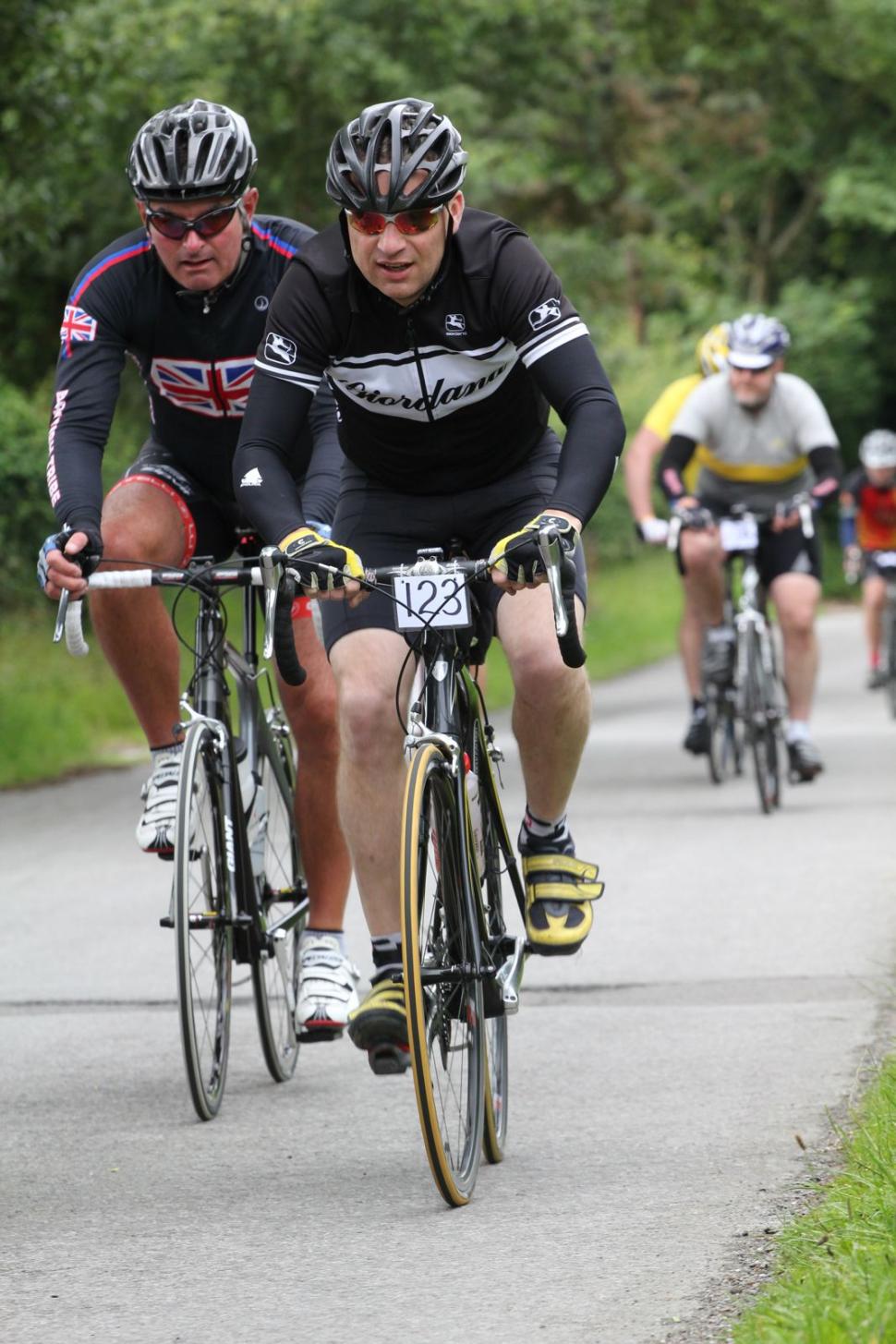 Mountain Mayhem sportive - thanks for coming!

A bit of extra climbing thanks to a nicked sign, but a great ride at a great event
by admin

Well it wasn't quite as sunny as last year, and big Dave was a bit peaky after finishing his last lap in the 24hr race at 5:30 in the morning, but the 2011 Mountain Mayhem sportive rolled out from Eastnor Deer Park with 120 riders, the same as last year, eager to try out the new course and spend a bit of time on the lanes around the Malverns.

We'd worked hard on the new course and included a bit more climbing, but quite a few riders had to add some more of their own after a local wag thought it'd be a good idea to nick the sign pointing down Chase road outside Upper Colwall, sending some people down the other side of the hills rather too quickly. We think everyone got back on track in the end though! 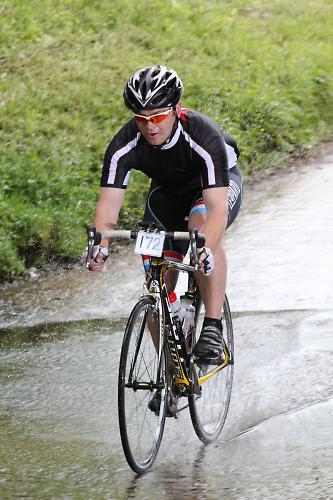 We only had to rescue one chap who'd managed to come off by dropping his bottle and instinctively letting go of his bars to try and grab it - hope the frame's okay fella, but it didn't look so good... Apologies to the guy who phoned Dave asking how to get out of Ledbury, thanks to the dodgy phone reception round those parts he didn't get your message until he was scuttling up the M50 some hours later... hopefully you ended up on the Malvern road!

Not that it was a race of course, but there were some good times posted, and plenty of people were looking purposeful in the photos we took near the start and the finish. We'll post them up soon. In the meantime the results sheet is attached below.