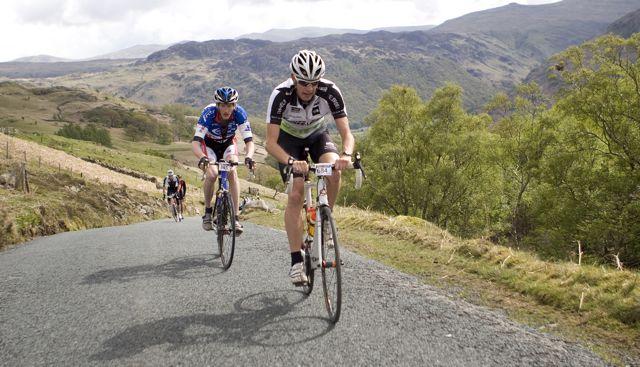 Riders of all abilities took part in the grueling 112-mile Fred Whitton Challenge at the weekend – the tough Lake District charity ride dubbed, “The Daddy of them all!”

The race is held each year in memory of Fred Whitton who, until his untimely death in 1998 at the age 50, was secretary and a popular member of the Lakes Road Club.

This year’s road bike sportive is said by organisers to have been the largest in the Lake District with a field increased from 1,000 to 1,200 riders in it’s tenth anniversary year.

Riders headed out between 6am and 9am from the start at Coniston to tackle the infamous course crossing the Lake District’s toughest passes; Kirkstone, Hostister, Newlands, Whinlatter and Cold Fell, finishing on Hardknott and Wrynose.

WHEELBASE.co.uk rider Rob Jebb (pictured) and James Dobbin of Artic Premier RT, battled it out to the finish taking joint first place with a time of five hours 46 minutes. The time was just short of the 5 hour 40 minute course record the pair set last year despite that year’s sweltering conditions being replaced by a cool 12C with only light winds.

However, in the final 66 miles, as the pair repeated their attack on the finish, neither rider broke, despite hitting an atrocious hailstorm on the top of Wrynose Pass.

They crossed the line together 14 minutes clear of the third fastest rider, Ben Bardsley, of Keswick Bikes. 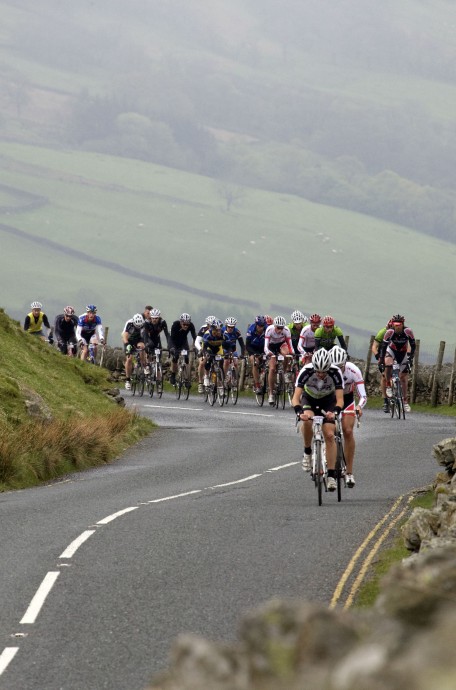 Popularity of these ‘Sportive’ cycle challenges has risen massively in recent years demonstrated by the fact that all places on the The Fred Whitton Challenge sold out within two days of release!

The event was this year raising money for the Dave Rayner Fund, which helps send young riders to train on the continent, and MacMillan Cancer Support, whose nurses helped look after Fred so well when he developed cancer.

For more information about the event, visit the website: www.fredwhittonchallenge.org.uk