Canyon have redesigned their Ultimate AL aluminium road bike for 2012 and it will now be available in a Shimano Ultegra Di2 option.

The frame comes with Canyon’s tweaked, assymetric Maximus seat tube which bulges out on the non-driveside for increased stiffness but stays far less, um, bulgy on the driveside to accommodate the drivetrain. The cables go down the internal route for 2012 too – not just on the Di2 version, but on the mechanical shift models too – and the bottom bracket is now press-fit rather than threaded. 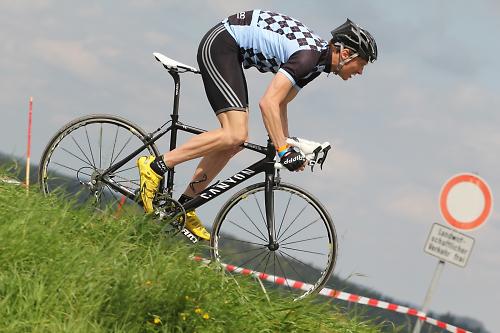 In terms of geometry the Ultimate AL is in the middle of the Canyon range of setups. Canyon specify a particular ratio of stack height at the front to reach (effective top tube), and the ratio is the same across all the bike sizes. Sport is the most upright, followed by Sport Pro which is a bit lower, and Pro, the lowest. The Ultimate AL is Sport Pro. Jo took the Di2-equipped model for a spin at Eurobike, Mat was aboard the SRAM Force version. The verdict? It rides like you might expect an aluminium Canyon to ride: it’s super-stiff. Those Germans love a bike that doesn’t flex about and this one certainly doesn’t. That’s especially noticeable at the front end. Haul those bars about, drag ’em upwards, put all your weight on ’em… it makes to difference. This is one solid bike. It’s the same at the bottom bracket: efficient. Like, solid. 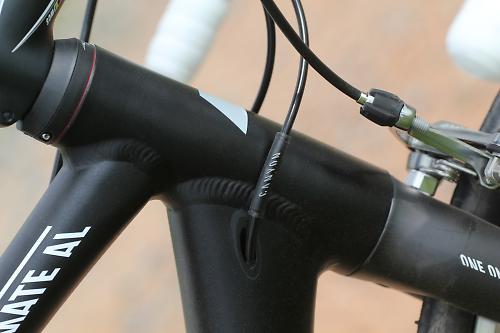 Is all that stiffness a Good Thing? Jo reckoned he’d need to be about 20kg heavier to get the best out of the Ultimate AL. He’s the sort of rider who likes to work with the bike, encouraging it along with finesse and some kind words. That’s not to say Jo disliked the Canyon, but he didn’t feel it was particularly suited to him. Mat, who likes to boot bikes uphill whether they like it or not – a kind of tough love approach – liked the bike much more. Horses for courses, as ever. But you get the picture. It’s a bit of a hardnut, although pretty light with it. You’re looking at just over 1,200g for the frame, according to Canyon’s own figures. If you’re thinking stiffness means uncomfortable, think again. Canyon’s VCLS (Vertical Comfort Lateral Stiffness) seatpost does a great job of keeping the ride-quality sweet. We know this from experience at home, not from our time at Eurobike. All the roads in this part of the world are super-smooth anyway so there’s very little damping for the seatpost to do. Everything feels comfortable around here. 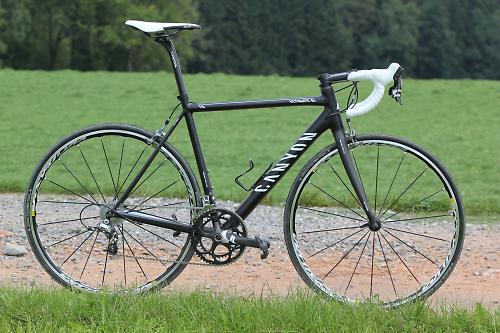 2012 prices are a way off being finalized yet but as it’s an aluminium bike from renowned value-meisters Canyon, we’re guessing it’s going to be… well, not cheap but hopefully not scary-expensive either. For reference, last year’s entry-level Canyon Ultimate AL 8.0 – with a Campag Athena 11-spd groupset and Mavic Ksyrium Equipe wheels – was £1,329.