Things we've come across in our camera from Eurobike...
by nick_rearden

SKS has made a highly-modified version of its Raceblade mudguards for race bikes with limited clearances. In very simple terms they're longer so those crazy Germans have called them Raceblade Long but that's just the beginning of the story.

We know, mudguards; it's no one's favourite subject but after a week of solid rain before we went to Eurobike we were more than happy to sit and listen to their man show us the cleverness of the new 'Long' version of Raceblades. We didn't criticise the strength and the durability when we reviewed SKS Raceblades last year but they were pretty much solidly in place once they were mounted and one of the things riders with nice close-clearance race bikes often want to do is add and remove their 'guards more or less at will depending on the weather. 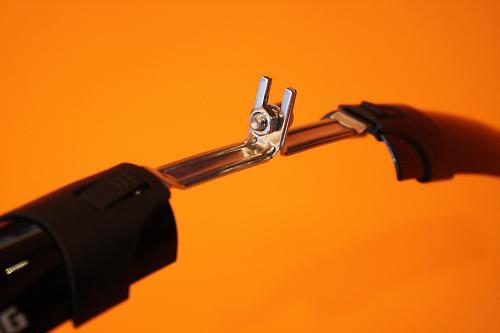 Nifty stainless steel mounts now screw in behind the brake bolts onto which the guards - in two halves - positively snap on. In addition and as the name suggests the 'guards are now considerable longer with durable-looking but surprisingly soft and flexy moulded flaps which should keep the rain off your feet and the faces of your autumn riding buddies. 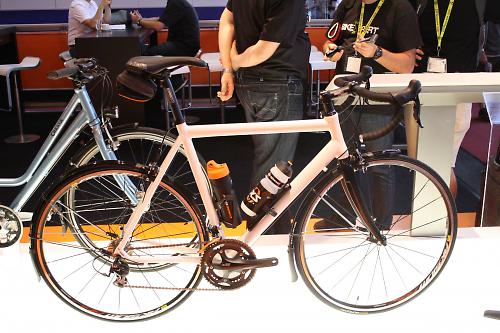 The price at £45 is a fiver more than the original version but you do get a lot more stainless steel hardware which is going to take a correspondingly longer time to set up the first time. But we reckon they're going to be good having dismounted and refixed them on SKS's demo bike a few times. Tony & Jo's video here. 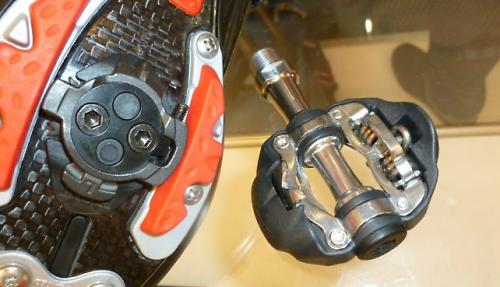 What are we doing featuring mountain bike pedals, we hear you ask. Fact is, Shimano's venerable M-series pedals and plenty more besides although designed for mud clearance and double-sided fast entry for tricky trails also serve very well for commuting, especially with the quick no-brainer entry. Many commuters, although more than happy to benefit from clipped-in-ness, don't want to walk around off the bike in racing shoes with a surface mounted cleat and this is where the marriage of a pair of so-called mountain bike pedals with a recessed-cleat shoe really comes in handy for all sorts of road cyclists and especially the ones that could just as easily be swapping across multiple bikes for on and off-road use. There are quite a few such 'touring' shoes on the market now - Shimano RT81 being a favourite here  - and now at Eurobike Speedplay has launched a new MTB pedal option to go with them called Syzr - yes, you're supposed to pronounce that 'scissor' - which might appeal to users of its pure road pedals, paying attention as they do to adjustability and easy entry. I-Ride the importer is claiming they're lighter than Shimano XTR and that the price will be £150-£200 depending on whether you opt for Cro-Mo or stainess steel axles. It remains to be seen whether these Syzrs replace the existing and long-standing Speedplay Frog MTB pedals. 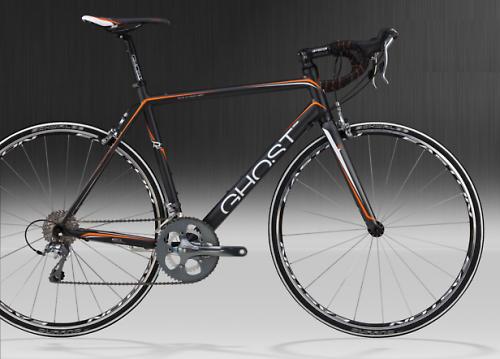 One of our recurrent comments as the 2012 bikes have rolled out is that the continued development of aluminium as a frame making material hasn't slowed down even though carbon-fibre has stolen all the glamour these last few years. Truth is, manufacturers know where they are with pushing at the boundaries of relatively mature technology so the prices are lower and it really is amazing what a modern aluminium frame looks like, rides like and weighs compared to only a decade ago. Which is a prelude to writing that although the Ghost brand has some very nice carbon bikes right up the full works with carbon-fibre at £5,000, the one we're looking forward to riding is its least expensive model with Shimano 10-speed Tiagra components and Easton wheels on a very interesting-looking aluminium frame for £999.99. They're claiming an 8.4Kg (18.5lb) weight.

Special price on a Wattbike for British Cycling members 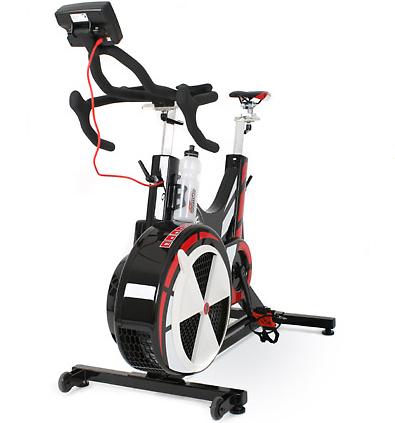 It's been a feature of any events where British Cycling has pitched its marquee over the last few years that Wattbike indoor stationary trainers are on hand to try which means there must be an army of potential indoor cyclists mentally prepared today to take advantage of a 10% discount off the £1,995 price of a Wattbike trainer if they're BC members. What do you mean you're not a member? Get signed up with that, even if you're not buying a Wattbike.

In case you were wondering what the advantage is of all those ceramic bearings that the wheel and bottom bracket makers are extolling lately we grabbed this little iPhone video clip at Eurobike. On the Ambrosio stand we met Claudio who works for a specialist bearing company that makes the ceramic balls and bearing surfaces going into the Italian brand's mid-to-upper wheels. Impressive when you consider how light and therefore how little momentum those jockey wheels carry. Dutch ceramic coatings specialist Ceradure was at Eurobike for the first time showing off road and mountain-ratio cassettes first of all machined in one piece from a solid block of aluminium and then coated in a smooth ceramic finish that helps the alloy's durability but mostly makes it quiet and slippery for nicer shifts. The weight is a world-beating - they say - 88 grams for the 12-25 10-speed combo including the lock ring; the price €349.

Ceradure says the ceramic is more than just a simple coating, their man Willem explaining that the process is not unlike anodizing where the finish actually reacts with the host material and penetrates for a strong bond. 2,000km is the claimed wear prediction in one ratio, which doesn't sound bad but you still won't be using it for commuting. Well, Lord Sugar might but the rest of us lucky enough to afford €349 for a cassette will be saving it for top rides. There is also a rather amazing 85 gram magnesium stem with a similar ceramic finish. Price for that is also €349. You can order from Ceradure's website but there are talks going on for distribution to UK shops.

'A girl can NEVER have too many bags' says Minx Custom musettes are well on-trend and no self-respecting cycling brand or bike shop should be without its designer slogan splashed across a nifty bag to sling just so across the shoulder for a jaunt to the coffee shop. Minx is a women's-only mail order shop with its own take on the musette thing; theirs comes with a hand-embroidered handkerchief. As Minx says, "Always carry a hankie, because you never know." So true. You're soon going to be able to buy Condor bikes and frames from other shops outside London. In fact, you could buy them for the last 18 months at Colin Lewis Cycles in Devon and County Cycles, South Wales while Condors sorted out their systems for shipping other stockists but, according to Condor MD Grant Young, they're now ready to crank up the numbers, "Our stockists make sure that a Condor owner can pop in for a chat, have a service, see new products and feel part of the brand, even if they haven’t visited the London store."

The new shops selling Condor's Italian-made steel, aluminium and carbon frames from Spring 2012 will be Ride 24/7 in Gloucestershire, Ronde in Edinburgh and Velo in Co. Offaly, Ireland. Plus, there are already stockists further afield in Brussels, Antwerp, Basel, Barcelona and Seoul. 'Only 107 shopping days until Christmas!' says the press release from Buff but don't worry as this is only an early heads-up that from the end of October there will be special patterns of the original multi-purpose head or neck warmers packed in tins as gifts for the festive season. The price will be the usual £13. 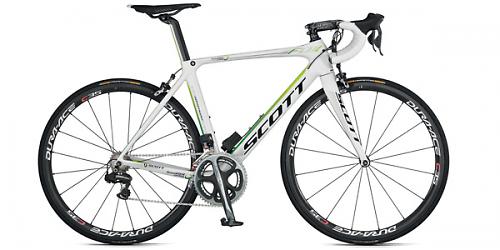 Feeling a little guilty that Scott's range-topping Foil Premium model with its 840-gram frame but with a super-stealthy matt-black finish completely evaded capture by all our photographers at Eurobike, we include here for your viewing pleasure the considerably lairier GreenEdge pro team version and the news that the 2012 Scott range is now live on the website. To start you off with a bike we really liked at Eurobike, the Venture 30 looks like the ultimate city bike complete with Shimano internal hub gears, lights and the neatest integrated mudguard-and-rack-combo we've yet seen and it even stashes your lock. More of that, please.