Knog have updated the wearable version of their Boomer light. According to Knog the magnetic clip-on version of of the Boomer rear light needed some updates which should be hitting the shops any minute… in fact in a roundabout way we seem to have returned from Eurobike with a couple.

The latest versions promise a better fixing to your clothing using an array of Neodymium magnets with a combined load strength of 1.8Kg which should be sufficient considering the light weighs 53 grams - might be the way for us to work out if we've got the old ones or the new ones too. Then the electronics have been updated to incorporate an anti-shock feature which means the light will no longer turn off spontaneously. Plus the waterproof seal has been improved, all adding up to what should be a much more reliable light "in all types of shitty weather," as the Australians put it. We'll find out soon because we're working on "the most comprehensive and scientifically-based review of lighting yet carried out in the UK market," according to our light reviewing department (what, you mean Big Dave? - ed). Meanwhile the revised Knog Boomer Wearable light is priced at £20.49.

Pocket Rocket 2 & SplinterBike at the V&A until January 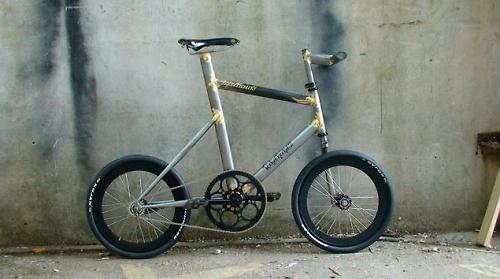 Pocket Rocket 2 by Ben Wilson now at the V&A

The 'Power of Making' is an exhibition showing now at London's Victoria & Albert Museum; "a cabinet of curiosities showing works by both amateurs and leading makers from around the world to present a snapshot of making in our time," according to the V&A website.

More's the point to us, there are at least two interesting bicycles showing, the Pocket Rocket 2 by London's Wilson Brothers, a fillet-brazed mini bike with 'lugs' painted in with Melliard's gold leaf - also, Flickr pics here - and the SplinterBike, a 100% wooden work of art which we've featured on these pages recently. 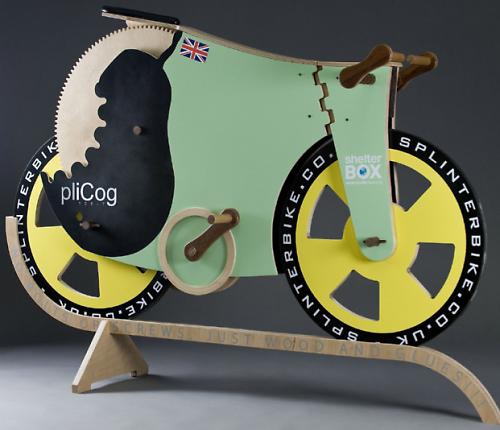 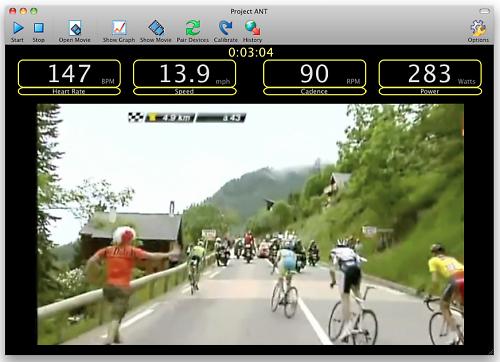 We've enthused in these pages before about the Sufferfest video compilations you can download to motivate your winter training sessions indoors on the rollers. Which is all very well but they don't provide any speed, cadence, heartrate or other data unless you read it off the computer on your bike which for reasons to do with where your sensors are, doesn't always work if your front wheel is removed and is often not that easy to read if you're cross-eyed with effort.

What the Ergophase application for Macs does is provide an overlay for your big screen so that whatever else is going on there, you see the real-time data provided by your Ant+ protocol devices in large, clear, easy-to-read form. Ant+ is used by companies like SRM, Quarq, PowerTap, Garmin and with certain Cateye, Trek and other makers. Furthermore, once the data is recorded, it can be exported in .tcx, .pwx or .csv formats for further analysis in software such as iSMARTtrain or TrainingPeaks. Price is £14.99 and there's a free limited-time demo to try. 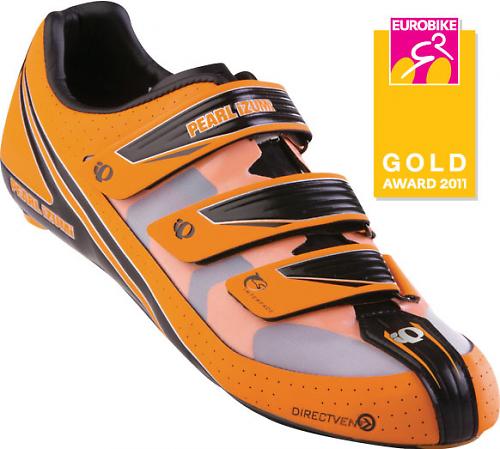 We already covered the Brompton Oratory Jacket and Cannondale Super Six Evo that were among the ten products winning the top 'Gold' awards at the recent Eurobike show in Germany. We now also hear that the Pearl Izumi Octane III road shoes will be making it to these shoes, too, in March 2012 through the Evans chain via UK distributor Madison. Price is still to be determined for the UK.

"This is what the shoe world was missing up to now," was the verdict of the Eurobike jury, going on that the shoe is "insanely anatomical" and offers all you could ask from a cycling shoe without any compromise in comfort, function or design. For comfort they cite the single-layer construction its one piece Clarino Rovenica upper which offers a seamless feel while supporting the foot. Strategically placed Direct-Vent panels on the upper and sole provide maximum breathability and drainage. "The running shoe inspired perforated foam with mesh liner finish on the tongue offers both venting and cushioning on the ‘pull’ phase," it says here.

On function, the Octane SL III weighs only 195gr while featuring a unidirectional carbon fibre sole with anatomic concave shaping and an ultra-low 6.5mm stack height for improved pedalling efficiency and maximum stiffness. The new 1:1 Interface sole also features sliding inserts for adjustability and a non-slip grip to maximise the shoe-to-pedal response.

As for design, the angled 25-degree straps on the upper are anatomically designed to follow the natural curved shape of the foot for unparallel fit and evenly disperse tension across the foot. The off-centred toe piece is shaped to relieve pressure off the toes and prevent chafing. Finally, the external power band on the heel securely holds the foot in place to deliver maximum power. 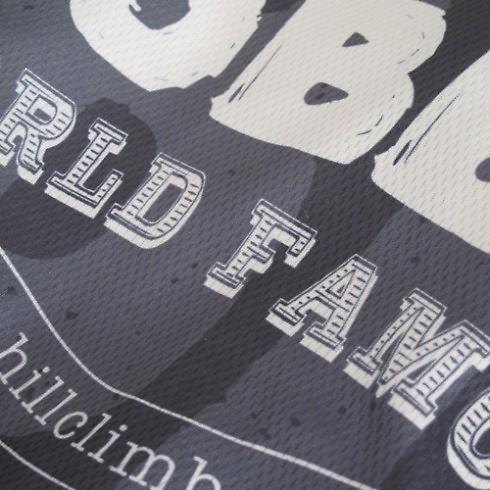 Custom jersey specialist Milltag and the Cobble Wobble hillclimb organisers in Frome, Somerset have collaborated on a commemorative top for the third edition of the race coming up on September 25th.

It's almost certainly too late to enter the Cobble Wobble but you can still make like a lean, mean hill climber with the £70 limited edition jersey just released online by Milltag.

The 179-yard cobbled sprint up Catherine Hill in Frome is the venue for the festive event which apart from pulling in the cream of hill-climbing talent from across the cycling disciplines is treated as an excuse by the good townsfolk for a bit of a party. Suffice it to say the local Milk St Brewery is offering Cobble Wobble Ale and last year's winner, Mongoose-sponsored trials rider Chris Akrigg may be enjoying a few in lieu of competing, since his recent famous crash rendered him hors de combat. 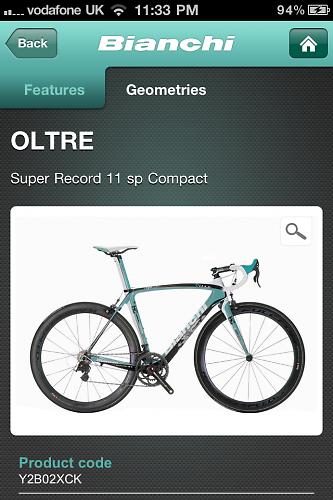 Having used the Bianchi iPhone app since it was launched at the last Giro d'Italia, the big surprise is that more big bike companies haven't already got on the bandwagon. In its original form, the free app presented in essence a product catalogue of bike model pictures for fans but the new update now includes geometries and specs, the pretty pictures look all the better when now viewed on an iPad and a rudimentary route tracking function that is so simple and charming that it might actually be our favourite of the type as long as you just want to know where you've been and how far it was. There are also Blackberry and Android versions in the works and available 'shortly.' UPDATE: The Android version is here. UPDATE II: Blackberry here.