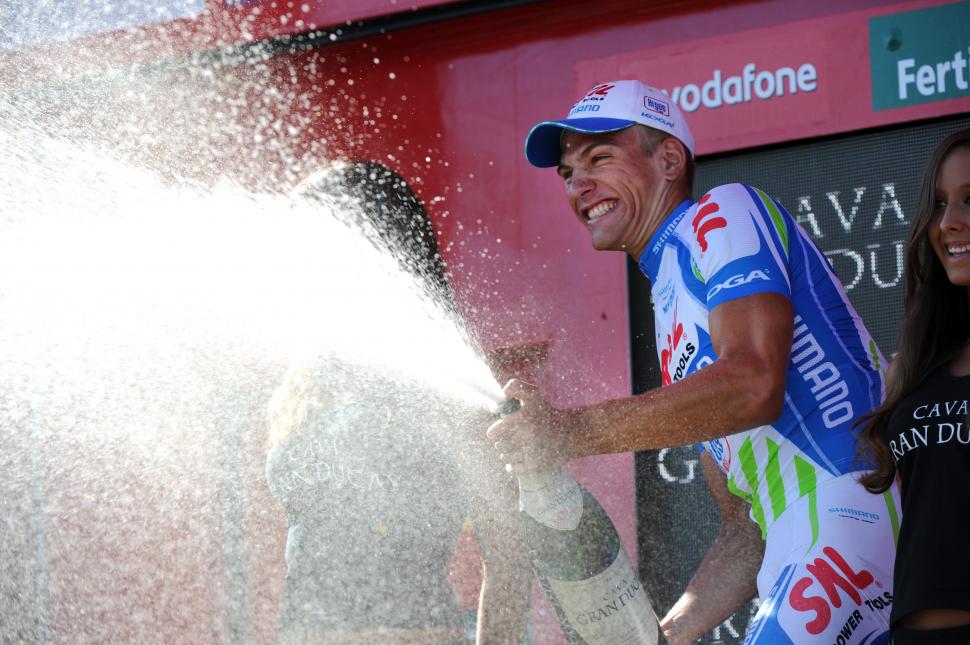 Young talent named as one of 28 athletes whose blood was subject to 'black light' UV technique...
by Simon_MacMichael

Marcel Kittel, the 23-year-old German sprinter who burst onto the pro scene last year with victories including Stage 7 of the Vuelta and four stages of the Tour of Poland, is one of 28 athletes reported to be involved in a blood doping ring centred around sports physician Dr Andreas Franke of the Olympic Training Centre in Erfurt.

Franke is alleged to have subjected blood he had taken from athletes to ultraviolet light, before returning it to the individual’s body. The technique, also known as black light doping, was formerly practised in the former East Germany.

Along with all other types of non-emergency blood transfusion, the procedure is banned by the World Anti-Doping Agency.

Kittel, who rides for the 1T4i team (formerly Skil-Shimano), was today named by the TV programme ARD Sportschau as one the athletes under investigation by the country’s national anti-doping agency, NADA.

Other athletes said to be involved include five-time Winter Olympic champion, the speed skater Claudia Pechstein, who was involved in a lengthy legal battle in the run-up to the 2010 Winter Olympics to have a two-year ban for blood doping overturned.

Pechstein, the first top-level athlete to be banned as a result of abnormal blood values alone, claimed to suffer from anaemia, but was unsuccessful in appeals to the Court of Arbitration for Sport as well as the Swiss Federal Court.

The 39-year-old has previously said she would like to compete at the London Olympics this summer as a track cyclist.

This evening, Iwan Spekenbrink, Kittel's manager at 1T4i, which has a strict anti-doping stance, said that the sprinter had done nothing wrong and the team was standing by him.

Spekenbrink confirmed to Cycling News that Kittel had visited Franke in 2008 when he was ill, as did any German athlete in similar circumstances.

He added that Kittel had not undergone any treatment that was prohibited at the time, and that the team had not been informed of any investigation of the rider by the police, the NADA or the UCI.