Successful team bikes for the likes of us, new lights and bike polishing on the agenda this week...
by nick_rearden

André Greipel of Lotto-Belisol winning yet another race is as good a day as any to mention that his bike supplier Ridley is planning on offering a couple of 'Team Replica' models starting at the end of April. We say 'planning' because when we spoke to Dave Mellor Cycles this morning their Ridley rep hadn't been round yet with pricing and the marketing department is bouncing around the Oman desert out of internet contact but we do have pictures.

There's to be three models: one Campagnolo Record equipped and based on the extraordinary Noah Fast frame which with luck will be a little lower in price than the de facto 2012 range topper that comes with Shimano Dura-Ace Di2 for £9,500*. The other two, slightly more achievable with either Campagnolo Chorus or Shimano Ultegra Di2 based on the less ground-breaking - and expensive - Excalibur carbon frame. We're going to take a stab in the dark at £3,259 for that latter price as there is already a 'Ui2' based Excalibur in the 2012 range. All three models will come with team-authentic Rotor chainsets and you'll get a team-issue Lazer helmet thrown in as well.

In May, we're told you'll be able to be buy Team Replica framesets alone and we already know that the Noah Fast is £3,999.

*UPDATE: Bicycle Repair Man in Prudhoe, Northumberland tell us the Noah Fast with Record will be £5,500 and the Chorus-equipped Excalibur £2,545. Ridley Excalibur in Lotto-Belisol livery from April. There's this Chorus version for £2,545 and the Ultegra Di2 is likely to be £3,259 plus you get a free team Lazer helmet, too. 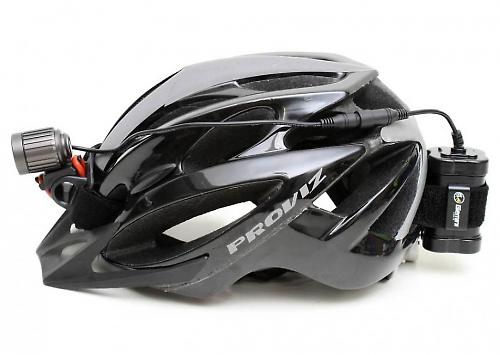 We'd been so impressed with the spec of Gemini's 800-lumen Xera light kit that we'd even asked for one to be sent over from China to review, which they'd duly done with both the two-cell and longer-lasting four-cell options in the works now for testing. A nice surprise, then, when yesterday i-ride in Sussex said they're picking up the distribution for UK bike shops because they, too, thought they looked pretty good and night testing of the Cree XM-L LED-based system, according to their Tom Marchment, has been promising indeed. "Plus, we are amazed at just how much is included for the money; handlebar mount, helmet mount, spare lenses and extension cables are all in the box." As well as a proper UK power charger, he's keen to point out. Money, you say? £129.99 for the kit with the two-cell 2,600mAh battery pack which has a two-hour life at maximum output or £149.99 for the 5,200mAh four-cell with double the run time. Other medium, low and flashing settings will double, treble and quadruple battery life. 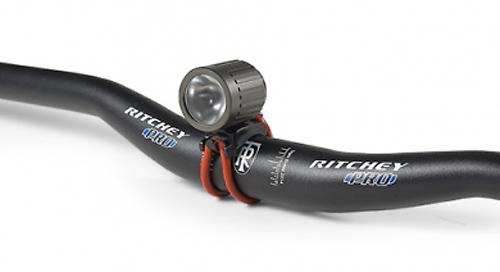 Xera light unit case is aluminium and light at 52g, puts out 800 lumens at 'max' setting. 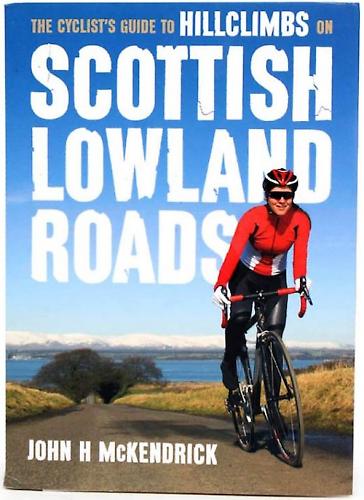 It remains to be seen whether the sequel to Simon Warren's '100 Greatest Cycling Climbs' coming out in May will feature more of an emphasis on Scotland because pretty much the only thing we could think of to criticise in the original was a relative lack of attention North-of-the-border which is perhaps not surprising when the author lives in the south and is not exactly lacking in options to find a hundred climbs or even the subsequent second hundred. Meanwhile this even more pocketable volume 'The Cyclist's Guide to Hillclimbs on Scottish Lowland Roads' is by John H Mckendrick a native Ayrshire resident, who, as the title suggests has gone for the detailed approach and 'just' covered the Lowlands, the southern half of Scotland essentially, and which anyone who has ever cycled there will know are not very 'low' at all. What you get for a very reasonable £6.99 is 36 climbs with full geographical details, tips for successful ascending - as well as descending, which we thought was a nice touch - as well as a homage to the great Robert Millar who made plenty of use of the six 'killer climbs' around his native Glasgow and who is still, the proud Scottish author reminds us, the only Briton ever to have won the King of the Mountains jersey in the Tour de France. 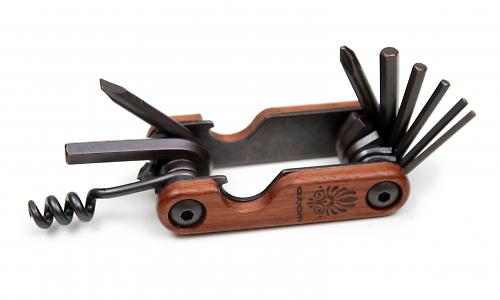 No doubt about it, one of our favourite bike shop owners is Charlie the Bikemonger from down on the UK's Dorset coast, not least because every now and again he comes up with an undiscovered gem. Today's exhibit; the Axiom Corker, a lovely little 72 x 38 x 19.5mm Rosewood-handled cyclists' multi-tool with eight of the most commonly needed bike tools, plus a corkscrew. And a crown-top bottle opener, too, built into the body. The bits are not made from the kind of nasty mild steel that bend and round off the first time you use them, either; it's the proper Chrome-Vanadium stuff and did we mention there's a corkscrew? We honestly cannot see a downside for £10.90, posted. 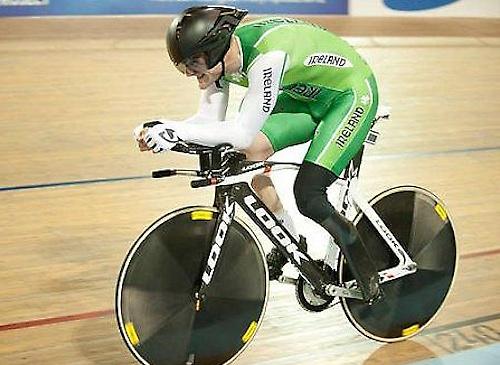 No sooner had Colin Lynch, recent winner of the 3,000m Pursuit at the Paracycling World Championships posted his blog on road.cc in which he politely thanked all his sponsors including 3T than the very same Italian company were on the email congratulating Colin and reminding us that he was using their new Brezza II Nano aero bar. Followers of our Eurobike coverage may remember our post; it's called 'II' because it's a lighter and stiffer evolution of their previous Brezza 'bar and 'Nano' because it's narrow. Perfect, indeed, and now proven for someone tucked into an aero position for their whole event. 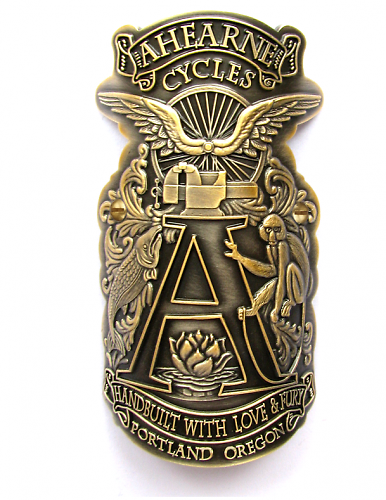 There's plenty to like about the recent explosion in artisan frame building, not least that exquisitely-wrought metal head badges of the kind that used to be de rigueur for quality bicycles but shunned in modern times for reasons of cost, weight and aerodynamics but mostly cost are making a comeback now that makers are keen to highlight their little differences. And little differences are what you need if you set up business building bicycle frames in Portland, Oregon where there seems to be as many custom frame builders as there are days in the year. Local artist and designer Karl Edwards worked up the head badge for Joseph 'Handbuilt With Love & Fury' Ahearne after lengthly consultation with his client, who knew just what he wanted to convey his passion. The link below tells the story. 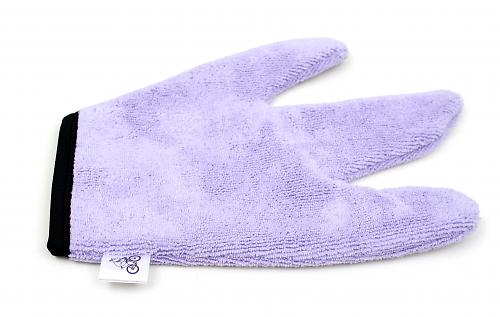 The Purple Harry Bike Wash & Polish Mitt could have had a more conventional shape like many a car-washing-style item but then you wouldn't be able to wriggle your two foremost fingers into the narrow gaps on a bicycle. Plus, it looks like a velociraptor's sock, which is obviously cool. The synthetic microfibre fabric is claimed to be four times more absorbent than the cotton and poly-cotton ex-tee shirts that commonly get pressed into service in this role and don't snag although the success of that will be revealed when we've completed our rigorous dinosaur impersonating - we mean bike cleaning and polishing process. Price is £5.99 each or £9.99 for a 2-pack meaning you can use one for wet cleaning and the other for polishing.

BREAKING NEWS: as we posted this, the announcement came though on the confirmation of the sale of the Toronto-based frame maker Cervélo to the Pon group from the Netherlands. Separate story here.