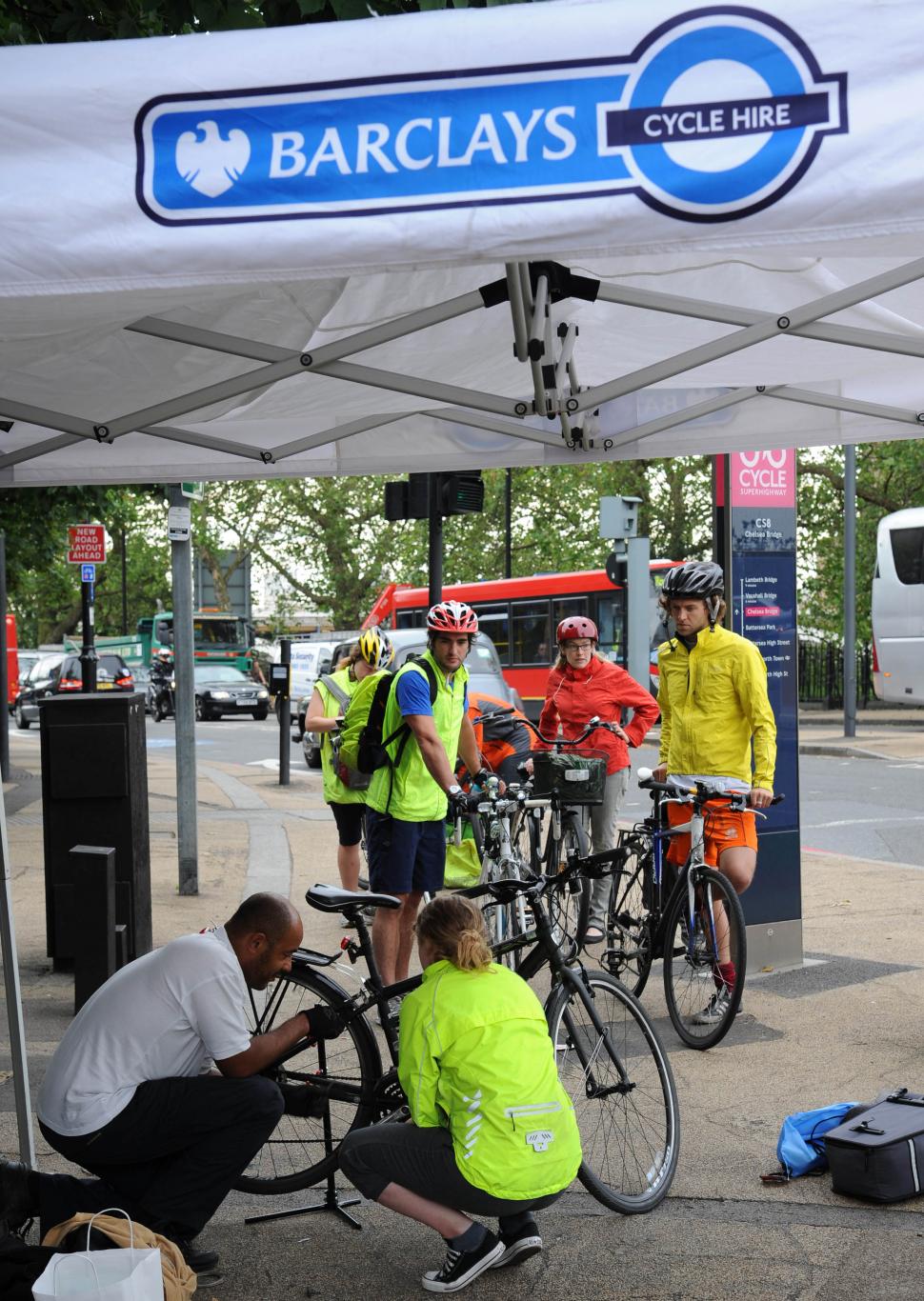 (Insert your own Barclays 'fixing' gag here)...
by Sarah Barth

The official Games Lanes were painted onto London's roads last night, restricting traffic, and posters are pasted all over the capital, telling people that cycling will be faster than public transport.

With that in mind, Barclays, sponsor of Boris Bikes and Barclays Cycle Superhighways, took time off from fixing bank rates to help London's fair weather cyclists fix their bikes.

Four free bike clinics took place yesterday along Cycle Superhighways, to coincide with research that showed that three in five cyclists are riding bikes that could be in better working condition. 28 per cent say they ride with flat tyres, over a fifth 21% take to the road at night without lights and one in seven get on bikes with un-checked brakes.

Manned by graduates of the Barclays sponsored ‘Cycle Into Work’ scheme, which skills disadvantaged Londoners into working within the city’s growing cycling industry, thorough bike checks were made during the morning and evening rush hours along three of the Barclays Cycle Superhighways in Tower Hamlets, Kensington & Chelsea, Lambeth plus an additional clinic in Hammersmith & Fulham.

Ashok Vaswani from Barclays said: “Cycling is a great, cost-effective way of getting around London quickly, especially this summer. We want the millions of cyclists who take to the capital’s streets to ensure they are on a well-maintained bike."