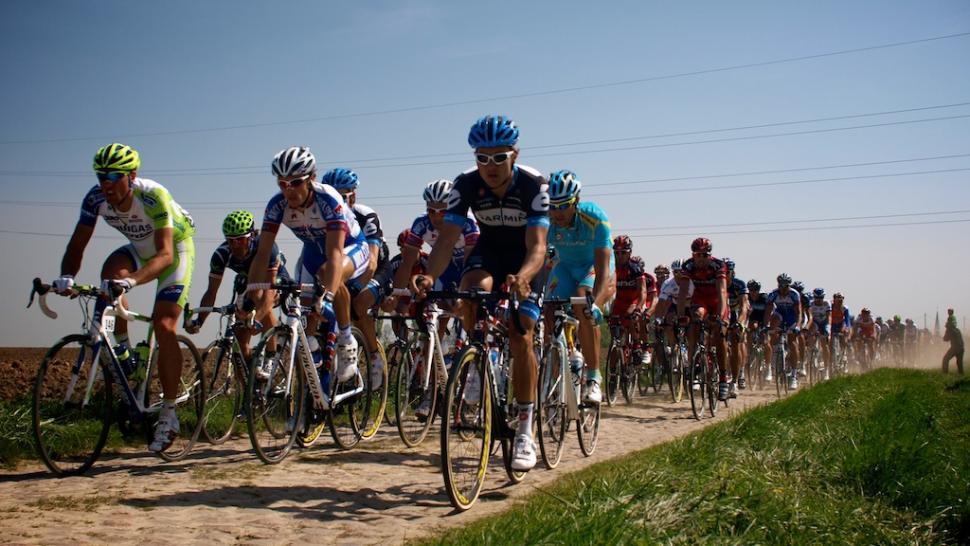 Presence of Gazzetta dello Sport and L'Equipe a sign of battle lines being drawn between race organisers and UCI?...
by Simon_MacMichael

Five major European newspapers – The Times, Belgium’s Het Nieuwsblad and Le Soir, French title L’Equipe and Italy’s La Gazzetta dello Sport – have today joined launched a ‘Manifesto for credible cycling’ in the wake of the Lance Armstrong scandal and ahead of the conclusion of the Padova enquiry in Italy and next year’s Operacion Puerto trial in Spain.

It’s striking that the two specialist sports papers involved are owned by businesses that between them run some of the biggest races in cycling – in L’Equipe’s case, the Tour de France itself plus other events including Liege Bastogne Liege, Paris-Roubaix and Paris-Nice and a large minority stake in the Vuelta, while the Gazzetta dello Sport belongs to the same group that organises the Giro d’Italia, Milan-San Remo and Giro di Lombardia, among others.

With the Gazzetta and L’Equipe effectively acting as the official voice of the Giro and Tour respectively, it’s not too much of a stretch to view the initiative launched today as partly reflecting the drawing up of battle lines between major race organisers on the one hand – in France, ASO, in Italy, RCS Sport – and the UCI on the other, with how best to combat the scourge of doping and secure the future of the sport the issue being fought over.

Given that reference to Operacion Puerto, the absence of a Spanish title among those lending their backing to the initiative is noteworthy, and comes after riders including Alberto Contador and Samuel Sanchez attracted criticism in recent days for their public backing of Armstrong, banned for life and stripped of results including his seven Tour de France victories.

There’s a clear sense of urgency about the manifesto, with the newspapers involved calling for it to be implemented ahead of the 2013 season.

However, with less than three months to go until the WorldTour season gets under way with the Tour Down Under and the UCI itself having said yesterday that it will appoint an independent commission to address issues arising out of the Armstrong affair, it’s hard to see the governing body responding to the newspapers’ manifesto.

The English version of what is in effect an open letter to the sport, and the eight point manifesto that accompanies it, were published in The Times this morning – similar articles appeared in the other titles in their own languages – and reads:

Today, renowned newspapers from around Europe are joining forces to call for immediate reform and a new future for professional cycling.

We are alarmed and deeply concerned by the grave situation facing this sport — and potentially all sports — in the aftermath of the Lance Armstrong affair, which has demonstrated the seductive and pervasive power of illegal performance-enhancing drugs. There is much to learn for all sports from the Armstrong experience.

The confessions by many of Armstrong’s former team-mates, the shocking US Anti-Doping Agency (Usada) report that revealed how deeply dysfunctional cycling had become, and the impotence and complicity of the International Cycling Union (UCI) are soon to be followed by the Padua investigation in Italy and, in January, the Operation Puerto trial in Spain.

These continuing revelations demonstrate to us that we can clearly no longer have confidence in the leadership or the effectiveness of the UCI or in the behaviours of team managers, many of whom are implicated in cheating, now and in the recent past.

The media shares some responsibility for this malaise. Some have battled the evils of doping, but others have not done enough. It is clear that in future we will need to be more vigilant, to ask tougher questions. But the principal responsibility lies with all those within the sport of cycling — governing bodies, sponsors, team managers, race promoters and athletes. That said, we do have the impression that things have got better recently. There is a new generation of riders and teams with a different, more open philosophy, who believe that change is possible.

So for their sakes and for the sakes of those who love cycling and who want to believe in it, we believe it is impossible to continue with the same structure, the same rules and the same leaders.

So today we ask for the following:

• The creation of an independent and neutral commission, under the responsibility of the World Anti-Doping Agency (Wada), to investigate the role of the UCI in the Armstrong affair and to report on any mistakes, abuses of power or complicity by the governing body.

• Drug testing structures on all professional cycling events should, from now on, be instigated by Wada and administered by the national anti-doping agencies.

• Penalties for doping offences should become more severe; professional teams should not employ riders suspended for more than six months for a supplementary period of two years.

• The universal acceptance among all teams that a rider implicated by a formal doping investigation is automatically withdrawn from competition, pending the outcome of that investigation.

• The reform of the World Tour of leading races, of its systems of points and the awarding of team licences, which encourages a closed shop, lacking in transparency and accountability; we propose that team licences are awarded to sponsors and not to team managers.

• The publication by the UCI of an annual report clarifying, in a transparent manner, all its activities and progress achieved each season.

• The undertaking that all of the above will be in place before the start of the 2013 season in order to establish a new and more credible structure and new governance and regulations.