Do-it-all road bikes added to range for 2014, plus a SRAM Red 22 equipped CX bike and a new women's bike
by Mat Brett

Whyte are introducing a range of disc-braked aluminium road bikes in their 2014 lineup, intended as do-it-all workhorses. The three bikes cover prices from £799 to £1,199 and should be available within weeks.

Whyte expect the new bikes to be used largely for commuting and that’s a big part of the reason for going with disc brakes. Discs will provide plenty of power and modulation which are always going to be welcome features, and they’ll also carry on performing when you ride in wet weather – and you’re bound to get caught in the rain occasionally when riding to and from work. Plus, disc brakes won’t be affected if you hit a pothole and buckle a wheel, whereas that’s more of a problem with rim brakes.

All three bikes are built around the same 6061 hydro-formed T6 aluminium frame. The custom-drawn and multi-butted tubing is similar to that which Whyte use for their cyclocross bikes, so it’s designed for durability. The head tube is tapered (with a 1 1/8in bearing up top, 1 1/2in at the bottom) to stiffen up the front end.

The rear disc is mounted inboard on the chainstay so there’s plenty of space to fit a rack. You get eyelets and clearance for mudguards too; Whyte are producing their own ‘guards specifically for these bikes, priced at £29.99. The bikes come fitted with Maxxis Detonator 28mm tyres with puncture protection, but you could easily get larger cyclocross style tyres in there.

The wheels are built to be sturdy, Whyte figuring that reliability is crucial when you’re heading in to the office and can’t be late. All three bikes get Alex Black Dragon 24 semi-deep section rims that come with eyelets for extra strength. Those decals on there are reflective, which is a thoughtful little feature.

The wheels are held in place by locking skewers. You need the right five-sided tool to remove them, adding a degree of theft prevention which is useful if you lock your bike somewhere public. The cables run internally to neaten things up. Whyte run full-length outer cables through the tubes so swapping an inner cable should be straightforward. All the entry and exit points are pretty neat with little rubberized grommets providing good seals.

The handlebars are compact across the board (so the drop isn’t too extreme) and Whyte use anti-slip tape, which makes a lot of sense on a bike that’s likely to be used in all weathers.

Right, that’s enough of the general stuff, let’s look at the bikes individually… 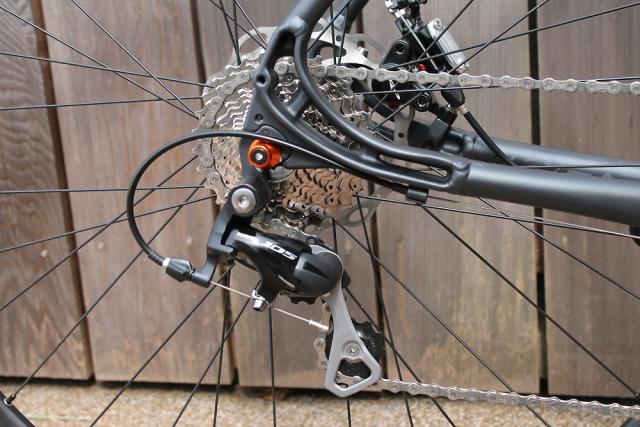 The top-level Suffolk (£1,199, above) comes with a straight-bladed carbon fork (with eyelets, of course) and Shimano 105 levers and rear mech. 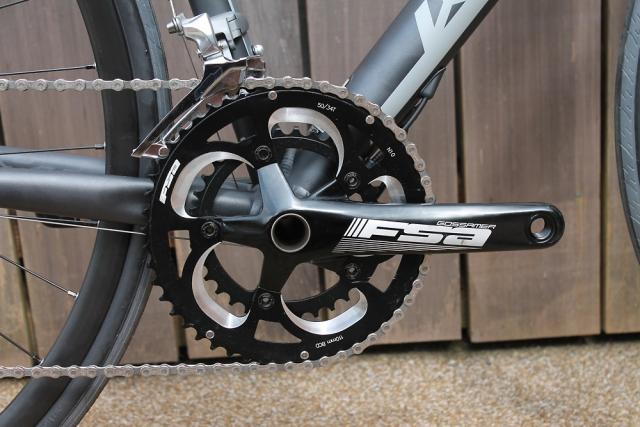 There are a few next-level-down Tiagra parts too – front mech, cassette and chain – while the chainset is an FSA Gossamer. Like the chainsets used on the other two bikes in the range, it’s a compact (50/34-tooth chainrings). 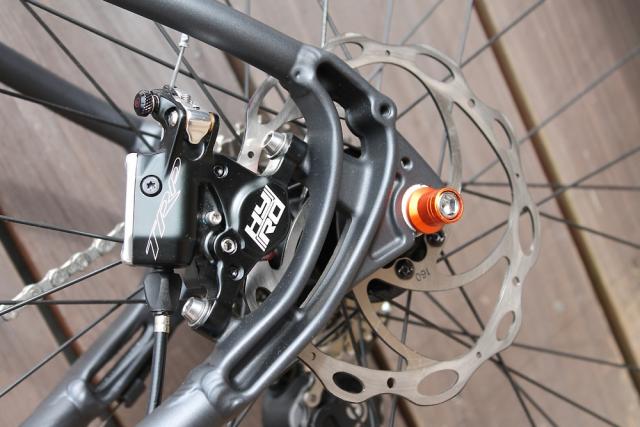 The brakes are TRP’s Hy/Rd mechanical interface hydraulic discs. We reviewed these recently and reckon they offer an excellent performance, especially considering the price. Go to our review for the full story on those. 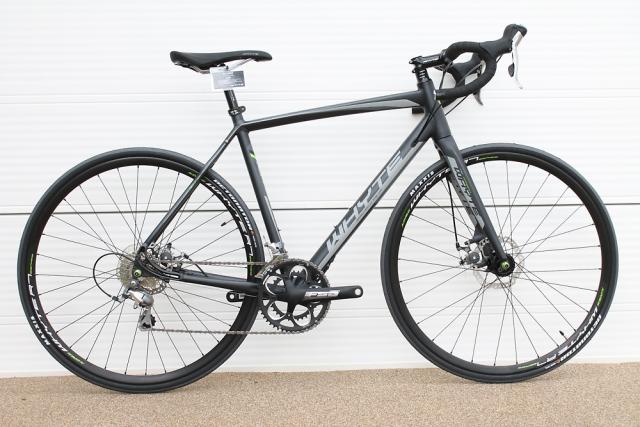 The middle bike in the range is the £999 Dorset that gets the same straight-bladed carbon fork as the Suffolk. As far as the groupset goes, this one is Shimano Tiagra with an FSA Omega chainset. 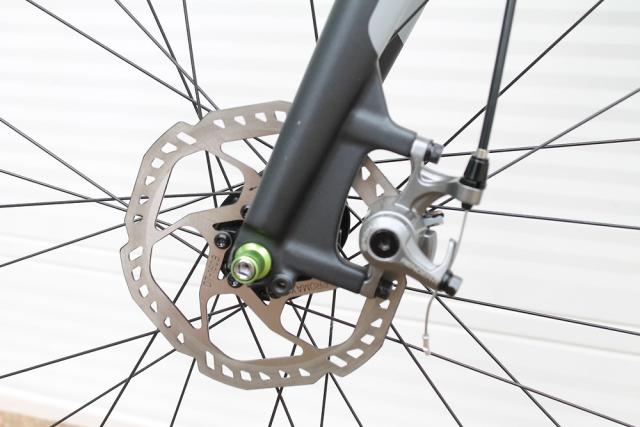 The brakes are Pro Max CX mechanicals with linear outer cables (something that not all that many brands spec) with Kevlar reinforcement. They work on 160mm rotors.

The most affordable of Whyte’s disc-braked road bikes is the £799 Sussex. Rather than a carbon fork, the Sussex gets an alloy one, again with eyelets and a tapered steerer.

This time the groupset is Shimano Sora 9-speed with an FSA Vero chainset. The brakes are Pro Max CX mechanical, the same as on the Dorset.

Distributor ATB Sales say they’ll have these bikes within the next three weeks and that they’ll be in the shops soon after that. 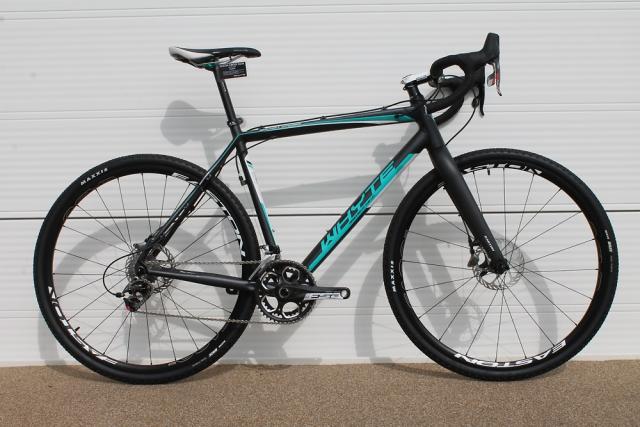 Whyte have tweaked the cross bikes in their range, making them a bit steeper than before. 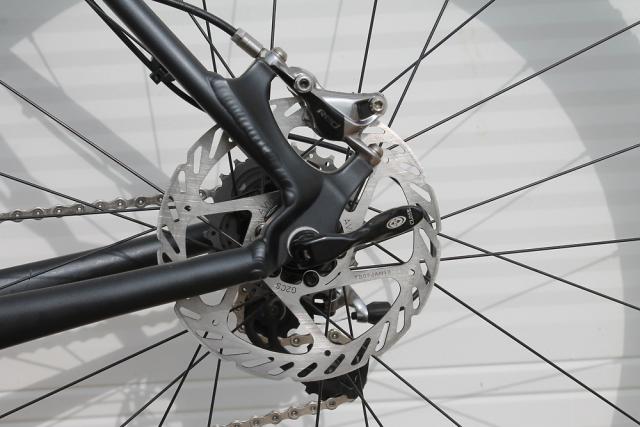 The race-ready Saxon Cross Team (£2,499) has an Easton EC-90 full-carbon fork plugged into the alloy frame and it’s one of the first bikes we’ve seen using SRAM’s new Red 22 hydraulic brakes. The mechs are SRAM Force and the wheels are Easton EA90XD. 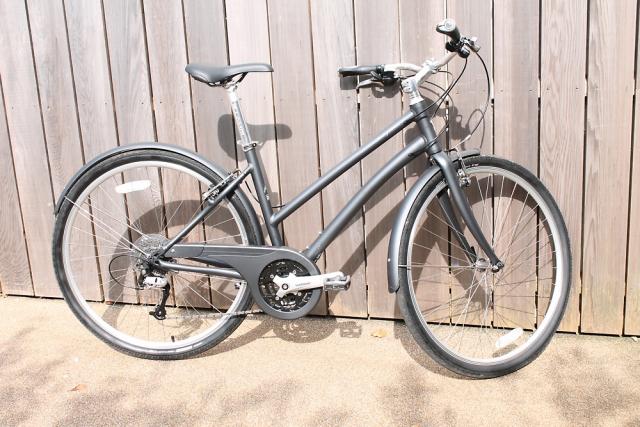 A bit of a departure this one… Whyte are launching a new women’s bike called the Strawberry Hill at £599. The frame is aluminium – 6061 hydroformed, T6, custom drawn and multi-butted – and so is the fork, including the steerer, helping to keep the weight down. We didn’t have the scales handy but it felt pretty light to us. There are a few cool features here. It has 27 gears, for a start, comes with internal cabling, and large Ergon grips should keep things comfy. The saddle is a decent option from Selle Royal too – a Milo with mag rails, not too much weight, and the ability to clip a light or small bag into the back of it. 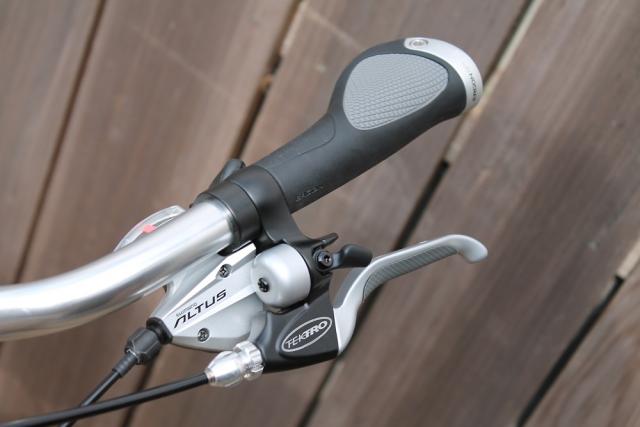 The TRP brake levers come with a small, integrated bell, and they’re linked up to linear-pull brakes. The mudguards come as standard.

The 2014 range isn’t on the Whyte website yet but keep your eye on www.whytebikes.com for more info.