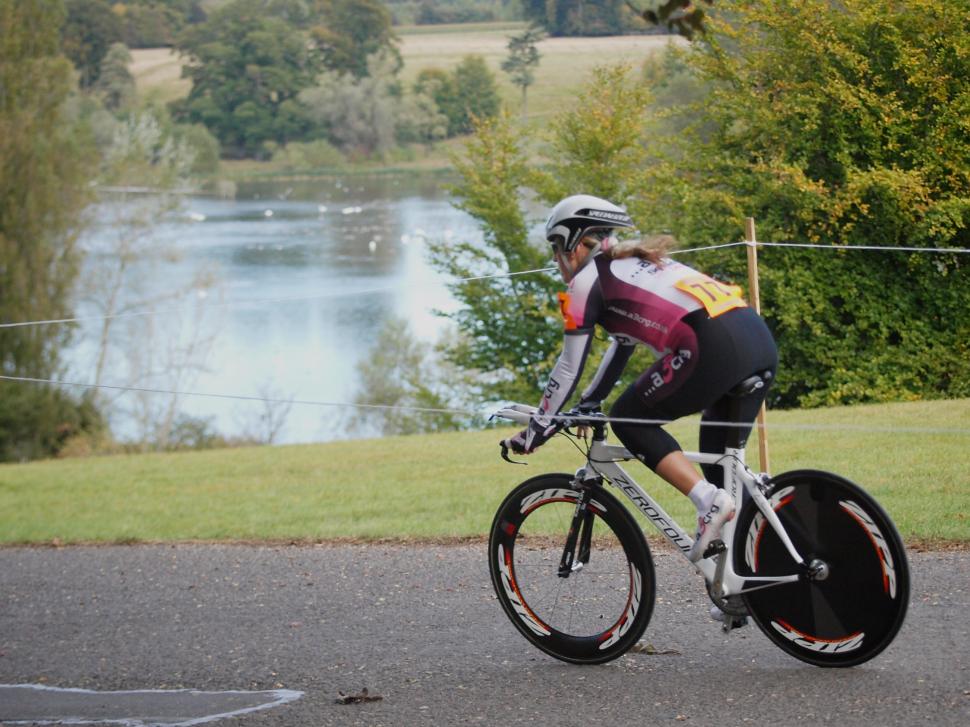 Sportive, time trial and Brompton World Champs pull in the crowds with something for everyone
by Simon_MacMichael

Crowds flocked to the Oxfordshire town of Woodstock yesterday for the second annual Bike Blenheim Palace event, with a whole host of events attracting everyone from families with children to experienced former pros such as triple Vuelta winner, Roberto Heras.

Organisers of the event at the Palace, which is home to the Duke and Duchess of Marlborough and the birthplace of Sir Winston Churchill, added a new sportive ride this year, which got proceedings going at 8am with riders heading off into the Cotswolds on 60- or 100-mile routes.

That was followed by a time trial comprising three laps of a 6.5-kilometre circuit within the grounds of the Palace, with Michael Hutchinson and Julia Shaw successfully defending their titles in the men’s and women’s events respectively.

Both also took part in the Brompton World Championships, which attracted a field of 600 riders to compete around two laps of the same circuit. While Shaw added the Brompton title to her time trial win, Hutchinson had to be content with second place, narrowly missing out to Heras, last year’s runner-up.

Thanks to Brompton, who lent us a bicycle for the occasion, Road.cc got to ride the race, too – look out for a full report and photos on the site soon.

Other events included cyclo-cross, a trials bike demonstration and a display of vintage bicycles with everything from an 1885 penny-farthing to a rather more recent Raleigh Grifter. Bicycle polo was also on offer, including Oxford versus Cambridge – nothing to do with the universities this time, but always a source of rivalry nonetheless, with Cambridge taking the honours.

In the afternoon, the course was opened to the public, for the one day of the year that the World Heritage Site’s roads are open to bicycle traffic, and hundreds of cyclists of all ages, shapes and sizes eagerly seized the opportunity to ride around the Palace’s 2,100 acres of parkland.

Hannah Payne, Marketing Manager at Blenheim Palace, said "we are delighted over 7,000 people turned up for Bike Blenheim Palace this year to enjoy the annual festival of cycling. All credit to the brilliant teams involved in the smooth running and organisation of the of the races and the event as a whole. There was a fantastic atmosphere in the event village with a mixture of people from professional riders and cycling enthusiasts to families who came to cycle in the beautiful park and enjoy the have-a-go cycling activities within the event."

She added that it is hoped to develop Bike Blenheim Palace into a two-day event next year, and of course Road.cc will flag up details as soon as they become available. In the meantime, look out for more photos of this year's event here very soon.