Tech roundup is back and it's positively packed with interesting products and kit. Feast your eyes on this little lot...

Are you addicted to Strava? If the answer to that question is 'yes', then you might be interesting in the new product from 4iiii. The Cliiiimb is an accessory that attaches to a pair of cycling shades and uses ANT+ and Bluetooth to provide real-time audio and visual feedback on a selected segment, so you can tell instantly how you're doing in a segment you're targeting.

You download the app to your phone, and the device can use its GPS location data to give you instant feedback, which it does with either an LED bar that sits just to the side of your eye, or audio feedback via an earpiece. It's like having a coach shouting in your ear, telling you to push harder on the pedals.

Sounds ideal if you just can’t handle the suspense of waiting until you get home to upload your activity to Strava - Instant gratification, or disappointment. It goes on sale on the 25 November, but no word on UK availability. It’s priced at $199, which includes the device, a heart rate strap and everything you need to get started.

Go check it out at http://4iiii.com/products-cliiiimb/ 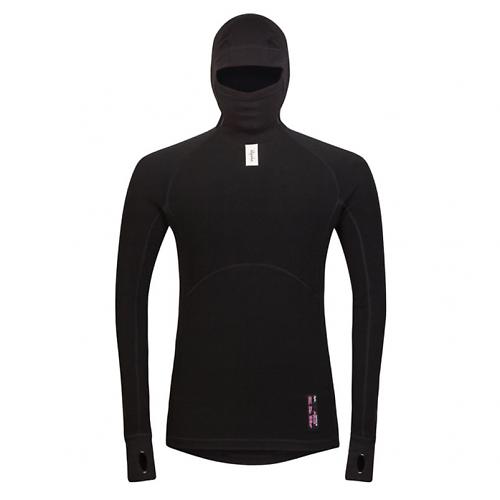 When it’s Baltic outside, you want a chunky insulating base layer like Rapha’s new appropriately named Deep Winter base layer. It is constructed from two weights of merino wool: a 340gsm (gram per square metre )material in the hood, chest and arms, with a lighter grade 240gsm in the lower front body and back panels. The idea is to place more insulation where you need it, and less where you don’t to help regulate your temperature.

And yes, we mentioned a hood up there. This is one of the few cycling-specific base layers we’ve come across with what Rapha call a “frogman-style” hood. That means it’s very much like a balaclava. When you need to keep as much skin wrapped up as you can, this is an interesting way of doing it. The sleeves are long with holes for your thumbs. It costs £120. More at www.rapha.cc/deep-winter-base-layer/ Hailing from “deepest Russia” (their own words) Nanoprotech is the latest lube that is designed to tackle the harshest conditions a bicycle can be subjected to, so it should handle whatever Blighty can throw at a bike in the winter.

It’s billed as a water dispersing ‘protect and lubricate’ spray to protect metal, moving parts and mechanisms. It also claims to leave a long-lasting protective film where it’s sprayed, and is said to keep moving parts from freezing in -45°C temperatures. Spray it over the drivetrain after you’ve washed your bike and it should not only clear water, but leave a protective film as well. The idea is to prevent expensive parts wearing out prematurely in bad weather.

What is it exactly? Nanoprotech is composed of highly refined mineral oil, dielectric and anticorrosion additives, antioxidants, dearomatized paraffin and naphthene hydrocarbons, which are said to provide high adhesion and low friction properties. It’s free of rubber, silicon, acryl, tetrafluoroethylene and benzol. It's the sort of stuff the Russians used to keep tanks rolling during the Cold War, by the sound of it. 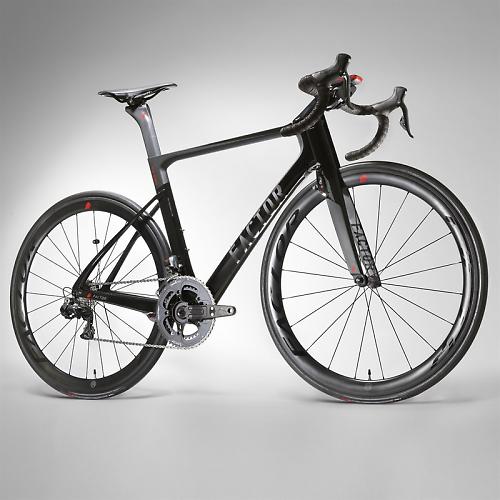 Factor Bikes, makers of the striking Vis Vires superbike, have just opened the virtual doors to their new online shop. This is the only place you can buy one of these unique bikes, and the first 100 customers will be able to get their mitts on an exclusive Limited Edition First 100 bike. This is the first production run of the bike and each will be identifiable with a special top tube moniker and official number.

“The opening of our online shop marks a huge moment for our brand. A lot of hard work has been put into creating the worlds most advanced road bike and we are extremely happy it is now available for a lucky few to own a special piece of cycling history.” says Managing Director of Factor Bikes, John Bailey. 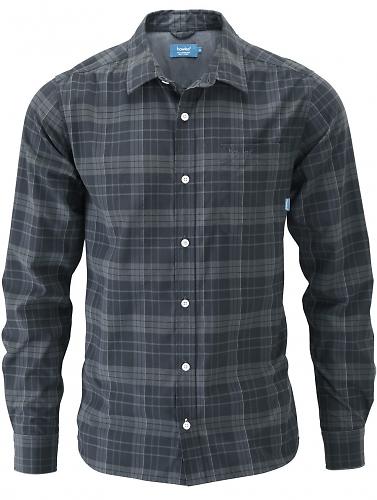 Visibility becomes a key concern for most cyclists in the winter months, and howies have come up with the novel idea of adding 3M Scotchlite reflective material to its latest Beemer shirt. It’s billed as a shirt you can cycle to work in, with the tiny strips of reflective material helping you to stand out on the road, with a cut and shape that works as well on the bike as it does sat at the office desk. 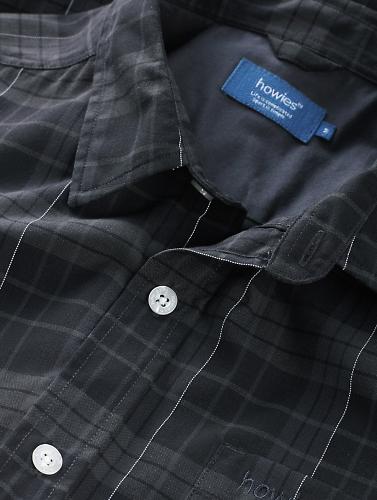 We just can’t help thinking they’ve launched it a couple of months too late; you’ll have to be a hardy type to venture out without a jacket in this current cold weather. Still, if that is you, and you want a stylish shirt for riding to the office, then go check it out at www.howies.co.uk/mens/clothing/shirts/beemer-shale.html. It costs £69

Supacaz accessories arrive in the UK 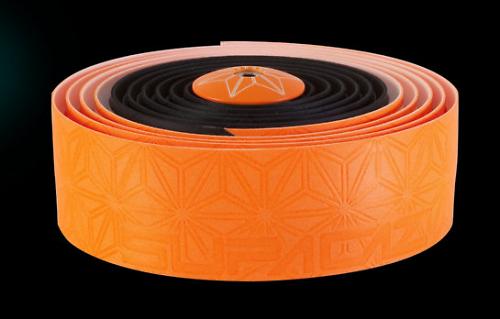 Distribution company Silverfish UK have just picked up Californian accessory brand Supacaz. Offering stuff like bar tape, grips, bottles, bar plugs and hats, the brand goes in big for bright and bold colours that are sure to make your bike stand out from the crowd.

The bar tape is made from their Super Stick Kush material that is claimed to eliminate slippage and has silicone gel incorporated to provide some comfort. As well as dizzying range of colours, they also do some with two or three colours in one roll, so you really can jazz up your handlebars. Finding a saddle to match could be tricky though. Check out www.supacaz.com for their full range, now available from all www.silverfish-uk.com dealers. 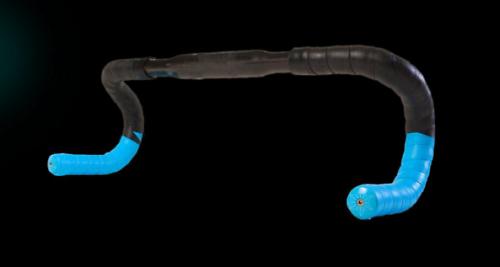 Supacuz have also produced a video on how to apply their bar tape, it's got some good  tips but it's probably fair to say it's an opinion divider on both technique and taste. No doubt Supacuz are hard at work producing something similar for the female cycling market starring some young fella in overly tight shorts. We'll let you know when it's out.

In the meantime in the interests of completeness here's a more in-depth look at how to wrap your bars like a pro from Dan Lloyd  - taping what appear to be the same Pro bar (well, not exactly the same, but you know what we mean). Cleaning company Muc-Off is slowly expanding its range of products, and the latest is the new Ice Fresh Sports Towel. Before you ask, it’s not designed for towelling down your bike after a wash. Instead, it’s part of the company’s growing range of products aimed at cleaning you, which already includes the Dry Shower.

If you’re a regular commuter than a small packable towel for cleaning up at the office is essential, and this is what this Sports Towel is designed for. It’s made from a material that reacts with moisture to provide a cooling effect, and it absorbs water and sweat at a “molecular level” to quickly take care of sweat. Sounds pretty hi-tech for a towel. It costs £10 and is available now.  http://muc-off.com/rider-care/184-cooling-sports-towel.html?ref_cat=36 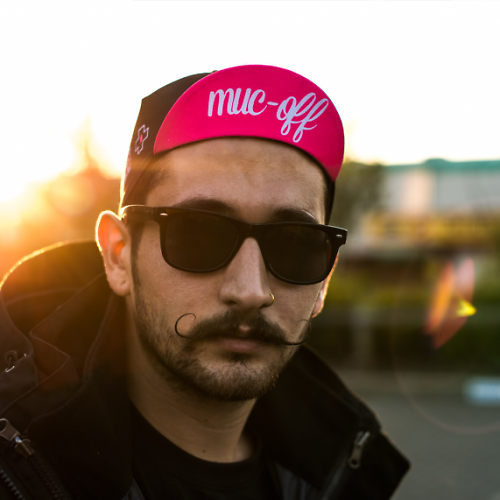 Muc-Off also now do a line of cycling hats, with two designs that look rather neat. They cost £14 each. http://muc-off.com/apparel/224-classic-cycling-cap.html?ref_cat=44

Andy Pruitt will be the keynote speaker at the International Cyclefit Symposium (ICS) which runs over two days next February, running alongside The London Bike Show.

Andy Pruitt is based at the Boulder Center for Sports Medicine – he founded it – and he has worked closely with Specialized in the past, for instance, to develop products for their Body Geometry range. 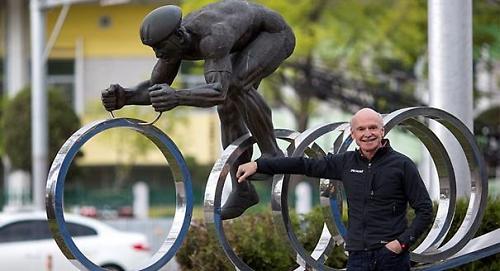 According to the organisers, “Andy Pruitt is the undisputed godfather of professional fitting and has contributed to almost every technology and technique improvement over the last few decades.”

Andy will host two symposia. One general interest and the other highly technical and practical. Andy will also play a key part in the general panel debate during the event. Other speakers will be confirmed over the coming weeks.

Next year’s ICS will also feature workshops offering practical and interactive sessions and demonstrations for the first time.

It’s one of the greatest mash-ups in the history of the universe – Raleigh and the Beano – and we’ll take any excuse to publish a picture of this bike again. The special edition Beano Chopper is British childhood on two (differently sized) wheels – well, for people of a certain age it is. Why have Raleigh decided to do this now? Quite frankly, why haven’t they before? But the real answer is that the bike is being released to mark the 75th anniversary of the Beano (1938, to save you doing the maths). The bike is covered front-to-back in classic Beano imagery and features black and red grips, seat and back pads because… well, you know, don’t you? The characters that cover it include Minnie the Minx, Billy Whizz, Calamity James and, of course, Dennis the Menace and Gnasher. "The opportunity arose to do something to mark the Beano's 75th anniversary and it seemed absolutely fitting to celebrate the anniversary of one British cultural icon with a special version of another,” said Jayne Bakes, Raleigh product manager. "We think the bike is going to be a big hit with today's Beano fans, the latest generation to fall in love with the comic's gleefully mischievous humour and fantastic characters, and it's sure to spark strong feelings of nostalgia in mums and dads too."

Let’s be honest, it’s the dads who are going to want it most.

The bike is available from 19 November at a limited number of Raleigh stockists for £300.