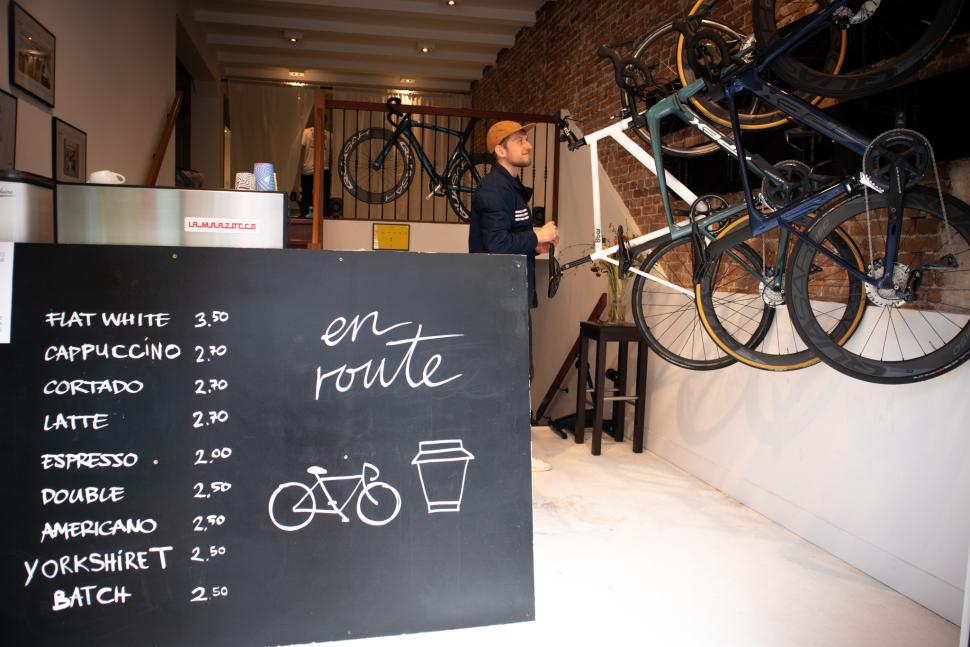 Every café in Amsterdam is a cycling café – many, if not most, of the customers will arrive by bike, after all. But it’s only now that the city’s first ever 'cycling café' in the sense we in the UK would know it has opened.

Confused? Well, unlike English, the Dutch language has specific words to distinguish someone who uses a bike to get to work or run errands, from a sports cyclist – respectively, fietser and wieler. And it’s the latter that newly-opened En Route is aimed at as it becomes the first such venue there.

The venture has been launched by a group of cyclists who came together through their passion for the sport, who acknowledge the risks of opening at a time when the coronavirus pandemic has had a huge impact on the city’s hospitality sector, but point towards growing interest in cycling for sport or exercise, particularly among younger people and women.

The idea first took root during a ride from Milan to Amsterdam for the charity Bike for Balls, started by one of the co-founders, French national Yann Quintin who had been diagnosed with testicular cancer at the age of 27. 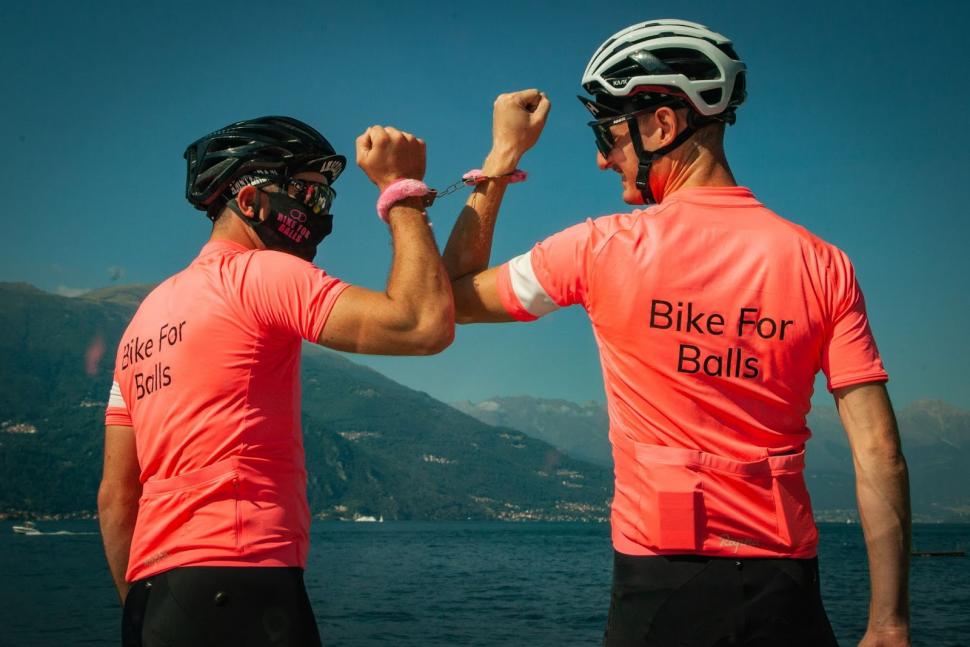 Joining him in the team behind En Route are his compatriot Clement Batut, Dan Shaw from the UK, and two Dutch nationals, Derek van Tilburg and Alan van Tuyl, who also happens to be the owner of the Apex Bikes brand.

The founders were inspired by the cycling cafés they visited on their bikepacking trips throughout Europe, realising that while there are dedicated cafés for sports cyclists in cities including The Hague and Maastricht, there was no such place in the capital.

Using their knowledge of the city and its cycling scene, analysing Strava data and speaking to people within the industry, they realised there was a gap in the market – the result being what aims to be an inclusive and accessible venue where local cyclists, no matter the level of their ability, can come together, plan their adventures, and create a road cycling community.

Besides the café, En Route is also a shop, selling bikes from Apex as well as the Berlin-based singlespeed brand 8Bar, as well as parts, clothing and accessories from the likes of Fizik, Kask, Assos, Oakley, and there is also a workshop which is open five days a week for repairs, maintenance and bike hire. 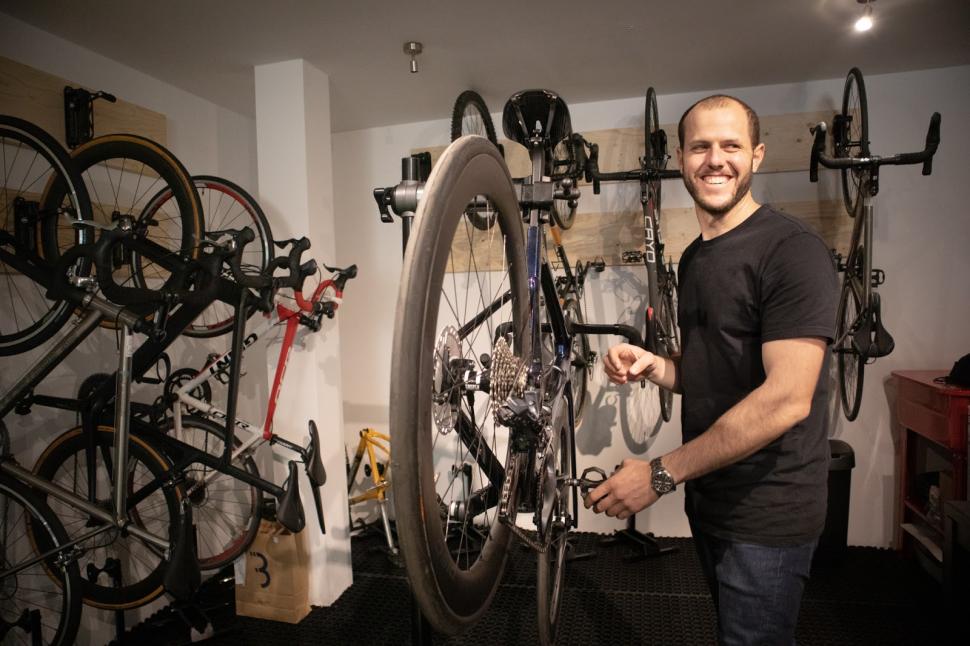 En Route’s first customer was former Netherlands goalkeeper Edwin van der Sar (below), proving that his former understudy at Manchester United, Ben Foster, doesn’t have the monopoly on combining shot-stopping with getting out on the road bike. 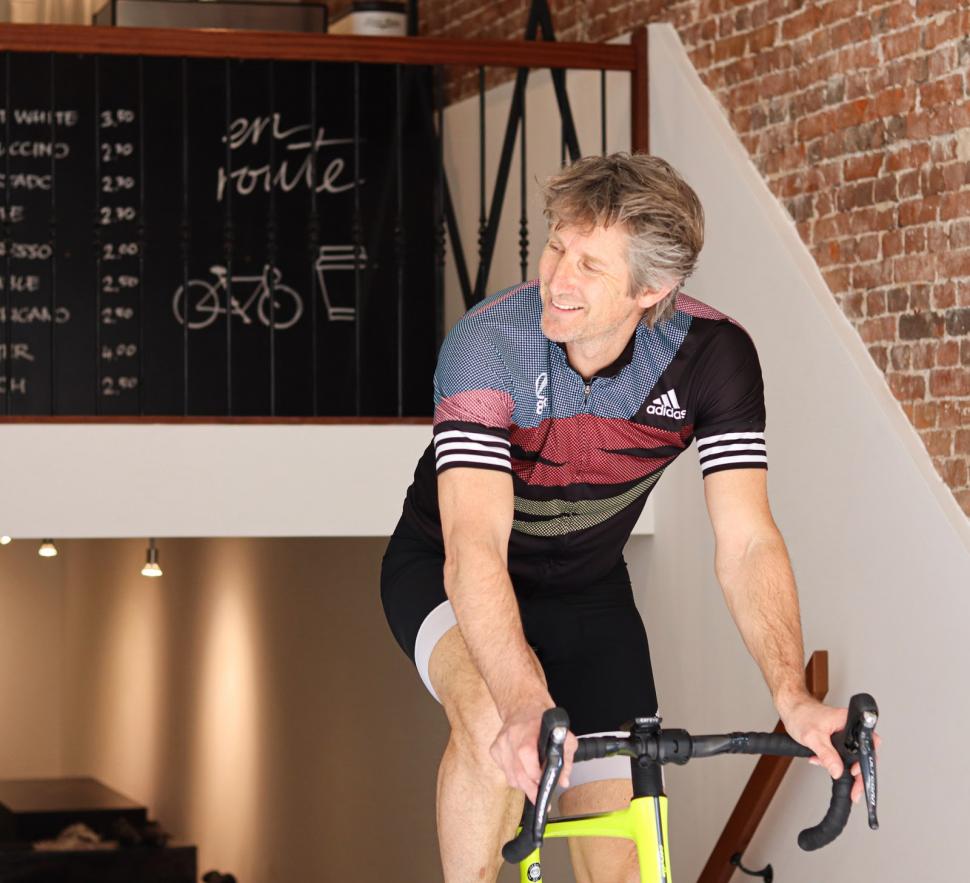 “When you cycle, you’re always hungry and looking out for the next cafe to recharge at,” explains Batut.

“Cycling cafes are a big part of cycling culture, and when we realized Amsterdam – cycling capital of the world – didn’t have one yet, we knew there was an opportunity to create a basecamp for cyclists in and around the city.”

One of the focuses of the venue, which once coronavirus restrictions are fully eased will have a capacity of 25 people will be female and novice riders, with plans for workshops, group rides – including women-only ones – as it aims to “give back to the community and build an inclusive crew of happy bikers, no matter the background, gender, or ability.” Shaw says: “Cycling in its very spirit is a team sport. The very core of En Route is the journey we all make together. Fuelling this feeling of togetherness is what will make En Route stand out.

“We embrace the notion that we all have our reasons to ride, and that is what keeps us together. And by being part of En Route, we hope to build genuine connections and spark a sense of adventure,” he added.

The café opened its doors a fortnight ago, and when road.cc asked how it was going, we were told: “En Route is being received with so much enthusiasm! We've been open for two weeks only and we've met so many cyclists from in and around Amsterdam (and abroad).

“The community is growing, and as you can also rent bikes at En Route, we see many newbies coming by to try out the sport – that was one of our goals, being accessible to everyone and growing the love for cycling.”

Open six days a week, En Route is located at Bilderdijkstraat 69 on the western edge of the city centre.