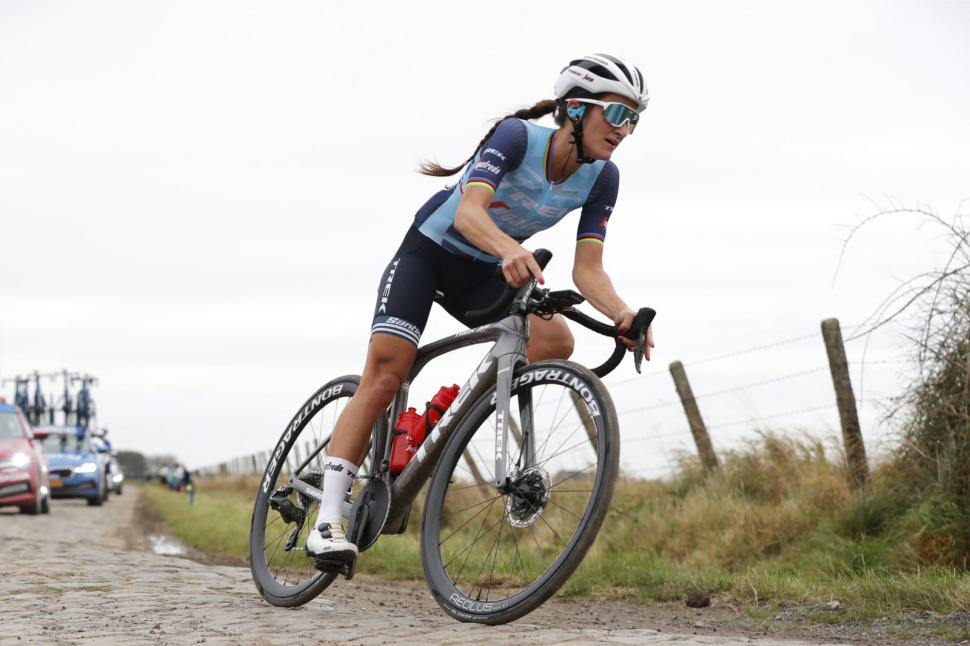 Prize fund for women at semi-classic will total €18,800 next year, leading to calls for other events on the UCI calendar to follow suit
by Simon_MacMichael

Nokere ​Koerse, the Belgian one-day semi-classic, has trebled the prize fund for next year’s women’s edition of the race to match that available to male riders.

The news was confirmed in a tweet this morning from the race organisers.

💥Equal prize money for men & women! From 2022 onwards, we triple the prize money of our women's race from 5.130 to 18.800 euros. This makes us the one-day race with the largest prize pool in women's cycling!

There have long been calls for women’s prize money at elite level to match that on offer to men – a recent example being Paris-Roubaix, where men’s winner Sonny Colbrelli took home €30,000, while Lizzie Deignan, winner of the inaugural women’s edition, won just €1,535 – although her Trek-Segafredo team made up the difference to match the Italian’s purse.

There have been one-day women’s races with more prize money in the past – with the RideLondon Classique, which next year will take place over three days instead of one, maintaining its existing €100,000 prize fund.

Meanwhile, there will be a total of €250,000 available at the debut edition of the Tour des France Feminins next year, which will make it the richest race in women’s cycling.

“However, women’s cycling is becoming more and more important. The gap with the men when it comes to prize money must therefore be closed.

“This brings us to a total amount of €20,300 per race. Danilith Nokere Koerse is the one-day race with the highest prize money in women's cycling. We also link this to our candidacy for the Women’s World Tour.”

Race director of the women’s race Gil Steyvers. said: “As a Women's ProSeries race we already pay a decent starting fee to the participating teams. It is a multiple of what teams get in lower categorised races and is also close to the starting fee for the men’s teams.

“Now we are stepping up our efforts to close the financial gap by rewarding the women equally for their performance.

“We hope the top teams and top cyclists appreciate our efforts and will also be at the start in Deinze on March 16th.

“Thus we want to strengthen our candidacy for the UCI Women's World Tour. We are convinced that our race can be an added value in terms of sport, appearance and therefore financially.

“We therefore hope that the UCI will approve our candidacy for 2023.”