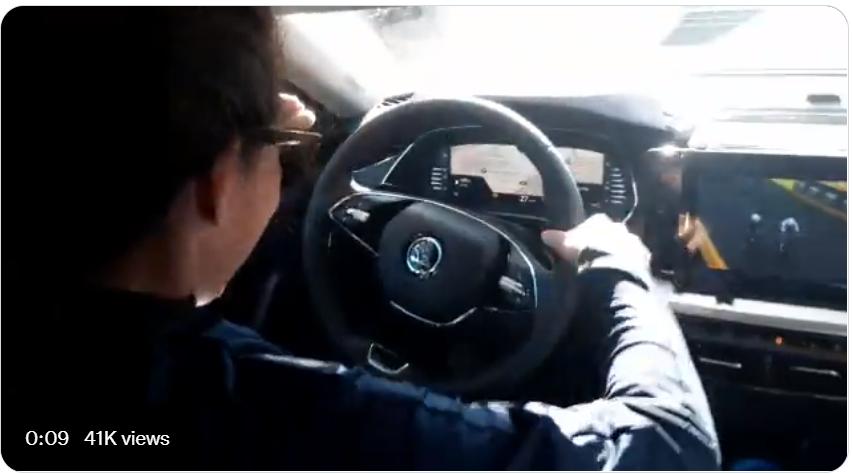 The team were celebrating the stunning victory of Zoe Bäckstedt in the women's junior road race at the World Championships...
by Will Bolton

British Cycling has been criticised for releasing a video showing a 'distracted' coach who was driving while celebrating Zoe Bäckstedt's victory at the World Championship.

Clearly thrilled by the win, former professional cyclist-turned coach Emma Trott can be seen at the wheel of the car watching the action on a screen, while celebrating enthusiastically and taking both hands off the wheel.

British Cycling shared the clip, which has now been viewed over 38,000 times, on its Twitter feed after the race, and people were quick to ask if the organisation thought it sent the right message.

Cycling Mikey, who regularly films his encounters with road users driving poorly or using their phone at the wheel, said: "Why are you endorsing such shitty driving?

"I spend far too much of my spare time catching bad drivers and reporting to the police, and now I see a cyclist/driver doing this, and I'm disgusted."

Another user Pompey Cyclist, added: "Yeah I don't get why everyone's alright about this.

"We rightly chastise drivers sitting still looking at their phones. This is... mad."

Others questioned whether it was a good idea to publish a video of a person driving while watching a race on a screen, while some questioned why teams don’t recruit someone to drive so that coaches can concentrate on the race.

Stuart Baillie said: "Operating a motor vehicle while watching a video stream on in car screen?

"Driving without being in full control of the vehicle, I understand she's happy, but this kind of outburst at the controls of a powerful vehicle is extremely dangerous.

"Cyclists want drivers to be careful."

A British Cycling spokesperson told road.cc: "The team car was travelling on closed roads as a race support vehicle.

"Emma was rightly delighted by a landmark win for a group of promising young women she coaches.

"Spur-of-the-moment celebrations like this are part and parcel in men’s and women’s sport and the whole team shared in the victory."

British Cycling also posted a number of YouTube links alongside the statement showing other teams in similar situations, a few of which can be viewed via the links below.