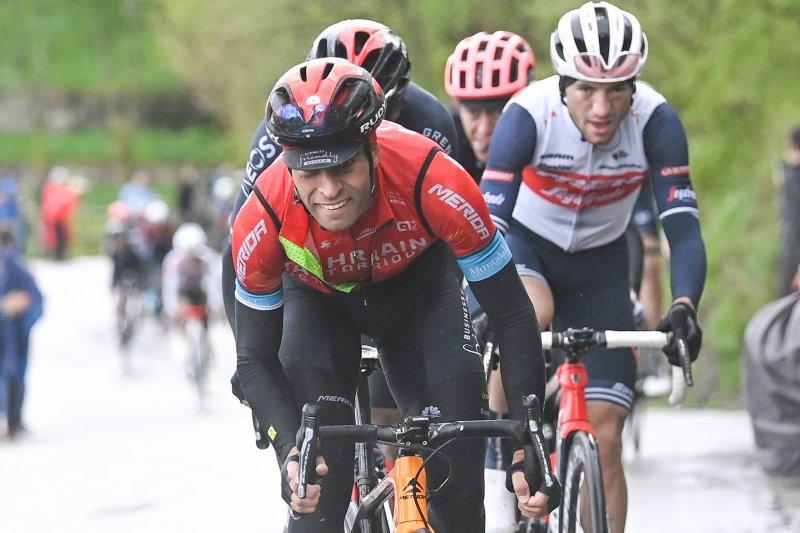 Mikel Landa’s Bahrain Victorious team have confirmed that the Basque rider sustained a broken collarbone and ribs in a crash 4 kilometres from the end of today’s Stage 5 of the Giro d’Italia in Cattolica.

In a statement, his team said: “Landa has been taken to Riccione Hospital, where he is receiving treatment for a broken collarbone and multiple ribs on his left side. Landa will spend the night in the hospital under observation and undergo further investigation.

“Landa remained conscious throughout and is in good spirits to get back on the bike as soon as possible.”

The 31 year old had been among the riders expected to challenge for the overall title at the three-week race, and gained time on some of his rivals on yesterday’s rainswept stage to Sestola as he became the first of the GC hopefuls to launch an attack in the closing kilometres.

That stage was won by the UAE Team Emirates rider Joe Dombrowski, leader of the mountains classification, who came down in the same crash as Landa today.

The American, who turns 30 today, completed the stage, but appeared to be suffering from an injury to his left arm as TV pictures showed him approaching the line, only his right hand gripping the handlebars.

Overhead camera footage showed that as the peloton split to go either side of a traffic island 50 metres or so ahead of a roundabout, Dombrowski followed a team-mate who took the left hand line, crashing into a marshal positioned there with a pennant to warn the riders of the hazard, with Landa among other riders brought down.

One of the Dombrowski's teammates decides last minute to switch lanes ahead of the furniture, Dombrowski follows him not knowing what's coming.

Ex-pro Bernie Eisel had said earlier on Eurosport that it seemed a particularly hazardous finish, and given the speed the peloton was travelling at ahead of the crash, no blame can be apportioned to the American, who would have had minimal time to react.

Although there was padding at the traffic island, the incident is likely to once again raise concerns over the safety of riders as well as race personnel, with helicopter footage showing the marshal also on the ground after the crash.

An earlier crash saw Ineos Grenadiers rider Pavel Sivakov hit the deck, and while he was able to ride to the finish line, his team has confirmed he will take no further part in the race.

1
Concerns over future of Sheldon Brown’s website as bike shop where he worked closes down
2
WiggleCRC to be taken over by German online giant
3
“The constant low-level bullying is starting to take its toll” – road.cc readers open up on the stress of riding on Britain’s roads, with one giving it up for good
4
Rapha launches lightweight titanium accessories for bikepacking with Snow Peak
5
Pothole reportedly caused crash in which e-bike rider died
6
Kickstarter campaign cancelled for kit available only to those who ride fast enough
7
Supersapiens comment on UCI ban of blood glucose monitoring devices from in-competition use
8
Three chances to win with Hunt! Wheels, a ride in Tour of Britain team car and tubeless kit must be won