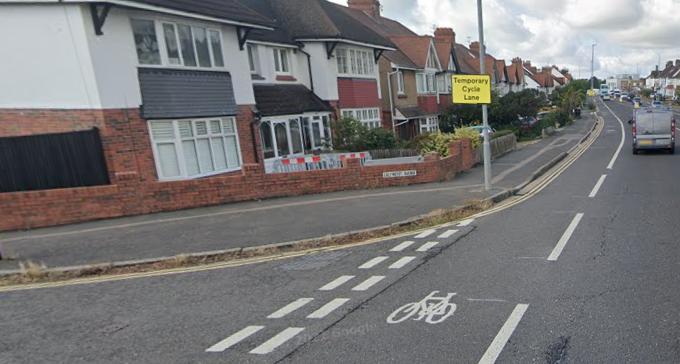 Brighton and Hove City Council has been docked 25 per cent of its Capability Fund finance due to the removal of a temporary cycle lane on Old Shoreham Road. Councillors voted to remove the cycle lane and said it required better planning to make it less "contentious" with other road users.

But it seems the decision has landed the city in hot water with the Department for Transport who requested more information on why the scheme had been scrapped.

It then emerged 25 per cent less than originally planned would be given to Brighton and Hove City Council as part of the Capability Fund.

The Fund is designed to support local transport authorities outside London by financing support staffing, resources and training to encourage active travel initiatives.

In a letter from the government it was made clear that future funding would be subject to proof of delivery, and advised the council to "realise their full potential" on active travel.

Councillor Amy Heley told the Argus: "We are of course pleased that the government continues to provide funding for our active travel projects, in recognition of the dedicated efforts we’re making with council officials to improve accessible walking and cycling options in our city.

"However, it’s disappointing to see confirmation of our concerns that the committee decision to remove the Old Shoreham Road cycle lane will detrimentally affect council finances.

"The Department for Transport was committed to awarding Brighton & Hove funding as part of the Capability Fund, but has now cut the amount they will offer in response to the Old Shoreham Road removal."