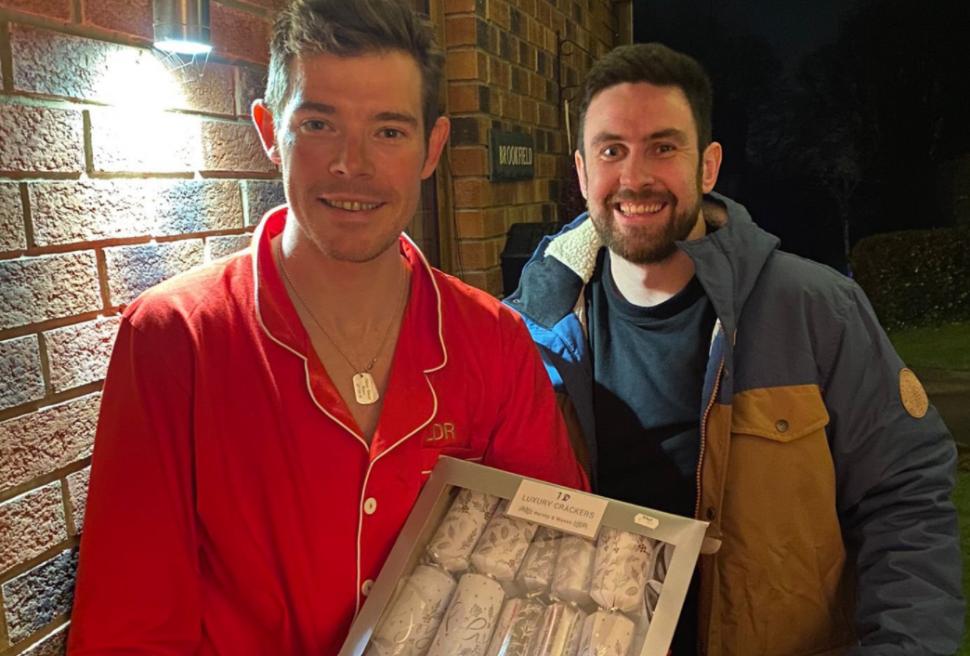 For all the negatives, social media can often be a force for good – how often have we seen pets who have decided to do a solo walkies, or stolen bikes reunited with their owners thanks to online posts? But Luke Rowe, road captain of one Ineos Grenadiers, getting his festive season rescued by offering a jersey to a lucky fan in exchange for some Christmas crackers? Well, that’s a new one.

Rowe took to Twitter on Christmas Eve to ask if anyone in Cardiff had 20 Christmas crackers going spare, with the number later revised to 11 (I mean we’ve all overestimated stuff in a panic, haven’t we?) and promised to trade an Ineos Grenadiers jersey for them.

Said crackers duly arrived thanks to one of Rowe’s Twitter followers, and the jersey was handed over in exchange by the WorldTeam pro – resplendent in a set of red pyjamas with white piping.

Most of the time I hate social media, but tonight it saved Christmas 🤣🎄#crackers pic.twitter.com/8ItQ5xTluV

We’re glad that the Ineos Grenadiers rider clarified that he was only after 11 crackers instead of 20, however, because that would have given rise to a couple of questions – first, how big is his dining table, and more importantly, how bloody big was that turkey?

Whether any of the crackers contained the joke, “Knock, knock,” “Who’s there?” “Isabelle … ” is not known at present.