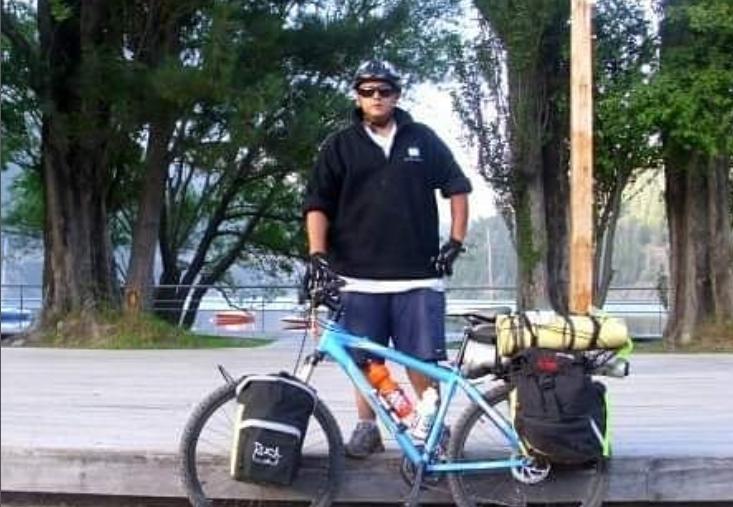 German Neculman was struck on the second day of his nine-year in the making 2,600km cross-Argentina epic
by Dan Alexander

A father of two on the cycling adventure of a lifetime died after being struck by lightning during a 1,615-mile ride across Argentina.

German Neculman dubbed the challenge the 'Path of the Condor' and had been planning the route for nine years.

The 36-year-old was struck by lightning on January 5, the second day of the trip near the town of Abra Pampa in Jujuy province in the north west of the country. He aimed to ride all the way to the tip of Patagonia in southern Argentina.

Neculman was walking along the road with two friends when he was hit at around 5.30pm. Reports suggest the amateur adventurer was already dead by the time medics arrived at the scene and subsequently took his body to a morgue at Nuestra Senora del Rosario hospital.

The former electrician was documenting his journey on Instagram and told his followers how it took nine years to prepare the route and kit required for the adventure.

News of Neculman's death was shared on his page with the message: "Rest in peace friend, you transcended towards something much greater, you are eternal. You will always accompany us."

Just the day before, Neculman had shared tales from the first day of the route. He complained the "lack of oxygen and heat" was "terrible", but that the group had been pushed on by a favourable wind.

Signing off the update, Neculman said: "This place is not a joke, it turns your whole body, but above all, the mind ... we are well and we continue..."

In 2016, a Croatian cyclist survived being struck by lightning because he was wearing headphones, according to the website of local news magazine, 24 Sata.

Zoran Jurkovic was hit, but according to doctors the charge went down his headphone cable and would have earthed through his penis, avoiding internal organ damage or his heart stopping.