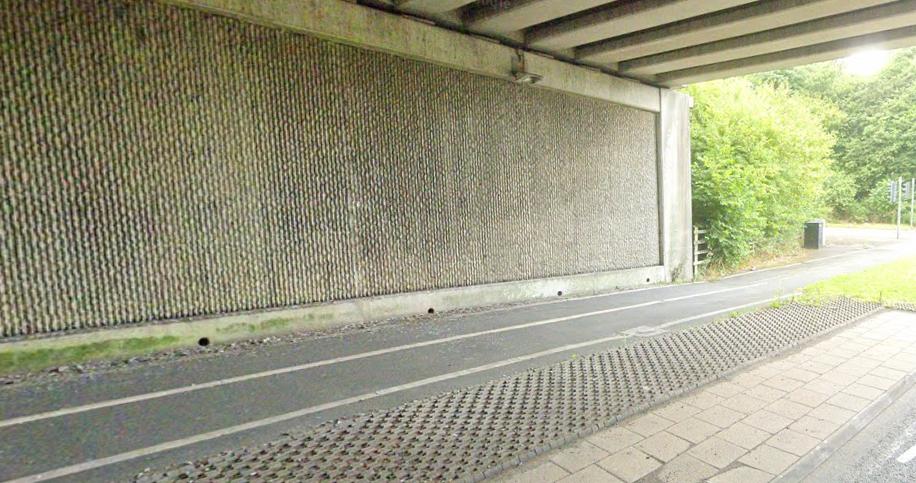 Despite there being a cycle lane, the council claims: "Theoretically, there should be no reason for a cyclist to enter this area"...
by Dan Alexander

If you happen to pass under the motorway bridge near Junction 4 of the M65 in Darwen, Lancashire, you might spot a somewhat unusual sight — a man stood with a six-foot sign, covered with pictures of bloodied cuts, shouting warnings to you through a megaphone.

David Sullivan, 65, has taken to public-spirited service to warn other cyclists of the danger of "sharp blocks" which run adjacent to the cycle lane and left the cyclist of 55 years with the injuries now plastered on his sign after a fall last month. 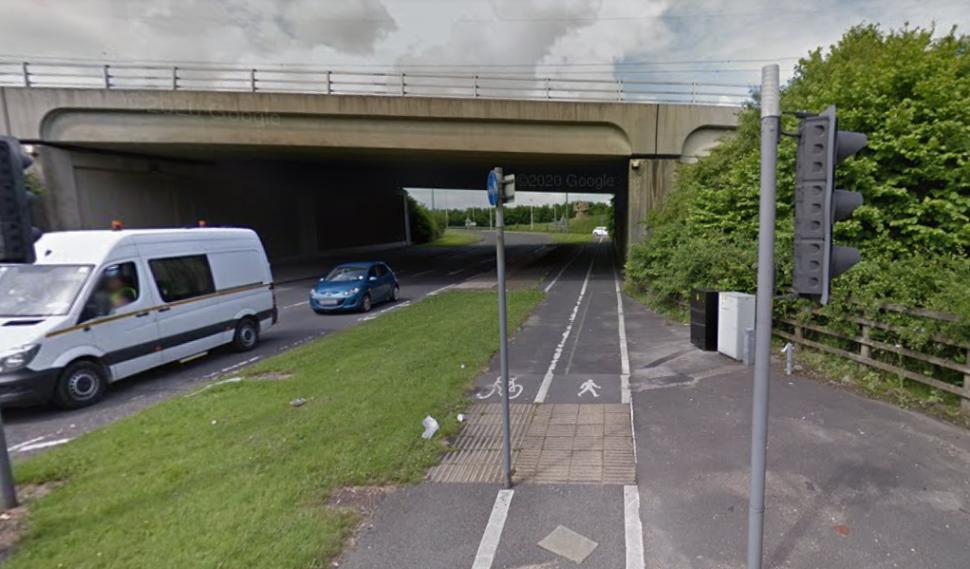 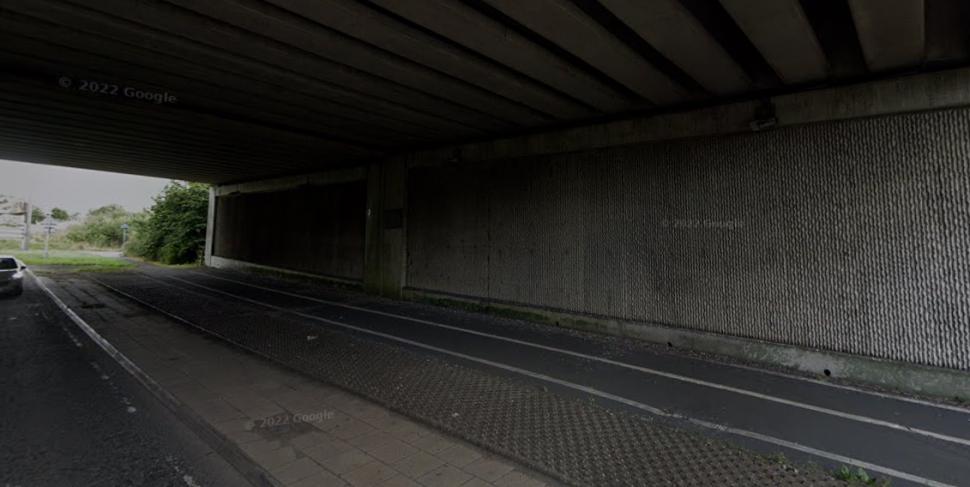 The sign can be seen in photographs taken by LancashireLive who visited the site, Mr Sullivan telling the local news website he is determined to get the council to remove them before someone is more seriously hurt.

"I've got my board to warn people and a megaphone that I'll use, to just say what I want. I need to warn people, there's a big school nearby and what if it was a child that this happened to?" he said.

The cyclist usually stands guard between 8am and 9am in the morning, and a couple more hours later in the evening.

"About two weeks ago, I fell off my bike. I'm not sure how or why, but I'm 65 and accidents happen," he continued.

"I was cycling down under the motorway bridge of Junction 4 off the M65 in Darwen. I was on the cycle lane at 10mph and I fell and hit these sharp blocks they have there to stop people from parking.

"I am lucky to have survived. I hit the left side of my body, but if I hit my head I wouldn't have a face anymore — I just can't help but think, why are they next to the cycle lane? The council are trying to encourage people to take up cycling and then this happens. They're also saying it's safe, but I don't see how it is."

A spokesperson from Blackburn with Darwen Council said he was "very sorry" to hear about the incident but, despite the cycle lane, "theoretically, there should be no reason for a cyclist to enter this area".

"This area was built when the motorway was constructed and the feature is adjacent to the cycleway. Theoretically, there should be no reason for a cyclist to enter this area," Martin Eden, a strategic director of the Environment and Operations department at the council suggested.

"The Highways Safety Inspector has visited the area in question and found the area to be free from defects. Prior to this incident, the council has never received any complaints or has it ever been raised as an area of concern. We are however very sorry to hear that the cyclist is injured and wish him a full recovery."