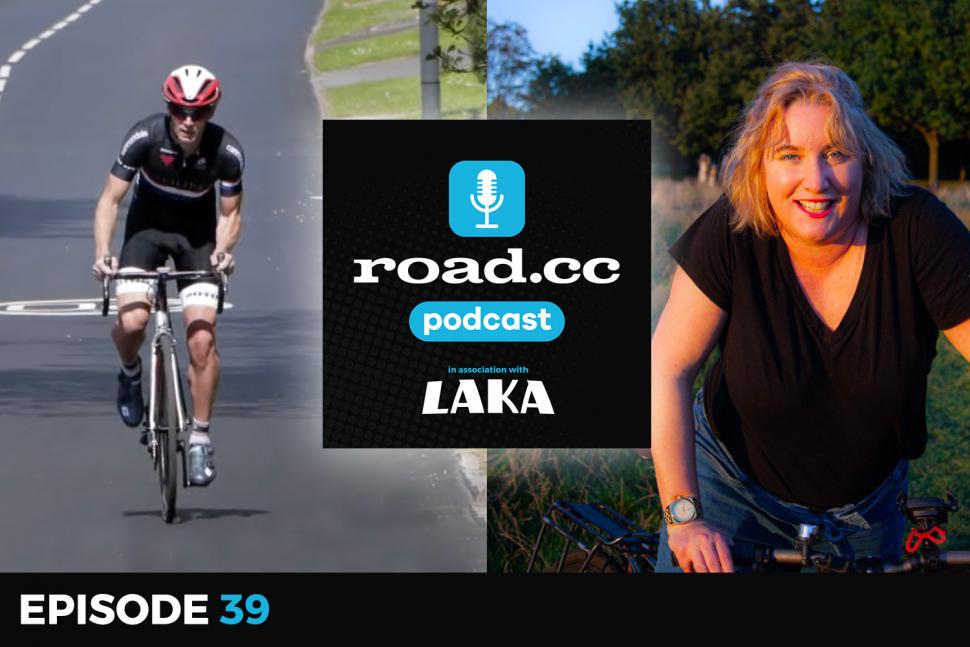 The latest episode of the road.cc podcast features one of Cycling UK's 100 Women in Cycling 2022, plus a three-time National Hill Climb champion...
by Simon_MacMichael

The latest episode of the road.cc podcast is now live, with our latest episode featuring Carla Francome, named today as one of Cycling UK’s 100 Women in Cycling for 2022 revealing how she stays calm despite the abuse she receives on social media, and National Hill Climb champion Andrew Feather sharing his training tips to help you improve your climbing.

There has been a lot of focus recently on the “dehumanisation” of cyclists on social media as well as on radio phone-in shows and in the comments sections of online newspaper articles – just last week, British Cycling warned that such abuse increases the danger on the roads for people riding bikes, and said that the problem seems particularly acute in London and the south east.
Carla, who lives in north London, is a strong advocate on Twitter for cycling and for active travel generally, including the low traffic neighbourhoods currently being rolled out in her home borough.

Her championing of such initiatives, however, sees her regularly becoming the target of online abuse – often, highly personal and misogynistic in its nature – something that would grind many people down.

But in an illuminating chat with podcast host George, she reveals the strategies she employs to counter the trolls, including engaging with them to try and find some common ground, and turning an insult hurled at her by a driver – “chunky bitch” – into a badge of honour she now sports on a t-shirt.

“A lovely man called Will from Twitter made me a chunky bitch t-shirt, which I was very excited about and other people got it, even skinny ones,” she explained. “People got a ‘chunky’ bitch t-shirt and it became a thing about kind of, you know, campaigning for chunky infrastructure or having a chunk of fun.”

Highlighting that only one in four regular cyclists in London are women, she makes a striking analogy.

“I do think that the female angle is extremely important,” she says. “And I see a bit like lifeboats, like, you know, in the olden days they would say, ‘women and children first’ for lifeboats. And I think you could say that.

She also outlines how categorising people as ‘cyclists’ or ‘drivers’ is in her mind both inaccurate and unhelpful, and her love of London taxis and support she has received from many black-cab drivers.

Part of the chat focus on interactions with a journalist that received widespread attention on Twitter last week after she tweeted that she was looking for a cab that could take her and her young daughter to a family-friendly ride, leading to her being accused of hypocrisy, and the journalist himself receiving some abuse on the social network; Carla told us that she’s since spoken to him to resolve that situation, and while their exchange is discussed on the podcast, has asked that readers respect that a line has now been drawn under the disagreement.

Also in this episode, Andrew Feather, who recently won the National Hill Climb Championship for the third time in five years, speaks to road.cc to share his training tips to help you become a better climber – whether that is in preparation for specific events, or just for your normal, everyday riding. There’s plenty of good advice in there for when the road heads upwards, whatever your level of fitness or experience.

> Video: The bike or the rider? The National Hill Climb champion vs Liam on increasingly inappropriate bikes