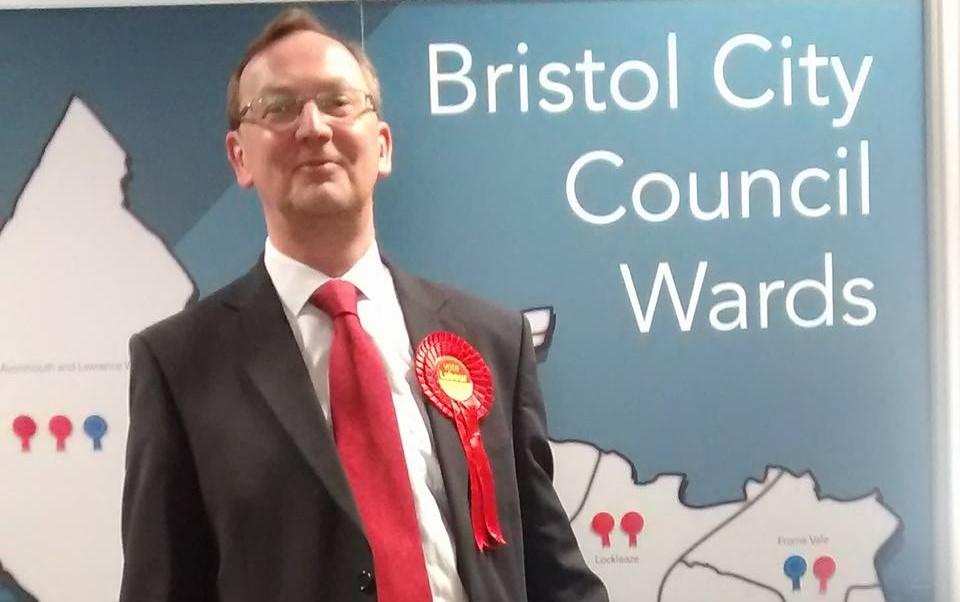 Bristol councillor Fabian Breckels has since somewhat backtracked on his comments, saying he has "no issue with responsible cyclists" but "inconsiderate cyclists can pose a real threat to pedestrians"...
by Dan Alexander

A Labour councillor in Bristol has launched a series of verbal attacks on a cycling campaign group and certain sections of the city's cycling community who, he says, endanger pedestrians.

Cllr Fabian Breckels waded into a Facebook post by Bristol 24/7 about the Mayor of Bristol's reply to a petition calling for safer streets for cycling, calling the Bristol Cycling Campaign "arrogant and dismissive of other road users" before calling out cyclists who are "often the biggest threat to pedestrians".

Cllr Breckels' post was soon edited to say: "Inconsiderate cyclists and scooter users can pose a real threat to pedestrians."

Now, the Labour councillor has partially cooled his war of words, insisting he has "no issue with responsible cyclists" and argued his "concerns about how one lobby group come across do not make me against cycling".

Cllr Breckels was challenged by the Green Party's Bristol leader Heather Mack who shared collision statistics from the Department for Transport which showed in Great Britain between 2009 and 2013 just two per cent of pedestrian casualties involved a cyclist, compared with 82 per cent which involved the driver of a car.

I asked Cllr Fabian Breckles to reconsider his attack on cyclists. His response was to double down on the 'dangers' (and ignore evidence of the greater harm caused by cars) Comment here on why you love cycling and what we think needs to change to make walking and cycling safer. pic.twitter.com/zYtxa0Qe38

Writing to the fellow Bristolian politician, Cllr Breckels asked for a "balance" between "conflicting travel needs and limited road space".

"Cycling is part of the solution, but it is not the be all and end all as we decarbonise how people get around our city," he wrote.

"I am all for sensible infrastructure to make cycling and walking safer for all. I am also fully supporting the Liveable Neighbourhoods pilot which will also make walking and cycling safer in our neck of the woods."

However, his reply was not totally without accusations of cyclists causing pedestrians danger. Cllr Beckels said his partner was nearly knocked down and both of them have "had near misses since".

"While many cyclists are sensible and considerate, and several in my group cycle, a few years back I had to deal with a cyclist objecting to a pedestrian crossing being installed on a busy road because it would inconvenience him. My trying to save pedestrians from taking their life in their hands just to cross the road didn't seem to matter to him.

"My partner was nearly knocked down by a cyclist in Broadmead when coming out of her bank in broad daylight. We've both had near misses since. I've become wary of cyclists in shared spaces because I have to get out the way of cyclists who are oblivious to my existence as a pedestrian far too often. I can still move quickly, not everybody can.

"A friend and her 70-year-old mother were knocked down in Bristol by a cyclist who then sped off. She raised the incident with the [Bristol] Cycling Campaign and got a whole lot of grief for it."

Returning to the Green Party leader's point, Cllr Breckels concluded: "By the way, I'd be interested to see the actual figures, rather than percentages from the table attached to your email, but even so one collision between road users is always one too many."