Number of cyclists killed on Britain's roads falls 21% in 2021

In total, 111 cyclists were killed on Britain's roads last year, down from 141 in 2020, although there was a slight increase in reported serious injuries and total casualties...
by Dan Alexander

The number of cyclists killed on Britain's roads dropped from 141 to 111 in 2021 compared with the year before — a reduction of 21 per cent — although the number of reported serious injuries, slight injuries and overall casualties all increased.

The figures come from the Department for Transport, which has published its annual report into the reported road casualties for cyclists, outlining the statistics and examining the main trends in collisions.

Cyclist fatalities accounted for seven per cent of the 1,558 reported road deaths in Great Britain in 2021, and 16 per cent (4,464) of the 27,450 killed or seriously injured (KSI) casualties that were reported.

Despite the decline in cyclist fatalities compared to 2020, 111 deaths remains the second highest calendar year total since 2014, and the number of serious and slight injuries increased marginally, while the total number of cyclist casualties was up one per cent.

The Department for Transport also examined the location, vehicles involved, time — and many other factors — and grouped reported casualty data between 2016 and 2021 to create averages and "to allow sufficiently robust analysis by age, sex and other variables".

Almost half (46 per cent) of all cyclist fatalities during that six-year window were in two-vehicle collisions involving the driver of a car, while 56 per cent of fatalities occurred on rural roads, far higher than the 29 per cent of traffic on such roads. 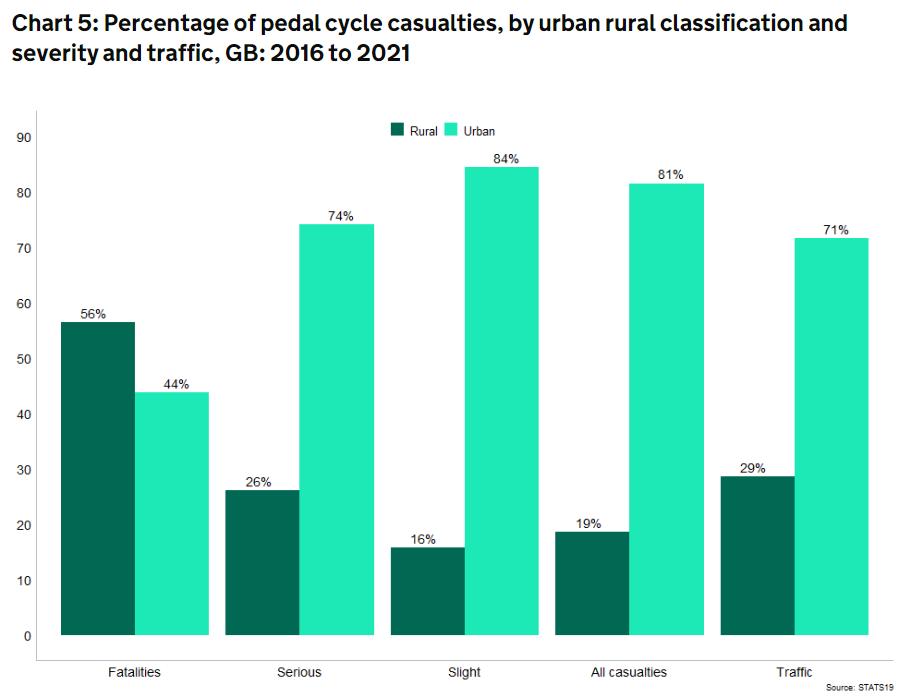 > Rural A roads are where cyclists are most likely to be killed, road.cc analysis reveals

In total, 40 per cent (543) of the 1,353 reported cyclist casualties involving a collision with an HGV being driven on Britain's roads resulted in the rider being killed or seriously injured.

When looking at trends for the time of collisions, the weekday peak mirrored morning and evening commuting hours, with most midweek KSIs happening between 7am to 10am in the morning and 4pm to 7pm in the evening.

By contrast, the pattern differs for weekends when there was a single peak around mid-morning (10am to midday) which gradually tailed off during the afternoon and evening. 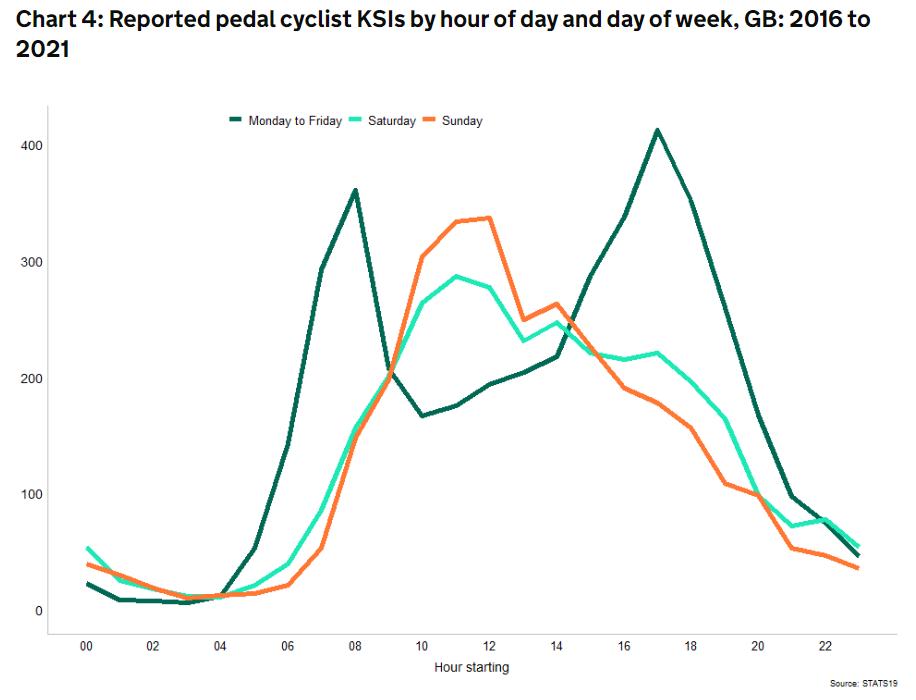 The Department for Transport also noted that between 2016 and 2021, 82 per cent of pedal cycle KSI casualties were male. 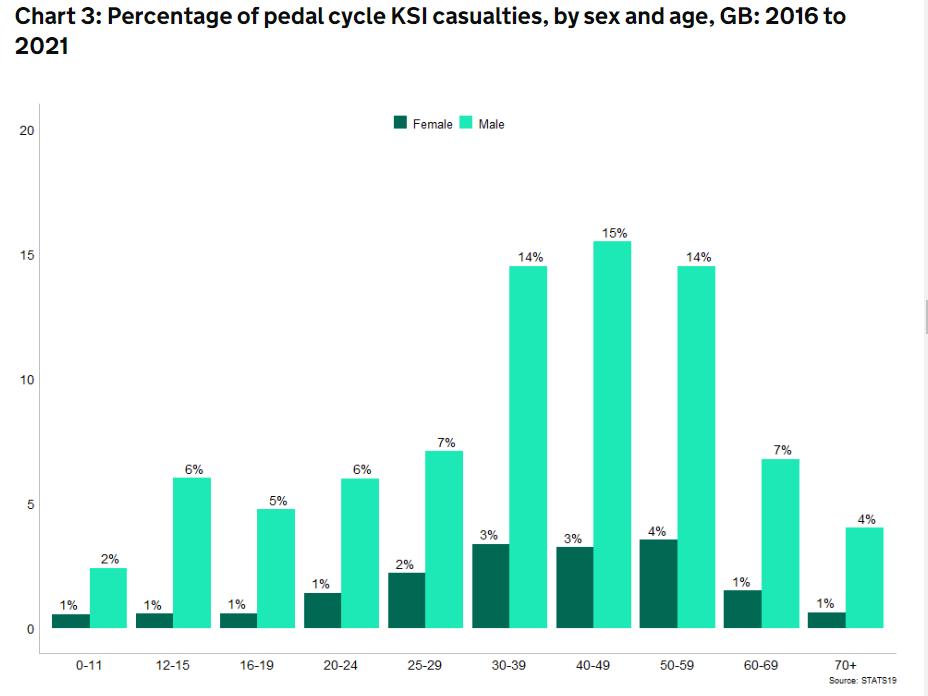 During the same period, 2016 to 2021, the Department for Transport says its figures show the majority of cyclist fatalities (59 per cent) did not occur at or within 20m of a junction, compared to 32 per cent of serious injuries.

The full Department for Transport 'Reported road casualties in Great Britain: pedal cycle factsheet, 2021' can be accessed on the Gov.UK website...