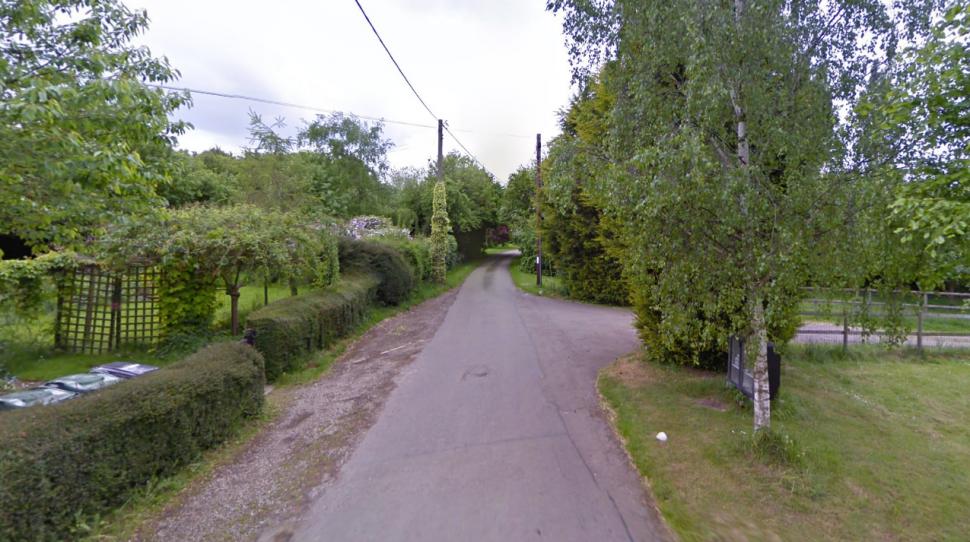 The enraged motorist allegedly dragged the teenager from his bike and threw him to the ground, before tossing the bike into a ditch
by Ryan Mallon

Police are appealing for witnesses after a teenage cyclist was allegedly assaulted and left bruised by an enraged driver who confronted the boy after clipping him with his wing mirror on a narrow country lane.

According to EssexLive, the incident occurred on Saturday 10 September, between 12.15pm and 1pm, on the Starling’s Green road near Clavering, Essex.

As the teenager was riding his bike on the narrow road, he was struck by a motorist’s wing mirror. After hitting the cyclist, the driver – a man reported to be in his 50s – turned his Mercedes around and confronted the youngster.

The motorist then dragged him from his bike and threw him to the ground, before tossing the bike into a nearby ditch and driving away. The teenager allegedly suffered bruising in the apparent road rage-induced assault.

The suspect has been described as a clean-shaven man in his late 50s with a stocky build and grey hair. He was wearing a neck chain, blue shirt and blue jogging bottoms at the time of the incident.

“If you have any information, dash cam or other footage in relation to this incident, then please get in contact with us,” a spokesperson for Essex Police said.

“You can let us know by submitting a report on our website or by using our online Live Chat service available Monday to Friday (excluding public holidays) between 10am-9pm.”

Anyone with information can also contact Essex Police by calling them on 101.

Last month, we reported that a 65-year-old cyclist was left with a dislocated shoulder and compound fracture to his arm after being assaulted by a motorist, who turned on the cyclist while arguing with another driver about a minor car crash in Derby.

Glenn Holland, a former army medic, claims that as he approached the scene of the incident, one of the motorists involved in the collision accused him of cycling on the road instead of the bike path.