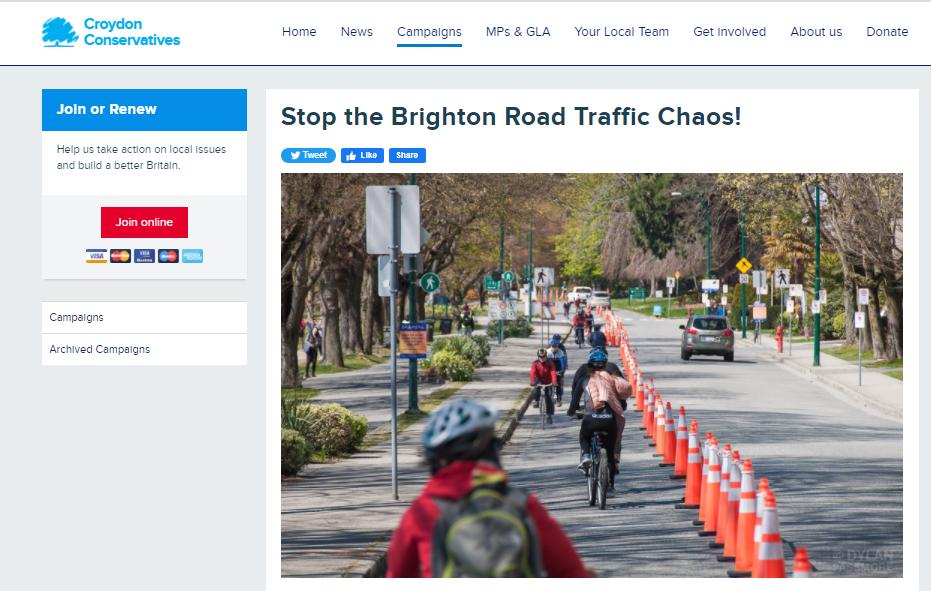 Croydon Conservatives' campaign page against a proposed segregated cycle lane uses a photo from 5,000 miles away in Vancouver...
by Dan Alexander

A Conservative mayoral candidate's campaign proposal to scrap a cycle lane to "stop traffic chaos" is illustrated online using a photo from Vancouver in Canada, 5,000 miles away from south London.

Inside Croydon spotted the Croydon Conservatives' campaign page, which asks readers to sign a petition to protest the Labour-run council's plans to build a segregated cycle lane on the A235 Brighton Road, uses Dylan Passmore's photo, taken in April 2020, of a Canadian cycle route segregated using cones in response to the pandemic.

The page titled "Stop the Brighton Road Traffic Chaos!" is signed by Cllr Jason Perry, Croydon Conservatives' mayoral candidate for the upcoming election in May, and says:

We have been contacted by large numbers of residents about Labour’s proposals to segregate the cycle lane and bus lane, with barriers, along the entire length of Brighton Road. The cycle lane will be separated with orange barriers, and will run all the way from Purley, up to the Swan & Sugar Loaf.

This will cause huge amounts of congestion and damage local businesses by removing parking & loading bays - even at 'off-peak' times of day, which is even more impacted by the decision to make the existing bus lanes 24/7.

Labour's candidates think these measures are "extremely welcome", but we are calling on the Labour Council to scrap these plans. If you agree, please turn over and sign our petition!

We think that it’s time the Labour Council started listening to Croydon.

The "barriers" referred to above, as per Croydon Council's letter notifying councillors of the proposed changes, will be plastic wands. 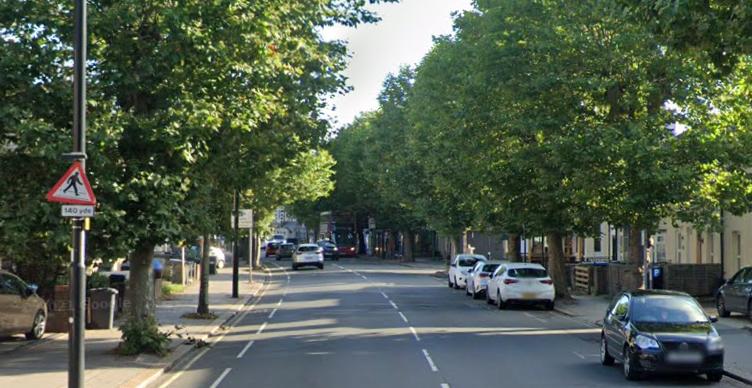 Bus lane operating hours are also to be extended to 24 hours a day, seven days a week, as well as increasing footway space and improving crossings.

As part of the experimental traffic order framework the changes can operate for up to 18 months while it is monitored and assessed.

Unlike other traffic projects experimental orders are constructed first and then the consultation happens during the opening six months of it being operational, after which a decision is made on whether to make the changes permanent.

Cllr Perry and Croydon Conservatives have made transport issues central to their mayoral campaign, opposing low traffic neighbourhoods too.

Croydon's residents will go to the ballot box on 5 May to elect their next mayor, a choice likely to be between Tory Cllr Perry and Labour candidate Val Shawcross who will be looking to keep the borough under her party's control following their 41-29 seat success in 2018.