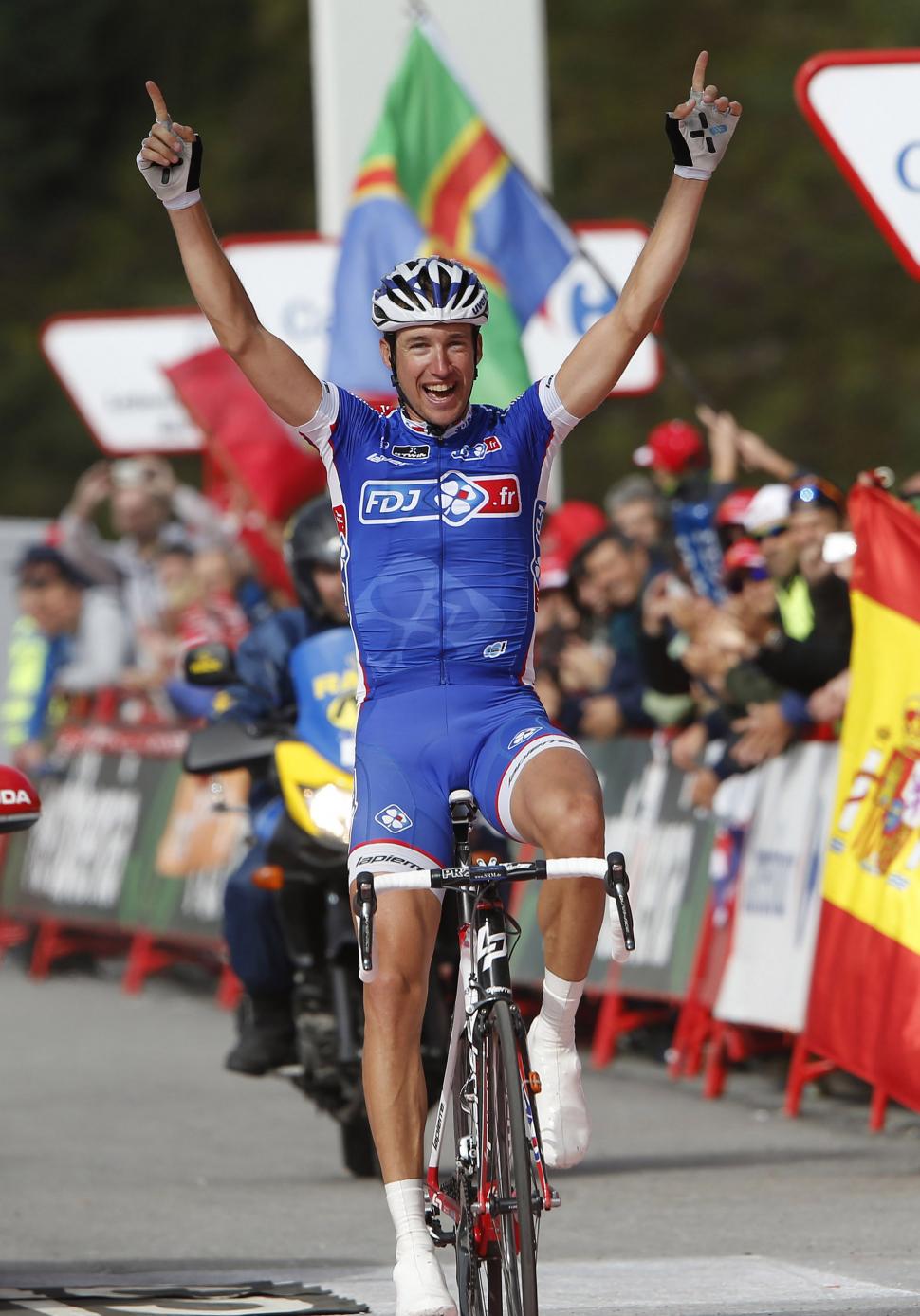 However, the statement failed to directly address Geniez’s conviction or his future in the peloton, amidst reports that the team – who allowed the 33-year-old to continue racing while the court case was ongoing – is awaiting a decision from the UCI’s Ethics Commission before taking any disciplinary action.

On Wednesday it was reported that Geniez was handed a four-month suspended prison sentence and fined a symbolic €1 by a court in Rodez after his former wife, Lucie Garrigues, accused him of physical abuse dating back to February 2020.

At a January court hearing, Garrigues alleged that Geniez had thrown a phone and made verbal threats towards her on 7 November 2021. She also produced medical certificates for another incident later that month, which showed a haematoma to her forehead and caused her to miss a day of work. Audio recordings of Geniez’s threats were used as evidence against him.

Following the sentencing, the UCI claimed that it had not been previously aware of criminal proceedings against Geniez and said that the case would fall under the governing body’s Ethics Commission, which has the power to ban the rider from racing.

> Alexandre Geniez accused by his ex-wife of violent conduct

Geniez’s TotalEnergies team were silent on the matter until Friday evening, when a statement was released indirectly addressing the case.

The statement, issued on the team’s website, reads: “Team TotalEnergies condemns all forms of domestic violence, and wholeheartedly supports action to prevent and combat such abuse.

“Respect for people and the acquisition of responsibility are cardinal values that are supported by and shared within Team TotalEnergies.

“The team pays close attention to any situation that could violate these principles, and reserves the right to take appropriate disciplinary action in the event of proven misconduct.”

It is unclear if the team will continue to select Geniez for upcoming races, as the former FDJ rider is reportedly looking to appeal the guilty verdict.

TotalEnergies has been heavily criticised for both the ambiguity in its statement and its handling of the entire affair. Geniez raced for the team throughout the court case, which was first reported in mid-January, including at the Saudi Tour and Tour of Rwanda, where he won two stages.

From TotalEnergies’ statement regarding a reported domestic abuse sentence, to @UCI_cycling not even replying to a request for comment when Patrick Lefevere made light of the same topic last year, it’s shameful. They’re meant to hold people, no matter their stature, accountable.

There have also been calls for the UCI to take action against the team, sponsored by oil company TotalEnergies, in the wake of Russia’s invasion of Ukraine. The company, which has large natural gas investments in Russia, announced on Tuesday that it would no longer provide capital for new projects in the country. However, it stopped short of following competitors such as BP and Shell in ending its involvement in Russia.

Earlier this week, the UCI banned teams registered in Russia or Belarus, such as the professional continental squad Gazprom-RusVelo, from all events sanctioned by the governing body.