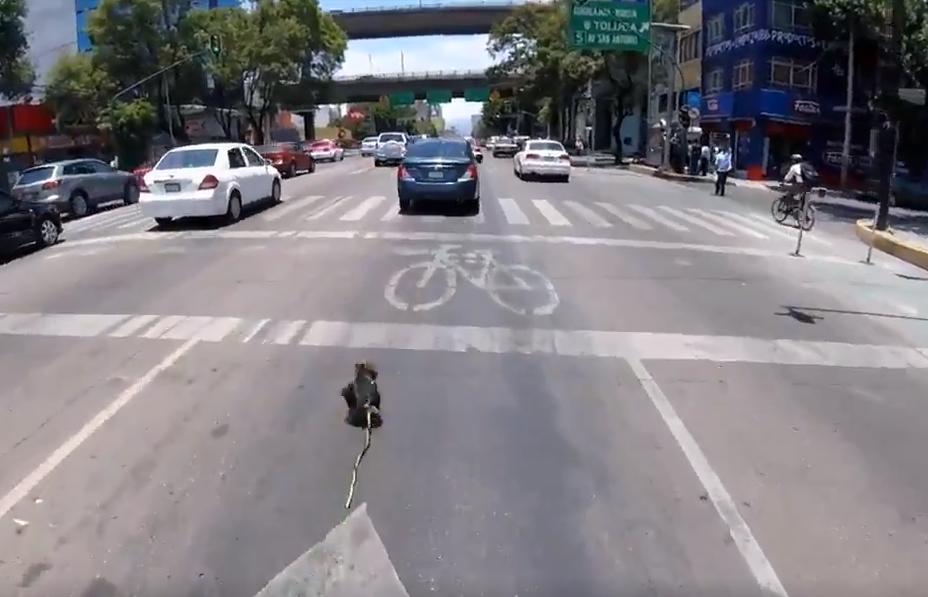 Footage of a cyclist chasing after a runaway Yorkshire Terrier as the dog dodges traffic on a busy road has done the rounds on UK social media this weekend.

There's a happy ending, though, as a workman manages to grab the pup's lead after it reaches the pavement having previously crossed several lanes of traffic.

The footage was shot three years ago on Avenida Revolución, one of Mexico City's busiest roads, by a cyclist who had seen the dog get away from its owner.

One car even went straight over the poor canine, which luckily emerged unscathed from the rear of the vehicle and resumed its running, trailing its lead behind.

Meanwhile the cyclist shouted and gesticulated at motorists to make them aware of the dog before managing to marshal it to safety.

The Fast And The Furriest. Now THIS is an action movie.. pic.twitter.com/7HNepEv0lu

We covered the video when it first emerged in 2017, but after its reposting this weekend by a London-based Twitter user we thought it was too good not to share in case you missed it first time round.

I tried to twist my phone so I could see around some of the parked cars so I’d say I was hooked. It entered looney tunes level when the steam roller showed up, I thought the little guy was going to get paved. Same energy- https://t.co/Mp0JEqSo0L

Blimey. As tense as the opening of any Bond movie!