8
10
Entertaining account of what family life is like during a Grand Tour, and an unusual explanation of the sport from a newcomer's perspective
Entertainingly written
Not a regular biography
Of interest to more than Roglič fans
You will be disappointed if you wanted a biography
Weight:
585g
Contact:
www.pipins-book.co.uk
How we test

What's it like being the partner of a top-level cyclist? What's it like when you are both trying to learn the ropes of a new sport? In Kilometer Zero, Lora Klinc describes her life as Primož Roglič's wife while he was winning La Vuelta a España for the first time – and she was supporting both him and their young child.

Whatever other claims to fame that Lora Klinc might have, it is inevitable that her book Kilometer Zero will primarily be of interest to people because she is the wife of Primož Roglič. Roglič himself came to our attention when he arrived on the cycling scene after a successful career as a ski jumper; however, rather like the late Laurent Fignon, he risks being remembered as much for the races that he loses as for those that he wins.

Before receiving the book, I thought that Kilometer Zero might be a 'complementary biography', rather like Anne Obree's, where she was able to say things that Graeme couldn't in his own one. It isn't, not least because Roglič's own biography hasn't appeared yet. With any luck Klinc will consider that for the future, because based on what we see here, she would make it highly entertaining.

When I did get the book, I found that each chapter started with a one-page summary of a stage of the 2019 Vuelta, and I feared that it might become a blow-by-blow account of the race. I appreciate that Roglic's first Grand Tour win will have considerable significance for the family, and they might want to relive it, but it's of limited appeal to me.

But while the writing is indeed structured around that contest, it is not a race report; it actually follows two main strands, being part 'beginners guide to racing', and part 'life with a professional cyclist'. The idea for the book came from a regular newspaper column that Klinc wrote, and the style reflects that. 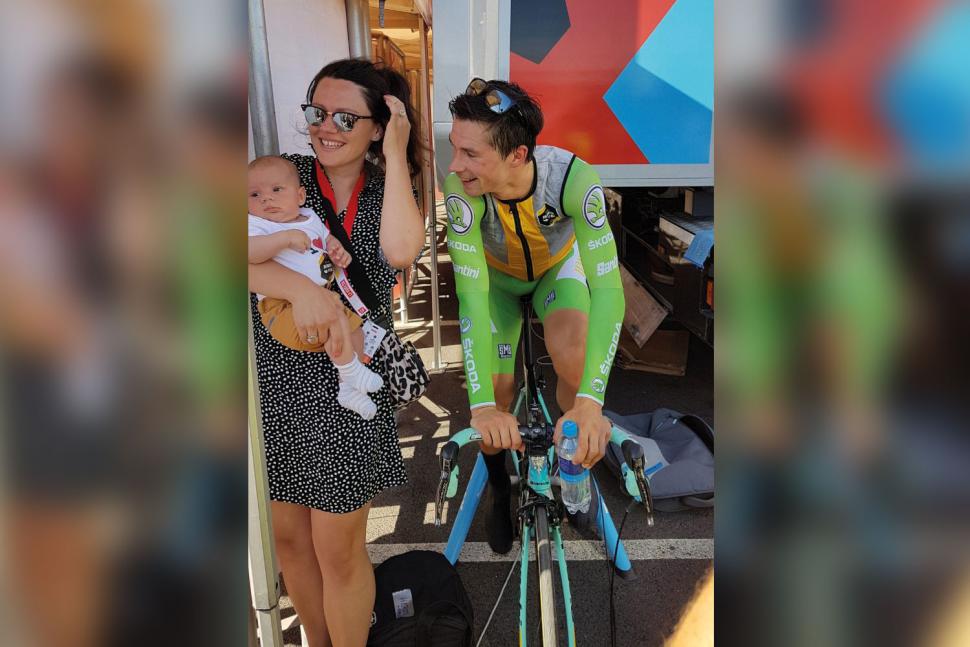 I am sure most of you have had the experience of friends asking you questions about the Tour de France, which remind you just how much of our knowledge we take for granted. You soon realise how illogical cycle racing can look to an outsider. For example, every time Cav won a stage this year I would be asked if he was now leading the race, or why his lead-out man didn't try to win himself.

Once Roglič started cycling, Klinc wanted to ask those sorts of questions, but rather than risk coming across as an 'airheaded bimbo' (her words, not mine), she went in search of the answers. Obviously Roglič could be of some help, and there are extensive quotes from him, but it is surprising how much he doesn't need to know, because he just gets told what to do.

I found it interesting to see how a relative newcomer views the sport, and the information they look for. Klinc's answers may not add much to your own knowledge if you are already well-informed, but most people would struggle to explain the sport so well to a novice. Only someone who was in the same position herself until recently (and had done her research well) could pitch her explanations at the right level. Extensive footnotes add a bit more detail to help when necessary. 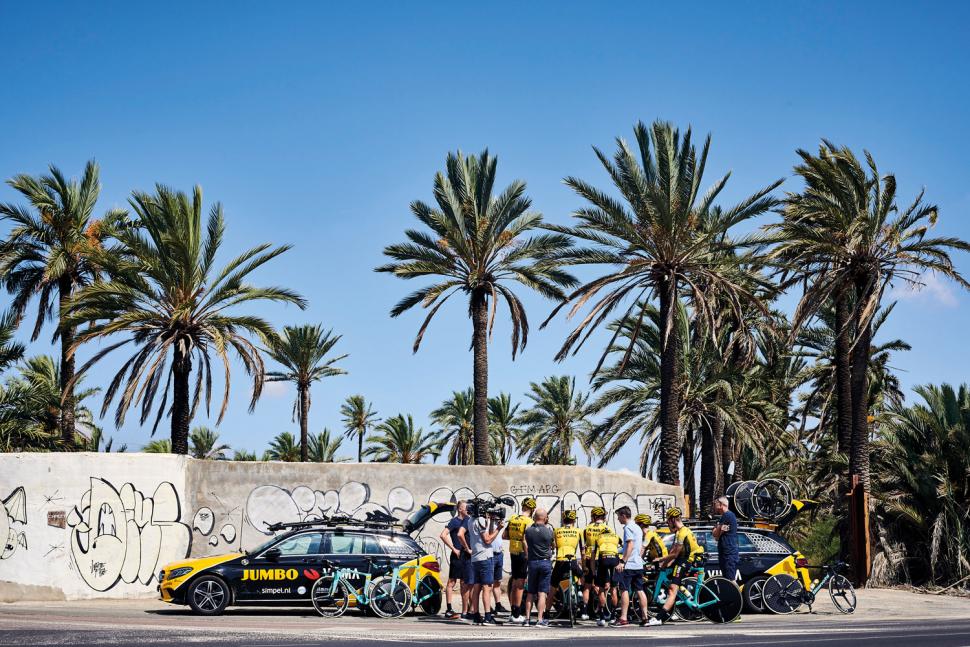 Here's a simple example: 'When a rider abandons, another rider cannot replace him. To put it plainly, there is not a reserve bench in the cycling races. So Primož had only six teammates left.' We know not to expect substitutions, but someone familiar with a different sport might, so it makes sense to point it out.

As Roglič himself says in the introduction, 'I would be lying if I said that I wouldn't put some things differently, but then it wouldn't be her book.'

The book's other narrative is what you do while your partner is racing, both when on and off the bike. Given that Klinc spends quite a lot of time following the race round in a campervan, occasionally this can turn into a travelogue with the sort of humour and misadventure that would make Tim Moore jealous. Maybe that's another idea that Klinc could pursue?

It's not all glamour and glitz: sometimes it's the simple things in life that can bring the greatest pleasure. On a rest day: 'I washed my hair in the hotel room while my guys were rolling around on the bed. A moment of family bliss in the vortex of a hectic three-week race.'

That sounds like a more harmonious occasion than when Klinc tells Roglič to 'stop whining and piss off and go get that jersey that is rightfully yours', when Roglič was feeling a bit sorry for himself after a crash.

The book was first published in Slovenia last year, and I like the way that the English translation manages to maintain the style of Klinc and her language, which makes it believable that you are reading her own words. To put it another way, we still get all the little quirks in language that non-native speakers often have, making it more authentic. There are a few instances where the terminology might not be correct, such as 'the chain slipping off the gearwheel', but that is the word often used by non-technical cyclists.

You wouldn't have to be a cyclist to appreciate this book, nor would you have to be a fan of Roglič; the former can appreciate the explanations from first principles, the latter can find out a bit more about the man, and both can enjoy the entertaining writing with its quirky humour.

Entertaining account of what family life is like during a Grand Tour, and an unusual explanation of the sport from a newcomer's perspective

Primož Roglič is probably one of the most intriguing figures in the road cycling world.

Partially because he joined the peloton relatively late, not owning a bike until in his twenties, so expert commentators could not follow his development from earlier years; partially because he is not of the most talkative nature. Rather, he lets his legs do the talking. Therefore, it is a privilege to finally get a chance to peek into the universe of this unusual cycling star, through a wittily written story from the pen of his life partner, Lora Klinc.

Kilometer Zero takes us back to Vuelta a España of 2019, where Primož achieved his first Grand Tour victory. The book is written in three parts, all incredibly well interweaved. On one hand it serves nearly as an introduction to cycling, explaining the written and unwritten rules of this sport, where it seems you are free as a bird, but you are much more part of a team than in many 'proper' team sports. On the other it takes us on an emotional roller-coaster ride, through moments of pain, suffering, sadness, loneliness, yet incredible gratefulness, happiness and most of all, love. All following the twenty-one stages and two rest days of La Vuelta.

It is a story about the man who stole the hearts of the cycling world, written by the woman, who stole his. A true writer, whose thoughts are deposited on paper with such captivating emotion and touch, that you will not be able to put the book down. And you will not want it to end.

It's a different perspective on racing.

Reveals very little about Roglič, which many will expect...

Quite expensive for a book with this amount of colour and pages.

It's an unusual book that takes advantage of the opportunities that Lora Klinc has to talk about the sport from a different perspective.