Own your personal velodrome

If you fancy yourself as a track star but can’t be doing with the commute to train on the boards, Leeds-based Tiger Sheds is offering a Cycling Log Cabin with a built-in velodrome for £49,500.

There’s just the slightest chance that Tiger Sheds isn’t expecting too many orders here, getting in on Olympic interest by also offering a 100m Log Cabin for sprinting – it's a long, then shed, essentially – and a 10m Diving Log Cabin for installing next to your swimming pool.

Let's have a pic of that one. It's a sight to behold. “Like nothing else of its kind on the market today, this high quality cabin and cycling track is perfect for serious cyclists who want to take it to the next level,” says Tiger Sheds. 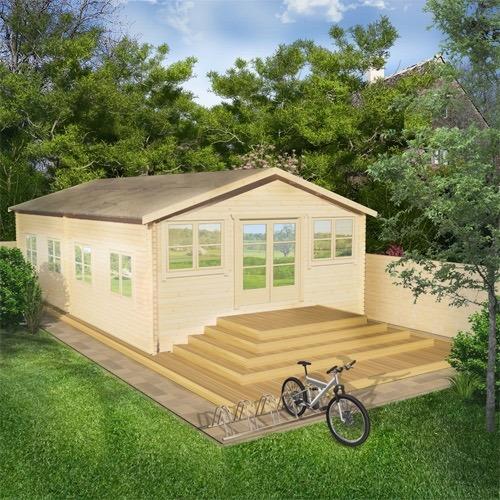 “You and your friends can challenge each other to some intense races inside our brand new cabin, made with high-grade interlocking planed and finished logs. The cabin also includes indoor storage to keep your bike stored away safely all year round.”

The cabin is made from 44mm interlocking planed and finished logs and is said to be easy to assemble. The main feature, though, is that it houses a mini-velodrome. 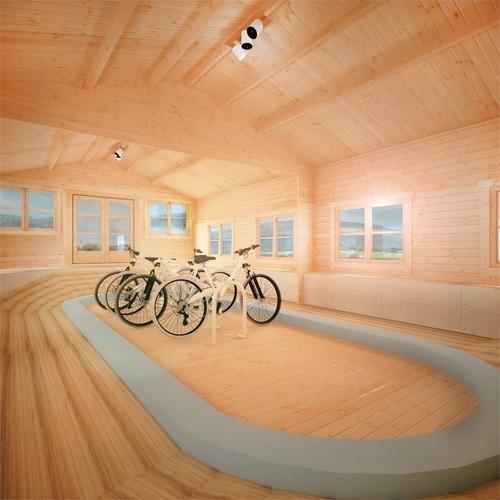 Tiger Sheds guarantees that you will win a gold medal within 10 years of buying the cabin. However, it doesn’t say where that gold medal will come from, and there are conditions attached, including that you have to train at least six hours a day and be open to the idea of random drug tests.

“I can do a lap in four-and-a-half seconds, that’s much quicker than they do on the telly! Going to win a gold medal for sure,” says, um, Chris Broom.

Russian Cyclist is less complimentary: “After just being disqualified for the cycling event i have no use for this product - a waste of time!” 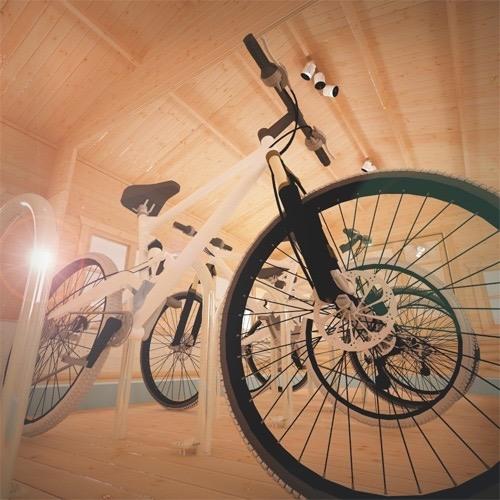 We’d still like one. Tiger Sheds also do a lot of sheds, if you’d like one of those instead.