​Specialized has enjoyed huge success with its genre-defining Roubaix since its launch way back in 2003, and for 2017 there’s a brand new Roubaix which is the most radical version we’ve ever seen: it has a front suspension damper housed in the head tube.

The launch of the original Roubaix ushered in Zertz dampers, sections of elastomers locate in key places like the fork blades and seatstays to provide added compliance. The endurance bike category has evolved rapidly over the years and most manufacturers have developed their own approach to providing a smoother rider, such as Bianchi with its CounterVail or Trek and its twin IsoSpeed decouplers. 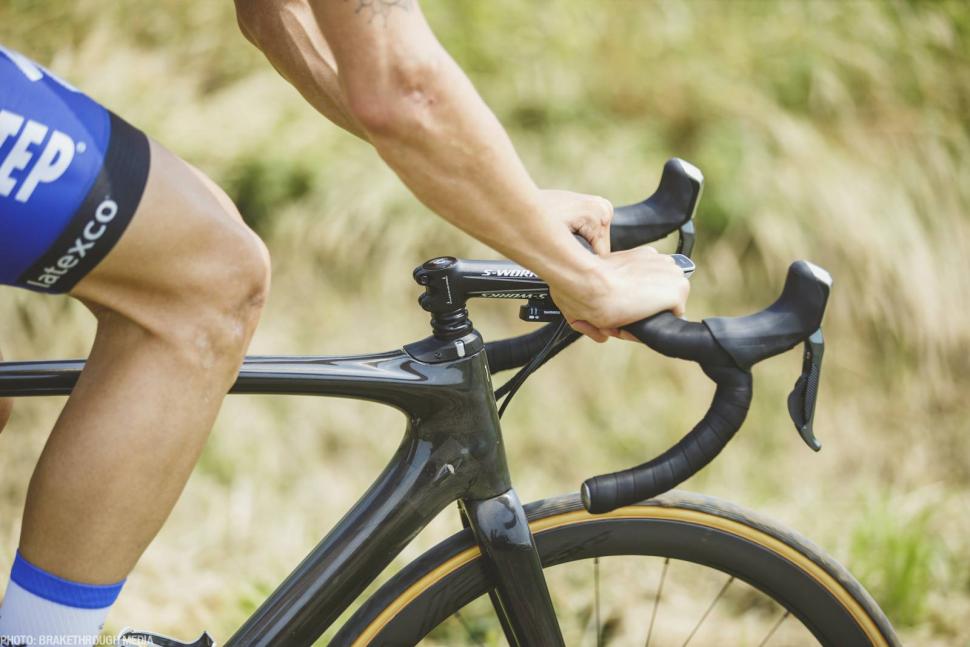 It’s clear the market has moved on and Specialized felt the need to produce something radical for the long-awaited update of its popular Roubaix. In a nutshell, it has developed a frame that is lighter than the old Roubaix, has a damper unit housed in the top of the head unit to isolate the handlebars from the bumps and updated the fit and geometry with a lower stack than the previous model. Oh, and it takes 32mm tyres now and it’s disc brake only.

Through working with McLaren it developed a rolling efficiency simulator to help the company better understand what “smooth” actually means and how the rider and the road interact. Many endurance and comfort focused road bikes these days rely on splay deflection, where a part of the frame, fork or seat tube is able to move fore-and-aft. It only provides a limited amount of comfort, though. Specialized, through its testing, decided axial compliance, where the fork can move vertically up and down, provided the smoothest ride and met its criteria for the all-new Roubaix. 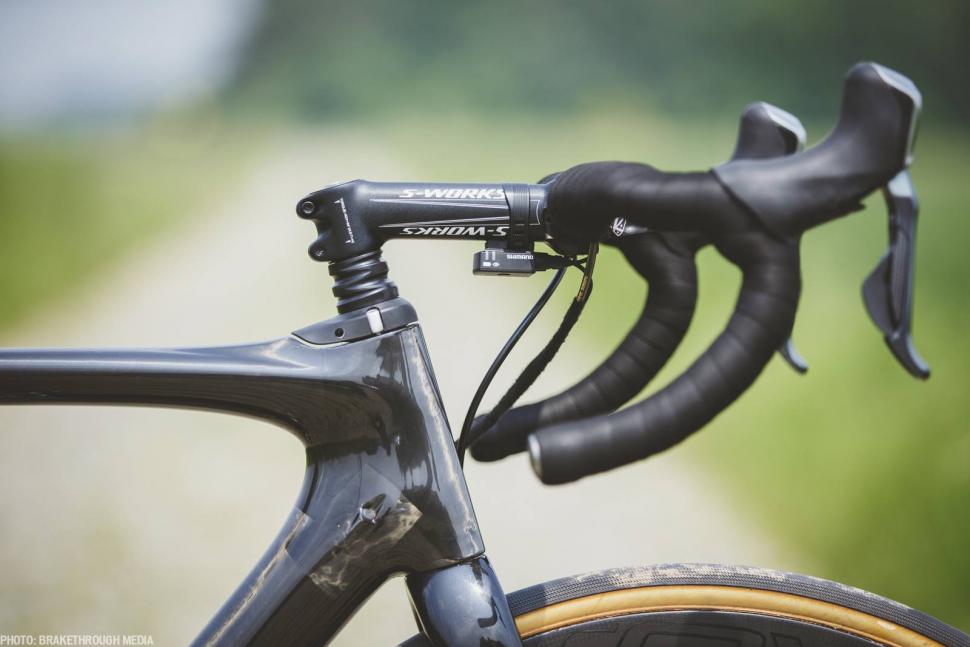 We're talking suspension, of course. To incorporate suspension into the front-end of the new Roubaix, it had two choices. Either between the head tube and fork (effectively a suspension fork) but with the downside of producing a taller front-end. Or it could put the suspension above the head tube and maintain the low front-end stack position. It went with the latter, with the most radical design we’ve yet seen on an endurance road bike, even including the latest Trek Domane and its flexing steerer tube. 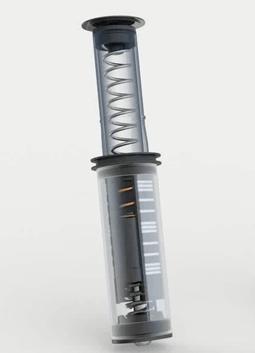 So the Zertz inserts have gone, and instead Specialized has developed the FutureShock, a cartridge damper that is located above the head tube and allows the stem and handlebars a range of 17mm of downward travel and 3mm of upward travel. The idea is to better isolate the rider from the bumps, cracks and cobbles in the road and provide improved traction. Specialized tells us the result is a 5.% improvement in vertical compliance over the previous Roubaix. As well as providing more comfort, it also promotes the benefits of increase traction, as the front wheel is able to better track the road surface.

The damper is a completely sealed unit, a tube within a tube with three small springs and rows of needle bearings keeping it smooth. It sits directly on top of the steerer tube with a special headset collar to house the bearings and the stem clamps onto the shock. The damper can be tuned with different springs to suit different weight riders. It's an elegantly simple design and not as complicated as it might sound - Specialized whipped it all apart in 30 seconds and showed us how easy it is to install and make changes to the setup.

We obviously asked about reliability and durability, and Specialized assures us it has carried out extensive testing to ensure it ticks those boxes. The system is completely sealed and wrapped with a rubber seal, so it looks as though it should cope with a British winter, and it recommends an 18-month service interval. We can definitely see applications for this technology beyond the Roubaix. road.cc hasn’t ridden the new bike yet (a test bike is winging its way to us as you read this article) but we’ve felt the suspension by pushing down on the handlebars. Yes, it's not a test as such, but it revealed how remarkably sensitive to even the smallest input on the handlebars the damper is. According to the Specialized people we spoke to the ride feels very natural over rough roads and even when sprinting out of the saddle.  Of course, they would say that, but we'll find out for ourselves when we get out on a test bike. 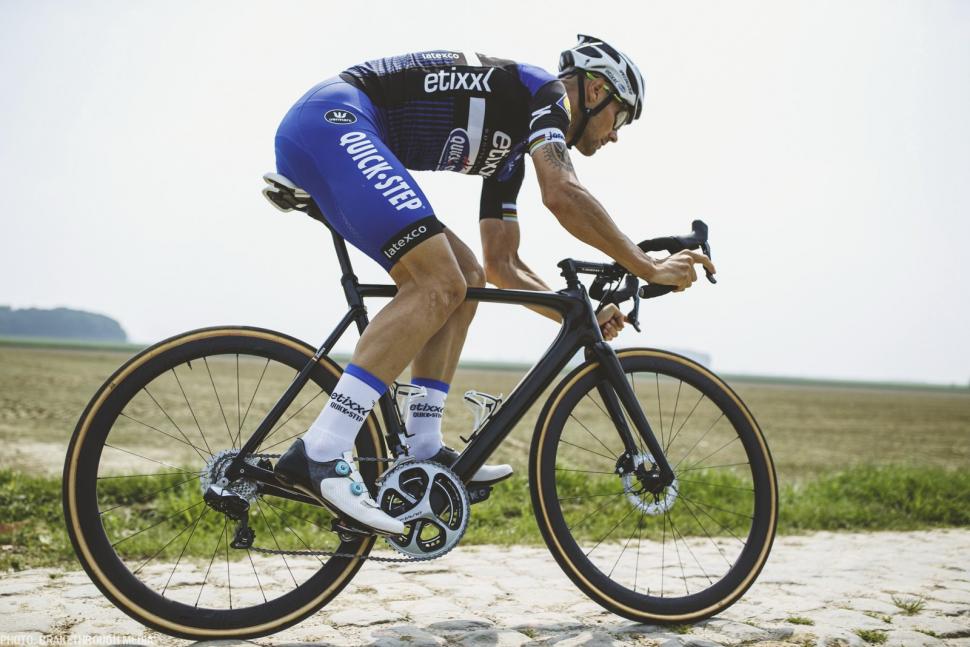 Some people accused the original Roubaix of having a head tube that was too tall. The new Roubaix has a geometry that is closer to its Tarmac race bike, but through a system of easily replaceable head tube top caps, the position of the original Roubaix can be achieved. So if you want it relatively slammed, you can but if you prefer the high position of the current Roubaix, that’s possible too.

To put some numbers on it, the new Roubaix has a 30mm lower stack and it’s also stretched the reach out 10mm. The fit and position can be adjusted both with a choice of head tube top covers or a choice of three handlebars with flat, mid and high shapes. It’s essentially trying to offer a huge range of adjustability and customisation. 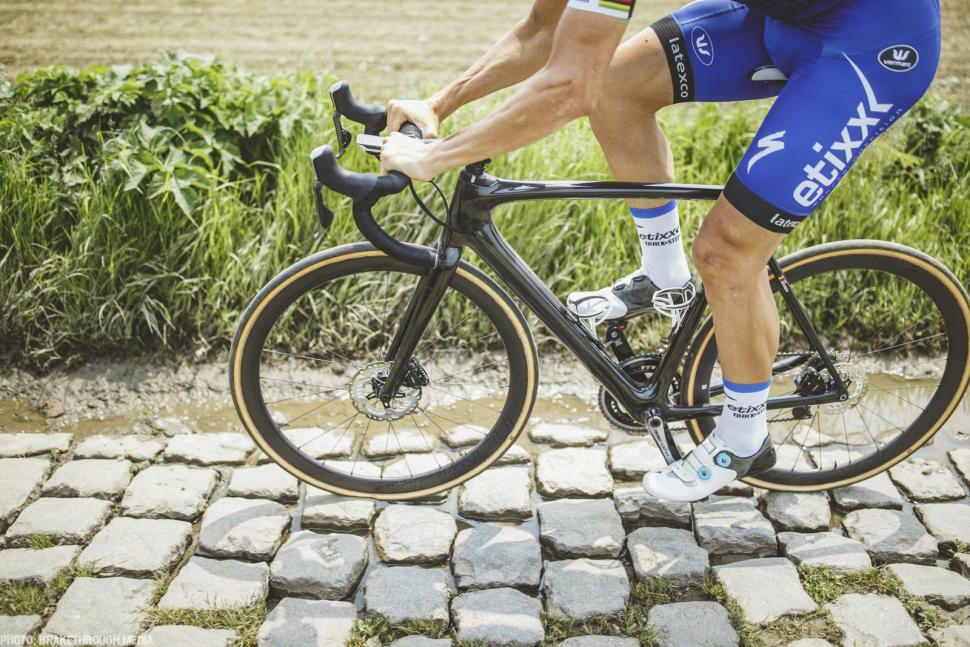 The new Roubaix is also lighter than the old model. Even though the cartridge weighs 200g on its own, it’s managed to shed weight from the frame so that it now comes in at a claimed 700g with the fork adding 300g, so a bike close to the UCI weight limited should be easily possible.

One very interesting change is the switch to a traditional external threaded bottom bracket. Press-fit has lost a lot of fans over the years with customers and are manufacturers now listening? Could this be the start of the end for press-fit?

Specialized has also added SWAT (storage, water, air, tools) to the bike, a completely optional compartment that sits at the bottom of the down tube and is a smart alternative to a saddle bag or stuffed jersey pockets. It has rolled out SWAT already on its mountain bikes and it’s been quite successful there.

“The idea of a perfect road is a fantasy, and you don’t have to go all the way to the battered cobbles of Northern France to know this. We encounter this truth on every ride, after all. No matter how fresh or new the road, they’re all uneven, chipped, cracked, downtrodden—a homegrown version of our own Hell of the North. We believe, however, that one bike is capable of conquering along both fronts, for home and for eternal glory, and that bike is the all-new Roubaix. 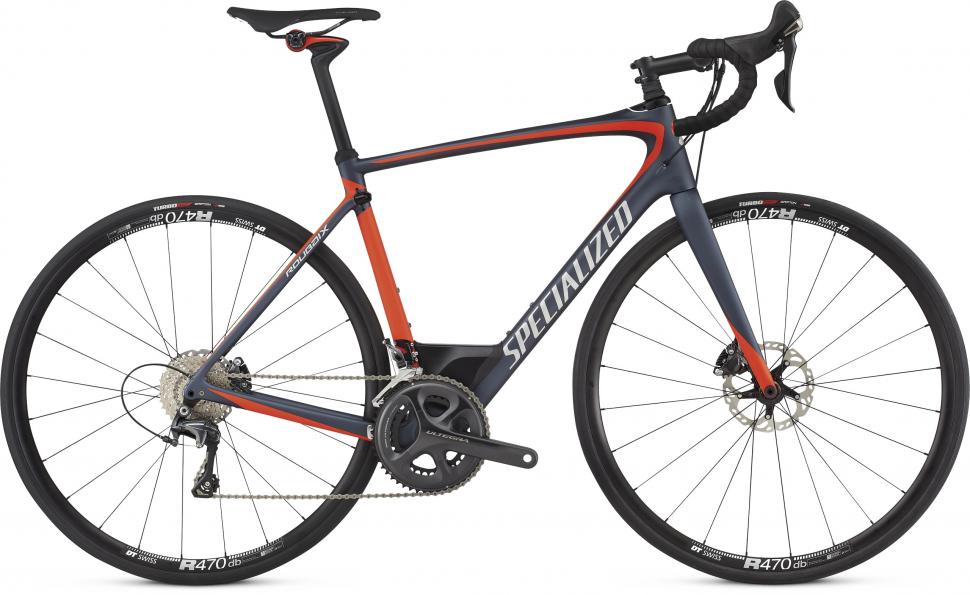 There will be six Roubaix models priced from £1,900 for the Elite up to £7,500 for the eTap model. We’ve got one of the first test bikes coming to the office very soon and we’ll give you a first look at soon as it arrives.

Watch out for first look and first ride soon.